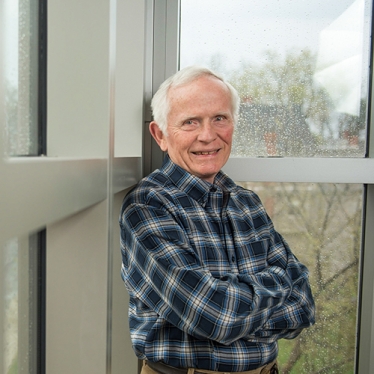 He is the author of Slavery in the Structure of American Politics, 1765–1820 (winner of the Annisfield-Wolff Award) and To the Best of My Ability: The Presidency and the Constitution. From 1983 until 1990, as director of research for the Committee on the Constitutional System, Robinson edited Reforming American Government and wrote Government for the Third American Century. With Professor Ray Moore of Amherst College, he co-edited The Constitution of Japan: A Documentary History of Its Framing and Adoption, 1945–1947, and in 2002, he and Moore published Partners for Democracy: Creating the New Japanese State Under MacArthur, a study of the framing of Japan's postwar constitution. After his retirement from Smith, he wrote Town Meeting: Practicing Democracy in Rural New England and, with Phyllis Kirkpatrick, he co-edited History of the Town of Ashfield, Volume III, covering the years from 1960–2010.

In the mid-1980s he was an adviser and panelist on Fred Friendly’s PBS series The Constitution: That Delicate Balance. He was a consultant to The Ford Foundation on comparative constitutionalism and lectured on the U.S. Constitution in Israel, Japan, China, Hong Kong and the United Kingdom. Since 2004 he has written a monthly column on politics and culture for the Daily Hampshire Gazette in Northampton.