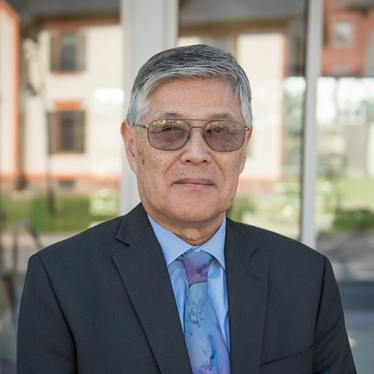 Dennis T. Yasutomo’s field of research is contemporary Japanese foreign policy, and he is the author of numerous books and articles on Japanese politics and diplomacy. As a two-time Fulbright scholar, Yasutomo affiliated in Japan with the Policy Research Institute of the Ministry of Finance and the Institute of Developing Economies of the Ministry of Economy, Trade, and Industry. He has also conducted research in Germany as a visiting scholar at the German Council on Foreign Relations (DGAP), the German Institute for International and Security Affairs (SWP) in Berlin, and in the School of Business, Economics and Social Sciences at the University of Hamburg as Smith College's short-term Hamburg Exchange Fellow. In 2013, Yasutomo was invited to deliver an Eminent Speaker’s Forum address at the Asian Development Bank in Manila. At Smith, Yasutomo has served as director of the program in East Asian Studies. He is active in study abroad activities and served during the 2000–01 academic year in Japan as the resident director of the Associated Kyoto Program, Smith's consortium study-abroad program at Doshisha University, serving concurrently as a visiting researcher in the faculty of law. Yasutomo teaches courses on comparative politics and international relations focused primarily on the Asia Pacific region.

Japan's Civil-Military Diplomacy: The Banks of the Rubicon (Routledge, 2014).