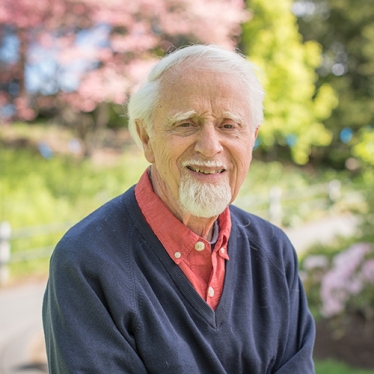 Dean Flower has taught a range of courses in American literature, including Modern American Writing (1914–40), Recent American Fiction, Realism and Naturalism (1865–1914) and seminars on such subjects as Henry James, William Faulkner, Poe and Nabokov, Dickinson and Bishop, Welty and Morrison, Landscape and Ecology, and Literature and Painting of the Gilded Age. He also teaches occasionally in the Film and Media Studies Program, which he helped to establish at Smith, including courses in film noir, Alfred Hitchcock, Ingmar Bergman and a course called Mystery, Cinema, Narrativity, which theorizes cinematic narrative.

Flower has written monographs on Henry James and John Updike; edited anthologies of short novels, American short stories, Thoreau and James; and articles and reviews in The New England Quarterly, The Massachusetts Review, Essays in Criticism and The Hudson Review, where he has also served as advisory editor since 1982. His essay "In the Village and Other Stories," about narrative in the poetry of Elizabeth Bishop, appeared in the Autumn 2013 issue of The Hudson Review.