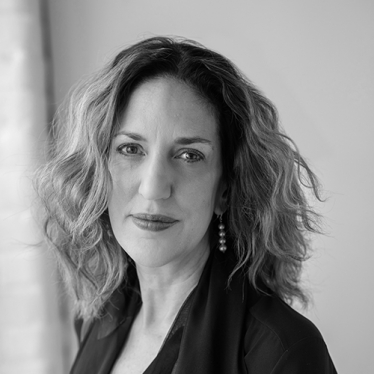 Darcy Buerkle is Professor of History at Smith College where she served as chair of the department from 2018- 2021. Professor Buerkle has held the Walter Benjamin Chair in German Jewish History and Culture at the Humboldt University-Berlin and from 2014 to January 2016 she was director of the Five College Women’s Studies Research Center, which is housed at Mount Holyoke College. She is a current elected member of Smith’s Faculty Council (2020-2024).

Buerkle has been honored with two teaching awards granted by the Student Government Association at Smith. Her typical course offerings include two surveys in European women's and gender history (HST 252 and HST 253), in addition to a range of colloquia and seminars such as Memory and History (HST 246) and Recent Historiographic Debates in Gender and Sexuality (HST 286). She teaches advanced topical courses (HST 350 and HST 355); recent topics include: Gender and the Holocaust, Gender and the Archive, Blackness in Europe and Histories of Humanitarianism.

Her research focuses on modern European women's and gender history with an emphasis on German and German Jewish women's intellectual and cultural history. She has worked extensively on the history of emotion and German visual culture of the early 20th century. Buerkle’s first book, Nothing Happened: Charlotte Salomon and an Archive of Suicide, was published in December 2013 by the University of Michigan Press; a co-edited volume with Skye Doney titled Contemporary Europe in the Historical Imagination is forthcoming in early 2022 from the University of Wisconsin Press. She is currently working on two single-authored book projects: 1) The Force of Elsewhere: Fred Zinnemann’s Films 1940–1960, in which she explores the visual rhetoric of departure and landscape as signal and recurring moments in Zinnemann’s oeuvre and 2) Gender, Guilt, and Democracy 1945–1960, which charts women’s contributions to the question of postwar German guilt and the related matters of retribution, and redress through democratic education. In this project, Buerkle seeks a transnational and racialized telling of gendered involvement on the matters of democracy and moral injury, and the possibility of reconciliation and related political action. Professor Buerkle is the author of numerous journal articles; Smith students may be especially interested in an essay on Käthe Kollwitz and Smith College (2017) as well as others in which Professor Buerkle has written about teaching at Smith: In 2020, “On Trigger Warnings and Their Antecedents: Rethinking the Demands of Holocaust Pedagogy,” reflected on the teaching of a Smith College seminar on gender and the Holocaust. Another essay about teaching gendered violence at Smith during the years 2016-2020 is entitled, “Falling Down on the Job or On Revulsion,” and was published in 2021.