Professor of Africana Studies; Chair of the department 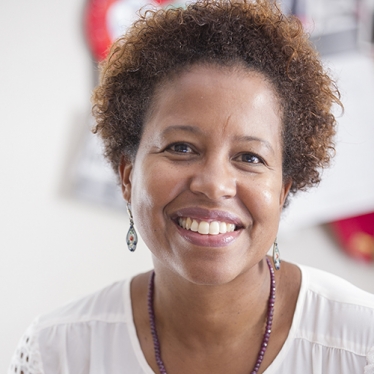 Daphne Lamothe is a literary and cultural studies scholar with research and teaching interests in African American, Afro-Caribbean and Black migration and transnational literatures. She holds a doctorate in English literature from UC Berkeley and a bachelor's degree in English literature from Yale University. In addition to an appointment in Africana studies, she also is a member of Smith’s programs in American studies and the Study of Women and Gender. She serves on the executive board of Meridians: Feminism, Race, Transnationalism. Before joining the Smith faculty in 2004, she taught at Rutgers University in New Brunswick, New Jersey.

Lamothe’s research focuses on literary and cultural representations of black consciousness formed by migratory and transnational experiences. Her publications explore questions of national and cultural belonging, identity and symbolic geographies within the Black Atlantic imagination. She is currently working on a study of representations of black subjects in urban spaces whose experience of selfhood is shaped by the absence of ideals of home, origin and belonging.

Lamothe’s teaching includes courses on the Harlem Renaissance, African American migration narratives, Black music and literature, Blackness and the City, and literatures of the African Diaspora.