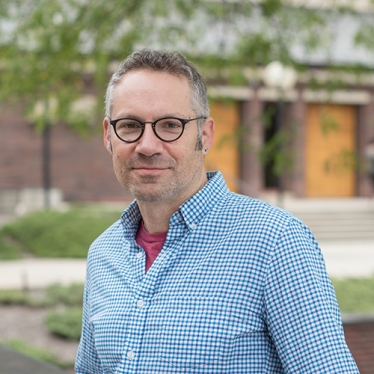 Daniel Elihu Kramer teaches directing and acting—as well as courses in the film studies program. He is producing artistic director of the Chester Theatre Company, where his directing credits include Sister Play, Blink, The Amish Project, Tryst and The Turn of the Screw. He received an Elliot Norton Award for Outstanding Production for A Midsummer Night's Dream at Boston Theatre Works, and his production of The Pillowman at the Contemporary American Theatre Company received awards for best production and best direction. At Smith College, his productions have included Light Shining in Buckinghamshire, Hedda Gabler, Henry V and Polaroid Stories.

His short film Recently, Long Ago premiered at the Palm Springs International Short Film Festival in 2015. His first feature film, Kitchen Hamlet, a contemporary setting of Shakespeare's Hamlet, won multiple awards as an official selection at film festivals throughout the United States. He was a visiting artist at the Wexner Center for the Arts, which supported the editing of Kitchen Hamlet.