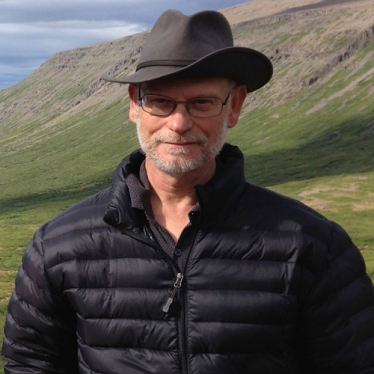 By appointment via Zoom.

B.A., College of William and Mary

Craig Davis teaches Old and Middle English, Old Norse and Medieval Celtic languages and literatures in the English department. He has also directed the Medieval Studies and Comparative Literature programs, teaching traditional epics—ancient, medieval and modern—from around the world.

Davis studied Welsh in Aberystwyth and Icelandic in Reykjavík before completing his doctorate in English at the University of Virginia. In 1996, Davis published ‘Beowulf’ and the Demise of Germanic Legend in England and was the Beowulf reviewer for “The Year’s Work in Old English Studies” from 1999-2010, which reached a high watermark in 2007 with 123 books, articles and other pieces. A recent essay on that poem appeared in Oxford Handbooks Online (2014), and his current project is titled, “Gothic Beowulf: The Northern Ethnography of the Nowell Codex,” a miscellany of five texts on the most distant peoples in space and time known to the Anglo-Saxons. Davis has also written on Celtic Britain and Anglo-Saxon England for the Oxford Dictionary of the Middle Ages (2010), as well as published articles on the Anglo-Saxon royal genealogies, the Old English Battle of Maldon, the Icelandic family sagas, Chaucer’s Canterbury Tales, Malory’s Morte Darthur, and the Welsh origins of the Arthurian legend. Another current project explores the formation and continuity of the La Tène civilization of ancient Gaul—its Old European, Indo-European, Etruscan, Greek and Roman roots. Davis has held visiting positions at the University of Massachusetts Amherst, Mount Holyoke College, twice at the University of New Mexico in Albuquerque and three times at Hamburg University in Germany.

“An Ethnic Dating of Beowulf” (2006), which shared the International Society of Anglo-Saxonists' prize for best article in two years.