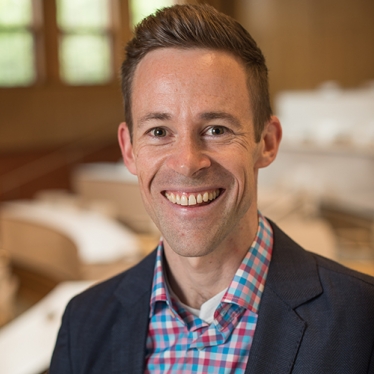 Colin Hoag’s work sits at the intersection of historical ecology and political anthropology. With research and teaching interests in capitalism, landscape, water, rangelands, botany, multispecies studies, bureaucracy, migration and colonialism, he asks: How do people interrupt, exploit or adjust themselves to more-than-human ecological processes? How are human social categories, such as race, class, gender, species and nationality used to determine who can access “natural resources”—that is, who among us lives (well) and dies? How might we marshal anthropology's careful attention to everyday life, the legacies of history, and the deep interaction between ideas and the material world to investigate the causes of environmental change?

He is currently working on two, related research projects: one on the biogeography of the cosmopolitan plant family, Asteraceae, and another on Sylvia Plath’s encounters with the Lyman Plant Conservatory at Smith College.

Hoag recently finished a project on water and rangeland ecology in the southern African country of Lesotho, where a multibillion-dollar scheme to export water to South Africa has generated fantasies of national economic development, as well as fears that soil erosion stemming from rural land use could imperil the water economy. The research examined the terrestrial politics of water export, including the social and ecological engineering required to produce water commodities. This research was supported by the Social Science Research Council, Wenner-Gren Foundation, Danmarks Grundforskningsfond, the Thomas Jefferson Fund, and the UCSC Science and Justice Center. His book manuscript on this research, The Fluvial Imagination: On Lesotho’s Water-Export Economy, is forthcoming in Fall 2022 with University of California Press. Writing for the project has been supported by the Wenner-Gren Foundation, the American Council of Learned Societies, and the National Endowment for the Humanities.

With doctorates in anthropology and biological sciences, Hoag is committed to developing forms of transdisciplinary scholarship that advance both critical, humanistic approaches and scientific ones. Also committed to promoting a more public anthropology, he is currently co-editor of Engagement: Blog of the Anthropology of the Environment Society (AAA).

“Wasteland Ecologies: Undomestication and Multispecies Gains on an Anthropocene Dumping Ground.” With F. Bertoni and N. Bubandt. Journal of Ethnobiology 38, no. 1 (2018): 88-104.

“African Environmental Change from the Pleistocene to the Anthropocene.” With J.-C. Svenning. Annual Review of Environment and Resources 42 (2017): 27-54.

“Dereliction of the South African Department of Home Affairs: Time for the Anthropology of Bureaucracy.” Critique of Anthropology 34, no. 4 (2014): 410-428.

“Assembling Partial Perspectives: Thoughts on the Anthropology of Bureaucracy.” PoLAR: Political and Legal Anthropology Review 34, no. 1 (2011): 81–94.

“The Magic of the Populace: An Ethnography of Illegibility in the South African Immigration Bureaucracy.” PoLAR: Political and Legal Anthropology Review 33, no. 1 (2010): 6–25.

“Learning How to Look at Plants.” Leaflet. Northampton, MA: The Botanic Garden of Smith College, forthcoming.

“‘Cleaning up the Streets’: How Joburg Cops Bring Order to Hillbrow by Bringing Chaos to Hillbrow.” Allegra Virtual Magazine of Legal Anthropology (2014), November 25.