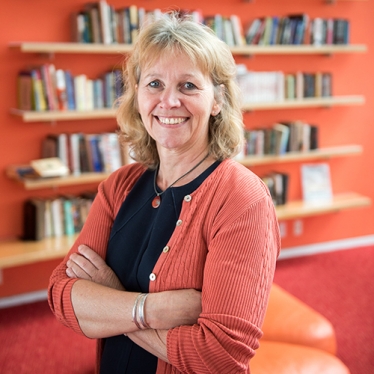 A dual citizen of France and Switzerland, Métral’s field of specialization is foreign language pedagogy and cross-cultural communication. Intercultural thinking is at the heart of her pedagogy whether she teaches language or culture courses. She joined the faculty at Smith in 1996 and co-directed the Smith Program Abroad in Geneva in 2004–05.

A fervent advocate of integrating emerging technology in language teaching, she has been involved in several blended learning initiatives. She has been teaching "Skyping with the French”, a course with a cross-cultural focus that connects Smith students with students from a grande école in Paris for weekly Zoom conversations. She also created, with Hélène Visentin, an online cultural platform targeted toward students heading to study in Paris. The three-week immersion course on oral expression that she regularly teaches during interterm in January, has been redesigned to provide a flipped classroom environment for more interactive learning. Her keen interest in intercultural matters lead her to co-create with an Italian colleague a course entitled “Becoming Foreign: Acquiring Global Competence to Study Abroad”.

More recently her research interest on cultural values steered her to publish a book chapter on French youth which offers a sociological perspective on the diversity of youth in France, looking at youth cultural values, and socio-economic circumstances in different environments.