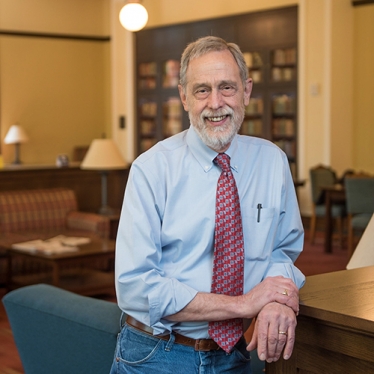 Charles Staelin received his undergraduate and graduate degrees, in Physics and Economics, respectively, at the University of Michigan, and taught at Michigan and Amherst College before coming to Smith in 1981. Over the years, his research and teaching shifted from a concentration on the development of the Global South, to an investigation of the theory of international trade and commercial policy under conditions of imperfect competition, product differentiation, factor mobility and transportation costs. Economic geography plays an important role in his work and his approach to this topic is largely based in the tools of computational economics, especially those of agent-based modeling.

Staelin retained his early interest in South Asia while teaching courses in international trade, law and economics and Intermediate Microeconomics.  He served the college as Interim Director of Information Technology, and as Dean for Academic Development and Associate Provost.  He also served the department as Chair and participated in the creation of the Program in Statistical and Data Sciences.