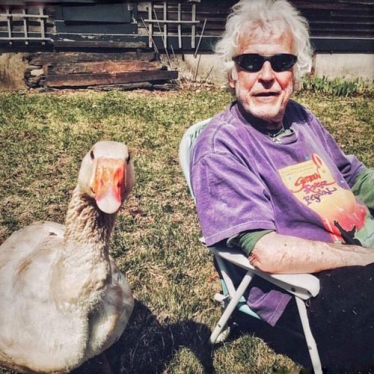 Charles Cutler grew up in Boston and New Hampshire and received his bachelor's degree from Williams College in 1960, double majoring in Spanish and philosophy. Following college, he completed his doctorate in Romance languages and literatures at the University of Michigan, with a dissertation on literary relations between Spain and Portugal during the 16th and 17th centuries. In connection with his doctoral work, he spent a Fulbright year in Lisbon, Portugal.

In addition to his 45-plus-year career at Smith, Cutler held shorter teaching posts elsewhere, including the University of Michigan, Williams College and Greenfield Community College. Outside academia, he was a teacher in the Western Massachusetts Farm Workers’ Council (El Consejo de Trabajadores de Finca), as well as a fly fishing instructor in the regional chapter of Casting For Recovery.

At the college, Cutler taught a wide range of courses over the years: both Spanish and Portuguese language, early and modern Spanish and Spanish American fiction and poetry, Portuguese and Brazilian literature, Portuguese African literatures and Brazilian cinema. As for his research and writing, he continued to develop his background in “Golden Age” literary relations among writers of the Iberian Peninsula, particularly those of Jewish ancestry.

Towards the end of his career, Cutler became fervently interested in literary translation, especially poetry, and several times taught the workshop Poets Translating Poets. The course drew on the examples of well-known American poet/translators such as Robert Bly, W.S. Merwin, Ursula Le Guin, Carloyn Forche and others whose aim was to “rewrite” a poem from one language into their own. Throughout the semester, students developed their talents as poet/translators. Cutler's own translation work focused on contemporary Portuguese women writers and Brazilian poets, several of the latter from the Brazilian Amazon. In this connection, along with colleague Nicomedes Suárez, he was co-founder and co-editor of The Amazonian Literary Review.

Cutler was also active in the service area at Smith. This included chair of Spanish and Portuguese (repeatedly), director of Smith’s junior year in Madrid, student adviser, dean of male students (yes, really!) during the years of the Twelve College Exchange Program, and member of various committees. The contribution he was most proud of was laying the groundwork with colleague Alice Clemente for the now thriving Portuguese and Brazilian Studies Program.

In retirement, Cutler remains active on various fronts: stewarding land, caring for a menagerie of farm animals, including burros, and doggedly subjecting himself to the torturous joy of gaining credibility on alt-country 12-string and resonator guitar.  At the same time, he is engaged in an ambitious book project on the response of American poets to Fernando Pessoa, the enigmatic, heteronymic Portuguese writer.