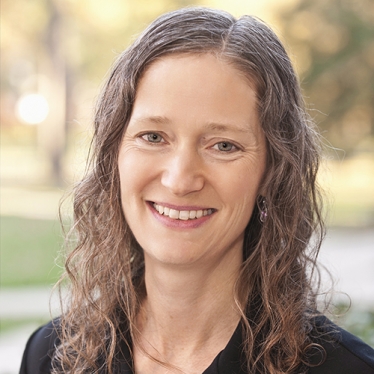 Carrie N. Baker teaches courses on gender, law and public policy; feminist social movements; reproductive justice; and feminist public writing. Baker is affiliated with the American Studies Program, the archives concentration and the public policy minor. She also serves on the steering committee of the Five College Certificate in Reproductive Health, Rights and Justice, of which she was a co-founder and former co-director.

Baker has a bachelor of arts degree in philosophy from Yale University, a juris doctor degree from Emory University School of Law, and master of arts and doctor of philosophy degrees from Emory's Institute of Women's Studies. She was editor-in-chief of the Emory Law Journal while in law school and later served as a law clerk to United States District Court Judge Marvin H. Shoob in Atlanta.

Baker writes extensively for the public. She is a contributing editor for Ms. magazine and has a monthly column in the Daily Hampshire Gazette. She is co-chair of the Ms. Committee of Scholars, which encourages and trains scholars to write for the public, and she is a member of the Scholars Strategy Network and Women’s Media Center SheSource.

“Racialized Rescue Narratives in Public Discourses on Youth Prostitution and Sex Trafficking in the United States,” Politics and Gender (2018): 1-28.

“An Examination of the Central Debates on Sex Trafficking in Research and Public Policy in the United States,” Journal on Human Trafficking 1:3 (August 2015): 191-208.

“‘He Said, She Said’: Popular Representations of Sexual Harassment and Second-Wave Feminism.” In Disco Divas: Women and Popular Culture in the 1970s, edited by Sherrie Inness, 39-53. Philadelphia, PA: University of Pennsylvania Press, 2003.