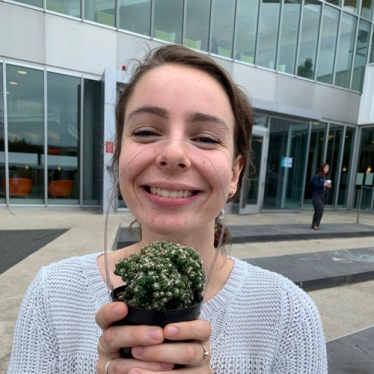 If you had to pick a plant to represent you and fellow Smithies, what would it be?
If I had to pick one plant to describe Smithies, it would be a philodendron. Basically, they come in many different varieties (like Smithies, who come from all over and bring so many different backgrounds, interests and skills to campus) and they are extremely resilient and thrive under many different conditions (lots of sunlight, less light, more water, less water, etc.)—just like Smithies who, in my experience, excel under so many different circumstances and in so many fields and opportunities, both on campus and beyond during semesters abroad, summers and post-graduation.

What other clubs, sports, other activities are you normally involved in?
I was on the varsity swim team for my first two years at Smith, and this year I served as Head of Selections and Training for Gold Key (I have been a Gold Key Guide since my second semester at Smith).

Has there ever been a question during a tour with prospectives that has surprised you?
At this point, I’ve given so many tours that not many things surprise me. One moment I can think of distinctly, though, is being asked by a father if I thought (like he seemed to) that historically women’s colleges and education are losing their value and purpose in the world? Of course, I had many reasons to give why they most certainly are not losing their value—on the contrary!

“I realized that suddenly I was surrounded by students and professors and reading texts by people whose brains work in the same way that mine does!”

What has been one area of academics or research that has given you a strong sense of satisfaction for one reason or another?
My process of discovering, taking courses in and ultimately declaring my major in sociology has been incredibly rewarding! My high school didn’t offer courses in sociology, so I wasn't familiar with the field coming into college. I started taking sociology classes long before I actually thought I would major in it because the course topics sounded so interesting to me, and I realized that suddenly I was surrounded by students and professors and reading texts by people whose brains work in the same way that mine does!

If you could go back in time, to February for example, and tell yourself what to expect, what would you say?
I would tell myself to go to meals at a wider variety of dining halls knowing that my time living on campus at Smith was about to end so abruptly (I'm living off-campus next year for my last semester at Smith). Like a lot of people, I definitely get in a rut feeling negative about Smith food, but I know that going to different dining halls is a great way to alleviate this, and there are several Smith dining halls that I only ate one or two meals in during my time there. Plus, it's a great way to see and interact with many different Smithies.

Has there been anything that someone has said to you lately that has particularly struck you or stuck with you for some reason?
This isn’t a specific thing that one person has said, but I’ve been pleasantly struck and heart-warmed by the incredible patience, sympathy, and understanding of Smith faculty over the last few weeks. My professors have been quick to recognize that learning will not be the same amidst the loss and chaos that our world is facing and that each of us is facing on individual levels as well. I have witnessed professors halting course content to check in with students, offering to give students rides to the airport, and writing their classes with kind and reassuring words, allowing us students to play a key role in redesigning our courses to best serve us during these trying times. My friends at other colleges have not had such overwhelming positive experiences, and I feel particularly grateful to be a Smithie right now as a result.

“I've been pleasantly struck and heart-warmed by the incredible patience, sympathy and understanding of Smith faculty over the last few weeks.”

What do you miss most about being physically on campus or having other people there?
The convenience and spontaneity of making plans––meals together and hangouts in people’s rooms that seemed to crop up daily. I found that a lot of the time, social gatherings among Smithies are wonderfully spontaneous!

Is there any other message you’d like to include to the wider Smith community?
One thing I’ve been thinking a lot about lately is what we’ve lost in physically leaving Smith's campus and suspending many of the semester’s events and activities. I think it’s okay to understand that while we can be in solidarity with college students and others across the country in similar situations, we can hold that Smith is incredibly unique. The amount of traditions and community moments that we’ve given up seems infinite––I keep thinking of new ones every day––making this loss of spring semester across higher education particularly heart-breaking for Smithies. But what a wonderful thing to be part of a campus where traditions and community feel so difficult to forgo. 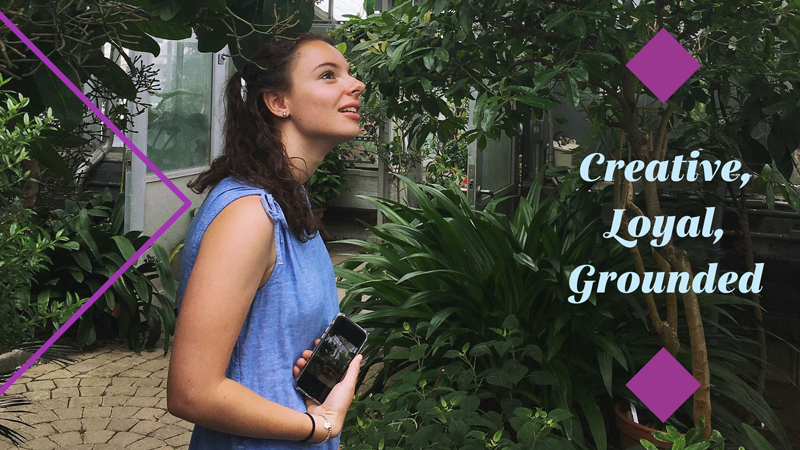 Julia Kopp ’25
Capen House
“I think college is all about stepping outside of your comfort zone, and I’m so excited to do that.”

Priscilla Trejo ’25
Fort Worth, TX
“I like open-ended questions because they help people get past the dreaded small talk and help to create stronger friendships.”

Leah Brand ’20
Comstock House
“What I've learned in my time at Smith is that community is everything.”

Reason #9 You Should Visit