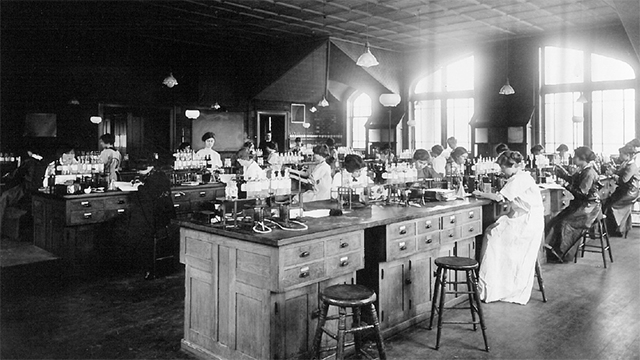 Smith College is a distinguished liberal arts college committed to providing the highest quality undergraduate education for women to enable them to develop their intellects and talents and to participate effectively and fully in society.

The college began more than 140 years ago in the mind and conscience of a New England woman. The sum of money used to buy the first land (on what had traditionally been the ancestral homelands of the Nonotuck people), erect the first buildings and begin the endowment was the bequest of Sophia Smith. When she inherited a large fortune at age 65, Sophia Smith decided, after much deliberation and advice, that leaving her inheritance to found a women’s college was the best way for her to fulfill the moral obligation she expressed so eloquently in her will:

“I hereby make the following provisions for the establishment and maintenance of an Institution for the higher education of young women, with the design to furnish for my own sex means and facilities for education equal to those which are afforded now in our colleges to young men.”

Smith has changed much since its founding in 1871. But throughout its history there have been certain enduring constants: an uncompromising defense of academic and intellectual freedom, an attention to the relation between college education and the larger public issues of world order and human dignity, and a concern for the rights and privileges of women.

Today the college continues to benefit from a dynamic relationship between innovation and tradition. And while Smith’s basic curriculum of the humanities, arts and sciences still flourishes, the college continues to respond to the new intellectual needs of today’s women—offering majors or interdepartmental programs in engineering, the study of women and gender, neuroscience, film and media studies, Middle East studies, statistical and data sciences and other emerging fields. Were Sophia Smith to revisit Northampton, she would no doubt find her vision realized, as students at her college prepare themselves for exemplary lives of service and leadership.