The Smith College Board of Trustees today announced that Sarah Willie-LeBreton has been named the 12th president of Smith College. Willie-LeBreton currently serves as provost and dean of the faculty at Swarthmore College, where she has taught since 1997. She will take office at Smith on July 1, 2023.

Making the announcement, Alison Overseth, chair of Smith’s board of trustees, commented, “In Sarah, we have found the extraordinary leader that the community intended as we began the search process. She has the vision, energy and strategic leadership experience necessary to move Smith toward our highest aspirations and goals for the future. Throughout the course of her career, she has demonstrated the courage to engage in challenging conversations and make difficult decisions while simultaneously exuding the joy, warmth, and curiosity that is required to lead an institution with empathy and integrity.”

Of her appointment, Willie-LeBreton said, “I am thrilled to be joining the Smith College community. The commitment of extraordinary educators on the faculty and staff, passionate and curious students, devoted alums and generous trustees and friends offer models of scholarship, engagement, leadership and philanthropy that inspire me.” She continued, “The promise of education is not just the creation of knowledge, but the model of how to share it for our mutual liberation and the collective good. We tend to be more aware of injustice when it crashes in upon our lives, more aware of misogyny, racism and other forms of oppression when they circumscribe our possibilities, and more aware of the fragility of democracy when its admittedly young promise brought to us through the liberation struggles of its subdominant people is so clearly threatened. But so, too, are we more aware of knowledge when we participate in its co-creation, more appreciative of empathy when we receive it, more devoted to the liberal arts when we experience the power of mutually-informing disciplines.”

She concluded, “I am honored to have the faith and support of Smith’s Board of Trustees, grateful for my conversations with President McCartney, and deeply appreciative of the search committee for challenging me with questions of significance and for answering my queries with candor and imagination on behalf of the Smith community.”

Willie-LeBreton will join Smith at a time of great momentum, when women’s education has become increasingly essential for solving the problems of tomorrow. In October 2021, the college announced that it was increasing access to education by eliminating loans from its financial aid packages; in May 2022, Smith began converting its heating system to geothermal energy to fulfill its commitment to becoming carbon neutral by 2030. Campus improvements—such as the recently re-imagined Neilson Library, designed by Maya Lin, and classrooms created to support innovative pedagogies—enable students and faculty in their intellectual pursuits. Applications to the selective women’s college are at an all-time high, up 63% since 2014.

“The search committee was extraordinarily impressed by Sarah—because of her academic experience as well as her personal priorities,” said Susan Molineaux ’75, vice-chair of Smith’s board of trustees and chair of the search committee. “Community is integral to Smith’s identity, and it was clear that building community is one of Sarah’s highest priorities and greatest strengths. She listens thoughtfully and deeply, seeks to build relationships and is practiced in building consensus.”

A sociologist who studies social inequality and race and ethnicity, Willie-LeBreton is known for her commitment to the liberal arts, strengthening community and energizing the work of equity and inclusion. At Swarthmore, she has chaired the college’s Diversity Task Force and the President’s Task Force on Sexual Misconduct. As provost, she championed tenure lines in environmental studies as well as in peace and conflict studies, and she led colleagues on the faculty and the administration to increase tenure-track lines and leadership positions to enhance curricular and co-curricular offerings. “As Swarthmore’s provost and dean of the faculty, Sarah has led with a spirit of inclusivity and compassion, excellent judgment, a deep respect for shared governance, enthusiastic support for research and teaching, and good humor,” said Swarthmore College President Valerie Smith. “She is certain to bring these qualities and more to her role as president of Smith College. Her colleagues and many friends at Swarthmore will miss Sarah, but we wish her all the best on her new adventure.”

Willie-LeBreton is the author of Acting Black: College, Identity, and the Performance of Race and edited and contributed to Transforming the Academy: Faculty Perspectives on Diversity and Pedagogy.

In addition to holding appointments at Swarthmore, Willie-LeBreton has been a member of the faculty at Colby and Bard colleges, as well as at Pendle Hill Quaker center. She received a bachelor’s degree in sociology from Haverford College and master’s and doctoral degrees in sociology from Northwestern University.

Willie-LeBreton succeeds Kathleen McCartney, who became president of Smith in 2013 and announced last spring that she would conclude her term at the end of June 2023.

Founded in 1871, Smith College opened in 1875 with 14 students. Today, it is one of the largest women’s liberal arts colleges in the United States, educating women of promise for lives of distinction and purpose. Smith enrolls more than 2,900 students from nearly every state and more than 75 other countries to cultivate leaders able to address the complex, urgent problems of today. As a global community of scholars, entrepreneurs, artists, scientists, activists and humanitarians, Smith is pushing the world forward. More information at smith.edu. 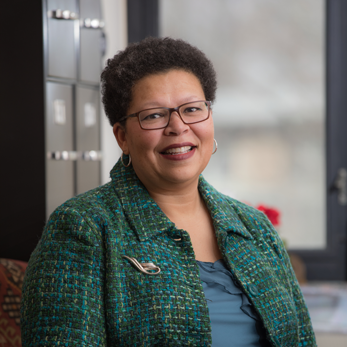