The Smith College Department of Theatre presents Stoop Pigeons by Christin Eve Cato on October 22, 23, 28, 29 & 30 at 7:30 p.m. in the Hallie Flanagan Studio Theatre. The play presents a portrait of a Bushwick neighborhood undergoing cultural changes during the rapid gentrification of Brooklyn in the 2000s. As their worlds take a turn for the worse, what will the residents do to ensure that nobody gets left behind?

At the turn of the 21st century, a group of neighbors and friends experience the rapid gentrification of Brooklyn from their stoop in Bushwick. Stoop Pigeons follows a neighborhood community through a decade of changes. By 2001, Tanya, Lexi, Bridgit and Mario are leaving adolescence behind and face an uncertain future. Under the watchful eyes of their elders they struggle to hold on to their childhood dreams and neighborhood bonds that strain under the pressures of gentrification, addiction, mental illness and systemic racial oppression.

Playwright Christin Eve Cato was inspired to write Stoop Pigeons by a woman in her neighborhood who roamed the streets. “I would notice that some people recognized her, some people knew her. Other people were either repulsed or just scared of her.” Cato explained, “I wanted to know what her story was so I created one for her.” Cato was born and raised in the Bronx, with a Puerto Rican and Jamaican heritage, and her work is heavily influenced by Caribbean culture, the Afrolatinx diaspora, and the dynamics of urban/inner-city life. She has seen first-hand the destabilizing effects of gentrification. As a writer, performer and filmmaker, she dedicates much of her work to diversifying theatre, film and educational institutions. Cato draws on all of these influences in Stoop Pigeons, weaving a gripping tale of a community struggling to survive in a hostile society.

Director Kyle Boatwright is leading her first production at Smith and is impressed with the commitment and respect the cast and crew are bringing to the story. “The play covers a tremendous amount of ground: gentrification, the opioid crisis in the early 2000s, the overzealous incarceration of Black males, mental health, houselessness ...” she observes, “But it’s also a coming-of-age story, a beautiful documentation of a group of kids growing up and surviving, and, hopefully, thriving.” Boatwright sees Christin Eve Cato’s work as part of a historic shift happening in American theatre that is raising the curtain on more contemporary stories about people of color. “What excites me so much about Stoop Pigeons is that it’s a play where people of color get to shine. It’s not color-blind casting of a classic work, it’s not color-conscious casting—it’s a piece where actors of color can authentically represent our experiences.”

The action of the play centers on one apartment building and the stoop that is its common public space. A two-story apartment front with working windows transforms Hallie Flanagan Studio Theatre into a slice of Bushwick with a set designed by Edward Check. Costume design by Calypso Michelet and Lighting by Lara Dubin guide us through the time shifts—1995, 2001 and 2007—that reveal the devastating cost of gentrification and who it is that pays the price.

In the spring of 2020, students asked that the Department of Theatre update their play selection process to include more student input and a commitment to antiracist values by prioritizing works by and about women, BIPOC and LGBTQ people. The 2021-22 season is the first to adhere to the new guiding principles. Stoop Pigeons leads a lineup that includes The Thanksgiving Play by Larissa FastHorse, Twilight Los Angeles, 1992 by Anna Deveare Smith, and Fun Home by Lisa Kron, Jeanine Tesori and Alison Bechdel.

Due to COVID-19 restrictions, tickets are only available to participants in the Smith and Five College asymptomatic testing programs. Tickets are $5-10 and free for Smith Students. For more information and to purchase tickets go to Smith Arts.

Christin Eve Cato is a NYC-based playwright, performer and award-winning film producer with an MFA in playwriting from Indiana University. She completed her BA degree from Fordham University, and is also a graduate from Fiorello H. LaGuardia High School for Music and Art and the Performing Arts. Cato is affiliated with NYC theater companies: Pregones/PRTT; INTAR Theatre; and Hip-Hop Theatre Company, Rhymes Over Beats.

Kyle Boatwright (she/her/hers) is an actor, director, writer and award-winning musician based in the Pioneer Valley. Recent productions include Marianne in The Revolutionists (Silverthorne Theater), music director of Hampshire Regional High School’s annual musical, and music director of Mr. Burns (University of Massachusetts Amherst). Kyle’s acting, directing and music career has spanned Western Massachusetts, Boston, Seattle, Las Vegas and New York City. An Amherst College graduate, she currently serves as the literary manager for Silverthorne Theater (Greenfield, MA) and is a founding member of Strident Theatre (Northampton, MA). Kyle is also the co-founder and artistic director of Rise Up Productions, an Amherst-based collective of theatre-makers and musicians that produces cabarets, sing-alongs and other events to support various social justice organizations. Upcoming engagements include Vicky in Bright Half Life (Silverthorne Theater) and director of Twilight: Los Angeles 1992 (Smith College). 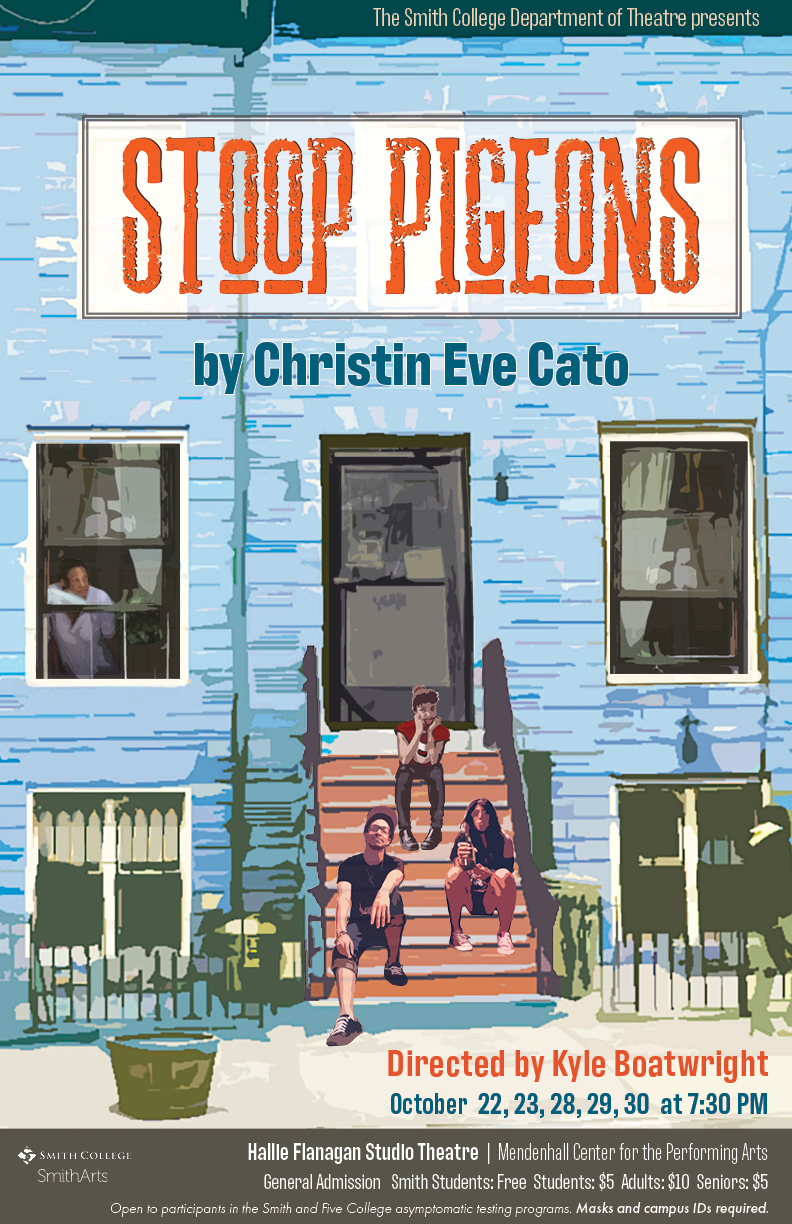