Maria Klawe, the president of Harvey Mudd College and a researcher whose work aims to break down barriers between women and the sciences, will speak on women and the tech industry in a Presidential Colloquium at Smith at 5 p.m. on Tuesday, April 12. The event, which will take place in the Alumnae House Conference Room, is open to the public at no charge.

Over the past decade the participation of women in the tech industry has declined, rather than increased, Klawe says. “This is unfortunate for young women because the industry offers incredible career opportunities; for the tech industry because of the loss of incoming talent; and for society because of the loss of diversity of perspective among tech teams,” she notes. Klawe’s talk will focus on how we can address this problem. 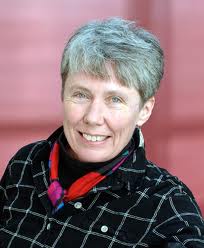 Klawe—who is the first woman to serve as president of Harvey Mudd—has made significant research contributions in several areas of mathematics and computer science, including functional analysis, theoretical computer science, human-computer interaction, gender issues in information technology and interactive multimedia for mathematics education. Her current research focuses on discrete mathematics, and her Presidential Colloquium is part of Smith’s “She Is a Scientist” series.

Prior to joining Harvey Mudd, Klawe served as dean of engineering and professor of computer science at Princeton University. She also has held faculty and administrative posts at the University of British Columbia and has worked for IBM.

A highly regarded lecturer, Klawe speaks frequently at national and international conferences about diversity in STEM disciplines and industries, gender and gaming, and lessons from her own career in STEM industry and education. She has devoted particular attention in recent years to improving K-12 science and mathematics education.

A fellow of the American Academy of Arts & Sciences, Klawe serves as a trustee for the Mathematical Sciences Research Institute in Berkeley, Calif., and is a member of the Advisory Council for the Computer Science Teachers Association. She also is co-chair of the Scientific Advisory Board of the Simons Institute at UC Berkeley. She received the 2014 Women of Vision ABIE Award for Leadership and was ranked 17 on Fortune’s 2014 list of the World’s 50 Greatest Leaders.

Klawe received a B.Sc. degree and a Ph.D. degree in mathematics from the University of Alberta.

Melissa Parker Draper ’77 reflects on the 10th anniversary of the Draper Competition for Collegiate Women Entrepreneurs, an event she co-founded with her husband, Tim Draper, that has become a signature enterprise event.