Since then, the annual Draper Competition for Collegiate Women Entrepreneurs has drawn more than 500 participants, supported the start of 47 business and nonprofit ventures, and awarded $350,000 in cash and scholarships to college women entrepreneurs.

This year’s competition, hosted by Smith’s Jill Ker Conway Innovation and Entrepreneurship Center, will be held Friday, April 5, from 2 to 6:30 p.m. in the Indoor Track and Tennis Facility. Some 75 teams are expected to participate—a 20 percent increase over last year.

The growth of the competition has helped shine a spotlight on undergraduate women entrepreneurs nationwide. 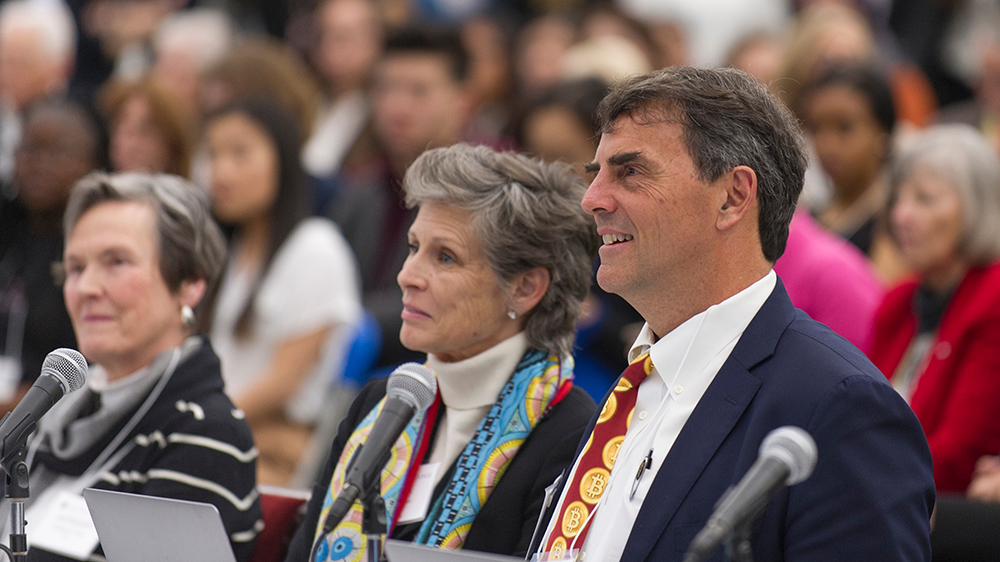 “By participating in these types of activities, students gain an entrepreneurial mindset,” says Howe, senior lecturer in engineering and director of Smith’s Design Clinic. “Traits like curiosity, creativity, resourcefulness, tolerance for risk, collaboration and communication will serve students well regardless of what they pursue after graduation.”

This year’s Draper competition offers more support and opportunities for participants than ever before.

Among the new contest features:

The competition will once again feature local “North by Northampton” events, including:

The heart of the Draper competition remains helping students hone the skills needed to advance a business venture from idea to reality.

“The concepts are as unique as the students themselves—from an adopt-an-olive-tree-in-Italy olive oil company, to an app that facilitates buying the right size women’s jeans,” notes Smith art professor Barbara Kellum, a veteran Draper faculty mentor.

As an art historian interested in advertising, Kellum says she especially looks forward to the visual displays at the Festival of Women Entrepreneurs trade show that precedes the final pitch round and judging.  She also appreciates the pre-Draper Shark Tank and Smith Prize in Entrepreneurship gatherings, “as they allow faculty mentors and others to brainstorm and offer suggestions to the entire range of Smith competitive teams.”

Detailed information about past Draper winners and this year’s contest is available online.

Maya Durham ’23 develops more inclusive opportunities for children to experience the joys of art and express their creativity.