Four extraordinary alumnae are being honored for their contributions to their communities and the world as 2016 Smith Medalists.

This year’s honorees will receive their medals at a ceremony on Rally Day set for Wednesday, Feb. 17, 2016. Classes are cancelled for the occasion, which marks the first time seniors publicly wear their gowns—along with inventive hats in keeping with the day’s spirit of Smith pride.

About the 2016 Smith Medalists: 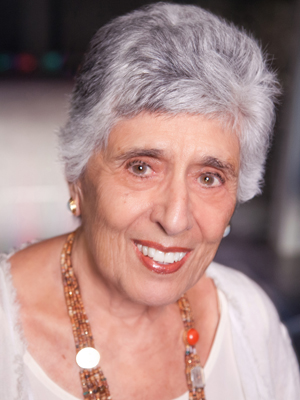 Joan White Harris ’52 is a dedicated patron of the arts and visionary arts advocate. In 2014, she received the National Medal of Arts, the highest award given to artists and arts patrons by the U.S. government. At the awards ceremony at the White House, President Barack Obama said, “Joan Harris is recognized for supporting creative expression in Chicago and across the country. Her decades of leadership and generosity have enriched our cultural life and helped countless artists, dancers, singers and musicians bring their talents center stage.” In 2003, Harris and her late husband, Irving, founded the Joan W. and Irving B. Harris Theater for Music and Dance, a 1,500-seat, state-of-the-art performance venue located in Chicago’s Millennium Park. The nonprofit theater is the first multi-use performance venue built in Chicago since 1929. It has proved to be a successful model for how a performance venue and resident arts community can collaborate and thrive. Harris serves as president of the Irving Harris Foundation, which focuses on issues of early childhood, child and family policy, infant mental health, Jewish life and arts and culture. She serves on the boards of numerous Chicago and national organizations, including the Chicago Symphony, the Juilliard School, and the Aspen Music Festival and School. Harris has served on the President’s Commission for the National Endowment for the Arts and in 2011 received a presidential appointment to the Library of Congress Trust Fund Board. 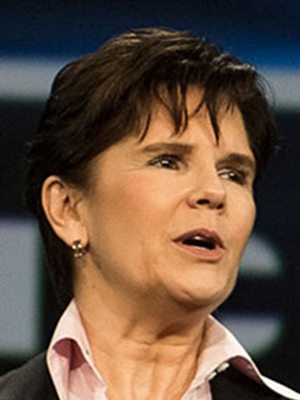 In the United States, women comprise less than 5 percent of CEOs of Fortune 500 companies. Phebe Novakovic ’79 is helping to change that. As CEO of General Dynamics, Novakovic is among the highest-ranking women in business and one of the top-ranked women in the aerospace and defense industry. With her ascent up the corporate ladder, she defied the stereotype that women are incapable of leading in traditionally male-dominated industries. During her tenure as CEO, Novakovic has been, as she once said, “laser focused” on supporting General Dynamics’ strengths. As a result, she brought stability to the company, which was facing declining revenue and its first net loss since 1990 when she took over. The company experienced record-setting financial performance in 2014 and has nearly doubled its market capitalization. Novakovic began her career as an analyst at the McLean Research Center. In the mid-1980s she worked as an operations officer for the Central Intelligence Agency and later at the Office of Management and Budget, where, as deputy associate director, she managed the president’s budget for U.S. intelligence agencies and the Department of Defense. Before she joined General Dynamics in 2001, Novakovic served for four years as special assistant to the secretary and deputy secretary of defense. She has held numerous positions within General Dynamics, including vice president of strategic planning, senior vice president of planning and development, executive vice president of the Marine Systems Group, and president and chief operating officer. Novakovic consistently is ranked among the most powerful women in business. Currently, she sits on the board of Abbott Laboratories, is a trustee of Ford’s Theatre, and is a member of the board of directors of the Congressional Medal of Honor Foundation. At Smith, Novakovic majored in government and German. She also holds a master’s degree in business administration from the Wharton School of Business at the University of Pennsylvania. She has three adult daughters.

Editor’s note regarding  Phebe Novakovic ’79: Ms. Novakovic was to be awarded the Smith College Medal in 2016, but she was unable to attend the ceremony due to illness. As the medal is not awarded in absentia, Ms. Novakovic did not receive it. 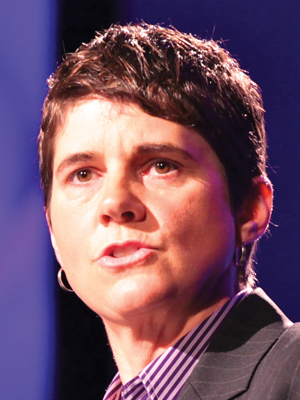 Kim (Rea) Carey ’89 has spent her entire career fighting for equality and against laws and policies that discriminate against members of the lesbian, gay, bisexual, transgender and queer communities in the United States. As executive director since 2008 of the National LGBTQ Task Force, she has been a leading voice in the effort to legalize same-sex marriage, to pass an LGBT-inclusive federal hate crimes law and to organize campaigns to defeat anti-LGBT legislation at the state and local levels. Carey’s activism has its roots in the HIV/AIDS crisis of the 1980s when she came of age and came out as a lesbian. She co-founded the group Gay Men and Lesbians Opposing Violence; she founded and led the National Youth Advocacy Coalition; and in 1999, The Advocate named her one of its “Best and Brightest” for her work for LGBT rights. Looking forward, Carey pledged at the National LGBTQ Task Force’s Creating Change Conference this year to harness the momentum of recent successes on marriage, saying that the LGBTQ community has “a moral obligation … to drive broader change for LGBTQ people and their families and to do our part for a changed and just society.” 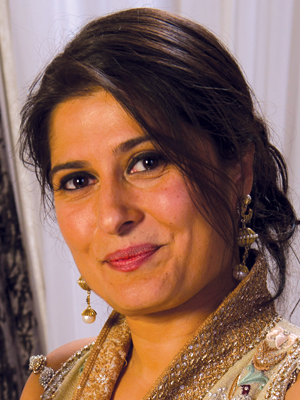 When award-winning filmmaker Sharmeen Obaid-Chinoy ’02 focuses her lens on a problem, change happens. In each of her films, she brings to life the stories of the powerless and shines a light on injustice, human rights and the plight of women and children—particularly in her home country of Pakistan. Thought provoking, powerful and, at times, controversial, Obaid-Chinoy’s films encourage discussion and inspire movements in support of fairness and equality. Following the release in 2012 of her Academy Award–winning documentary “Saving Face,” which portrayed women who had been victims of acid attacks, Pakistan passed legislation that made acid burning a crime. A native of Karachi, Pakistan, where she now lives, Obaid-Chinoy started speaking out on important issues as a teenager, writing investigative pieces as a way to add her voice to critical conversations happening in her community. She came to Smith to study economics and government. While at Smith, she got the idea for her first film, “Terror’s Children” (2002), which received initial support from the college’s Kahn Liberal Arts Institute and was ultimately funded by New York Times Television. Since then, Obaid-Chinoy has produced more than a dozen documentaries, including “Pakistan: Children of the Taliban,” “Reinventing the Taliban,” “Highway of Tears,” “Transgender: Pakistan’s Open Secret,” and most recently, “A Journey of a Thousand Miles: Peacekeepers.” Last year, Obaid-Chinoy launched a 12-part series on Pakistani television, titled “Aghaz-e-Safar,” to highlight social issues in Pakistan. In addition to the Academy Award for “Saving Face,” Obaid-Chinoy is the recipient of an Emmy Award, the Livingston Award for Best International Reporting, the Crystal Award for promoting human rights and women’s rights through film, and the Abu Dhabi Film Festival Audience Award—among others. In 2012, Time magazine named Obaid-Chinoy among the 100 Most Influential People in the World. She is the founder of her own production company and president of The Citizens Archive of Pakistan, a nonprofit organization dedicated to the cultural and historic preservation of Pakistani culture.