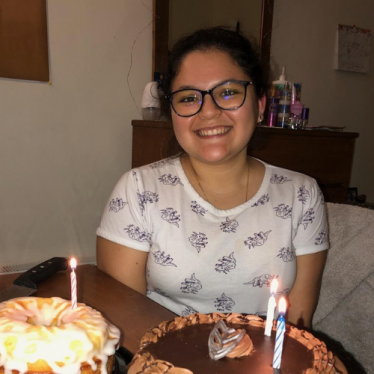 Describe your major incorrectly.
I’m a math major. This basically means that I like to spend my free time proving things and working with ideas that don’t really matter to anyone else except the people in the math community.

What do you see as a potential future dream job or career?
I want to do research FOREVER! I have spoken it into existence: I WILL be a mathematician.

Looking ahead to a decade (or two) from now, what's something you'd like to have achieved?
In a decade or two, I want to have a Ph.D. in Applied Mathematics. Hopefully by then, I’ll live somewhere sunny and I’ll have a better sleep schedule. I’ll be 42, so I’ll be getting close to a mid-life crisis, but I know I’ll have a therapist by then, too. I hope I will have found stability and a community I will have built a home in. I’ll be fine in a decade or two.

What was one of your best house experiences?
I’ve been at Park since I got to Smith. I was lucky enough to have a single as a first-year and, although I’ve moved rooms since then, it holds a special place in my heart. I remember laying under the covers as the sun went down during the winter. It was snowing and I refused to turn on the heater, but the sun turned everything gold and warm. I played some of the Harry Potter soundtrack and lived out my fantasy in that room.

The world outside Smith exists. Your home is real there and it’s real here. Both can coexist.

What’s one piece of advice you’d like to share about your time at Smith?
Like all of higher education, Smith can work on its diversity, inclusion and representation. As a low-income POC, it was easy to get lost here and feel small. But I’ve learned to take up space and make a home here too. So I guess my advice is, the world outside Smith exists. Your home is real there and it’s real here. Both can coexist and since you’re here anyway, the only way you’ll make it is to take up space.

Describe one moment with a professor that particularly sticks with you.
For my first-year seminar, I took “Language and Gender” with Miranda McCarvel and I had a blast. I was dealing with a lot and I stopped by her office hours to apologize for not doing my best. We had a great conversation—it was lengthy and comforting and like that minty tea my grandma makes when I’m sick. I owe her a lot for that first year.

Where has been your favorite spot on campus to relax? What spot will you miss the most?
I will say, I was a skeptic when it came to Neilson. It was taking forever to build and I was fine without it. Well, let me tell you—it was worth the hype. I LOVE the stacks. The desks and chairs are the perfect height and you get this super nice view of the courtyard. I’m definitely a stack hermit. To relax I go to my room and lay on my bed and watch the sun go down. Nothing beats the sun turning everything beautiful.

What’s your all-time (big or small) favorite Smith memory?
One of my favorite memories happened recently. My friends and I went to the boathouse and watched the sun set. I was coloring, and there was this weird bird with long long legs catching fish or tadpoles or whatever lives in the pond. It was really nice and I wish we had done it every year.

What’s one thing you wish you could tell your first-year self about your Smith experience?
I would tell my first-year self not to be too anxious. That I’ll be ok, and I’ll make a home and I’ll like my view and my friends and my classes. That you don’t have to be angry to fit in here and that by the end of it I’ll have wished we didn’t go home during the pandemic.

I would tell them that the math major is the best major to ever exist.

Do you have a minor? How did you choose it and how does it intersect with your major (or not!).
I’m an education minor! It happened by accident, but what can I say? If you like a subject enough and you take enough classes, suddenly you’ll have enough to minor or even major! It’s made me consider teaching a lot more and it’s helped me prepare for grad school.

What do you think has been the most “Smithie” thing you’ve done in life so far?
I went to convocation without pants this year. That was maybe a toned-down version of being a “Smithie,” but it was a goal of mine to be confident enough to do it. And I did. I’m also graduating from Smith—the first in my family to graduate from college. That’s a “Smithie” thing right? Oh, and I fell in love with plants. 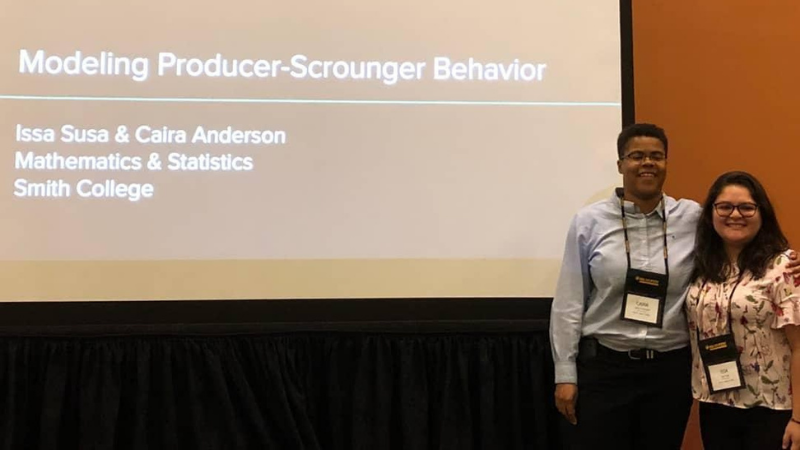 Reason #8 You Should Visit