When Smith announced it would hold virtual Commencement for the class of 2020, alumnae clubs went to work to honor graduates in their regions with the enthusiasm, dedication and commitment these groups bring to all their Smith activities. Alumnae wanted to observe the many Smith traditions that they remember with such joy and to bring these traditions to this year’s grads. Club members around the country came up with a variety of thoughtful, creative approaches that made for truly memorable experiences for Smith seniors, their families and alums.

The Philadelphia club sent flowers to the 18 graduates in their area and held a virtual tea, asking attendees to dress in white. Many clubs, including the St. Louis club, planned a rose drop on Ivy Day. As always, but even more appropriate and moving this year, clubs formed virtual watch parties to view the Commencement livestream. The Minnesota club chatted and watched together via Zoom.

The Phoenix club was excited about the idea of Global Illuminations Night. The club had luminaria bags (a Southwest tradition) printed with the Smith logo, then delivered a dozen bags and tea lights to each student. The Milwaukee club had a similar idea: Kathleen Starrs Maguire ’85 wrote in to say, “We are sending keepsake lanterns to Wisconsin’s nine graduating seniors.” 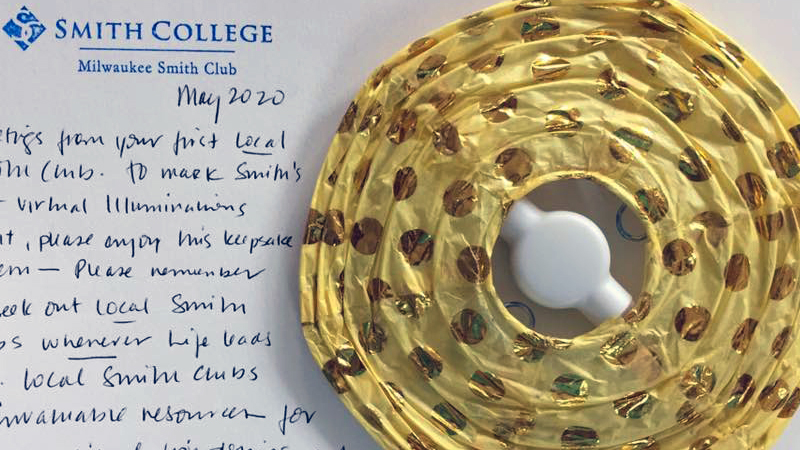 One of the keepsake lanterns the Milwaukee Smith club sent to seniors to celebrate Commencement and Global Illumination Night.

In a show of zeal for their alma mater typical of the Los Angeles club, its members created a special website, sharing templates and instructions to make Smith-branded luminarias, and they included a photo gallery of seniors each receiving their red rose.

The Smith College Club of Cape Cod and the Islands created their own Ivy Day celebration, aided by the efforts of a planning committee of six alums ranging from the class of 1956 to the class of 2017.

“We visited the five students living on the Cape,” said club member Michelle Dunn ’88, “and the response was overwhelmingly positive. The students and their parents were all touched by the visit and very appreciative. They knew we were coming, but I think they were surprised by how many of us there were and how many elements there were to the celebration. Several were wearing their Ivy Day dresses! We had time to chat with each graduate about their time at Smith and their plans for the future. On the Friday before Ivy Day, I drove up to Northampton to bring the celebration to our two Adas who are still there. They hung their lanterns and Smith T-shirts from the Grécourt Gates, sang and posed for pictures with several other Adas.”

“The event was also uplifting for us. At a time when we are all so isolated and living under a certain amount of stress, it was nice to have something positive to plan and look forward to. Spending time with our newest alums and their families was such a delight. While we know this was not the Commencement weekend they envisioned, I think we succeeded in bringing a piece of Smith and the spirit of Ivy Day to them here on Cape Cod,” said Dunn.

Gift bags created for seniors by the Smith College Club of Cape Cod and the Islands.

Allison L. Smith ’20 said, “When I saw fellow Smithies parking outside my house on Ivy Day, I was impressed by their commitment to making the day special for me. I was overwhelmed by their generosity, especially because they spent time at my house singing to my family, giving me gifts and setting up lanterns in my front yard for Illumination Night. I am grateful that I was able to be surrounded by Smithies on Ivy Day, despite their not being from my class. The virtual Commencement ceremony was very well run and ensured that each student heard their name read, which I appreciated. After the ceremony I ran outside and threw my cap in the air, proud of myself for graduating from Smith College, an experience that I will cherish forever.”

With a widespread letter-writing initiative called Smithies to Seniors, Vice President for Alumnae Relations Denise Materre ’74 introduced another meaningful way to celebrate and care for Smith seniors as they embarked on their post-graduate lives. Reaching out to alumnae clubs and other volunteers, the Alumnae Relations team engaged more than a hundred volunteers to write letters to 2020 graduates. These alums enjoyed sending positive messages of support to the newest members of the Smith network, and many wrote their letters while watching virtual Commencement. 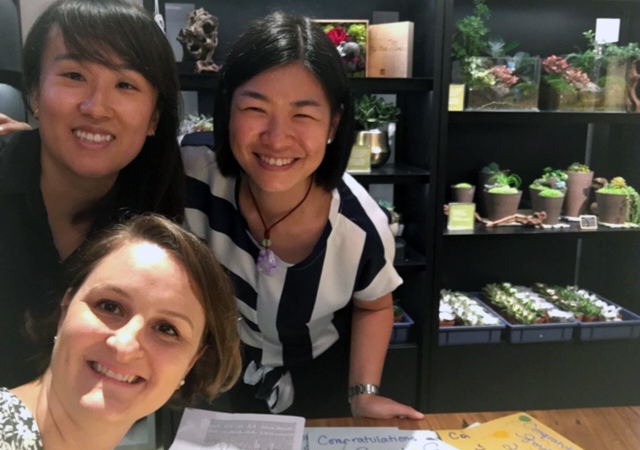 In Hong Kong, Hannah Leung ’09, Aubrey Menarndt ’08 and Ellen Tai ’07 wrote letters of congratulations to graduates as part of the Smithies to Seniors program.

Like many clubs too numerous to name, the Watchung Hills (NJ) group sent special gifts to their local grads. The celebrations and traditions continue as clubs plan their annual meetings. In addition to the usual business meeting items, the Colorado club has planned a special Ivy Day-themed event, for which members are encouraged to wear their whites and class colors.

We thank all of our clubs for celebrating seniors and welcoming them as alumnae. The network is powerful! 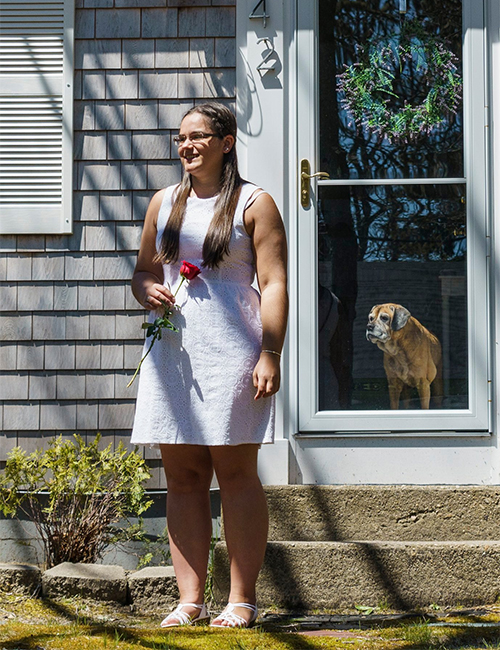