Here For Every Voice Giving Circles 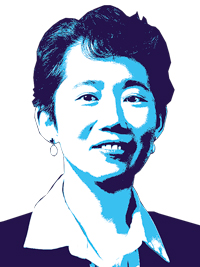 When Xiaole Shirley Liu ’97 reached out to five friends with the idea of making a collective, endowed scholarship gift, the response was swift, unanimous and opened a floodgate of joyful Smith memories. These alums, who had bonded at Smith through their shared Chinese heritage and study of biology, decided to invest in future Smithies through a Here For Every Voice Giving Circle, a new way of contributing to the college’s top priority—financial aid—and leaving a permanent legacy.

“Here For Every Voice Giving Circles deliver new power to philanthropy,” says Beth Balmuth Raffeld, senior vice president for alumnae relations and development. “They allow donors to increase their impact dramatically through flexible combined giving, while cementing long-lasting relationships with each other and with the college. And because the scholarships are endowed, the benefits last in perpetuity, impacting the lives of students now and for the future.” That’s because endowed gifts are invested, the principal value remains untouched and a percentage of the income is used to create scholarships annually.

Hopefully the students who receive a scholarship today can give back tomorrow. It’s like planting a seed.”—Susan Li M.A. ’96

Liu, a professor at Harvard University and a computational biologist at the Dana-Farber Cancer Institute, remembers promising herself at graduation that she would one day sponsor a Smith student, to pay back the generosity she had received. She was delighted to learn that she could join with friends to honor their shared, transformative Smith experiences. “Many of us came to the U.S. from China in order to go to Smith,” she explains. “We had to adapt to all sorts of challenges: linguistic, cultural, and academic. That’s how we built our friendship. We supported each other, emotionally and academically.” Also attractive to Liu was the flexibility that allows circle members to donate different amounts, based on their financial means. 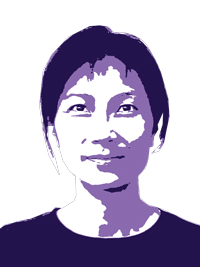 When Liu broached the giving circle idea, “I thought to myself, there’s no better time,” says Nancy Xu ’96, a nephrologist working at TopAlliance Biosciences. “We’re always going to be busy balancing career and family.”

Zimu Zheng ’96, an endocrinologist with Mount Sinai, felt similarly. “There have been so many people who helped me along the way,” she says. “Now that I am more stable in life, I feel that I should pay it forward.” Zheng also loved that the circle “makes us stronger, able to achieve something that’s difficult or impossible for each of us individually.”

When the friends met via Zoom to discuss the gift’s focus, the conversation kept returning to two beloved biology professors, Jeanne Powell and Philip Reid, who had taught them valuable academic skills and helped them adjust to American mores. The friends decided to honor their former professors by naming a scholarship for them. 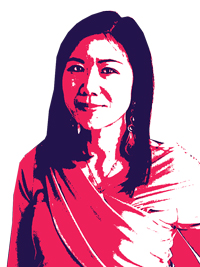 For circle member Susan Li M.A. ’96, director of customer solutions at Thermo Fisher Scientific, the ability to name the scholarship is “the beauty of the giving circle format. I want people to know there’s a group of us, that we’re grateful for the benefits we received from Smith and we want to help future students. Hopefully the students who receive a scholarship today can give back tomorrow. It’s like planting a seed.”

The Powell-Reid Scholarship created by the group received a generous match from the Here For Every Voice Gift Matching Program. It also strengthened connections between the friends. “Talking about our Smith professors and experiences gave us a purpose we never had before,” says Chun Lei Pfahnl M.A. ’96, who teaches science and Chinese at Colorado Early Colleges, a charter high school in Fort Collins, Colorado. 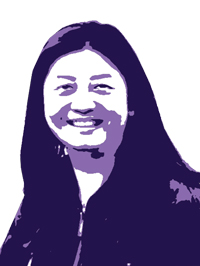 The two professors after whom the scholarship is named had powerful impacts on these women at Smith and well beyond. Reid—“The kindest man I’ve ever known,” says Zheng—served as senior thesis advisor to Xu and Zheng, and was important in helping them imagine careers in medicine. Powell ran a tight, but kind, ship in her lab where Xu and the others studied. (Xu remembers being astonished to find everything labeled, even in the drawers. “I’m still telling my kids to label everything!” she says.)

Perhaps the most poignant legacy was left with Liu, who offered to work for free in Powell’s lab. Powell was so impressed by Liu that she soon secured funding for Liu’s hours in the lab. As Liu was graduating, Powell told her, “Please do some groundbreaking work before I die.” Powell died of cancer a few years later. “That was the inspiration for all my research,” says Liu, who today is an expert in genomics and bioinformatics, applying artificial intelligence to the development of cutting-edge cancer therapies. “I hope I can do something worthy of her,” Liu adds.

Looking to the Future

This circle of friends hopes to make future contributions to their scholarship fund. When the fund reaches $250,000, the friends can specify recipients with specific interests, such as biology or STEM. For now, they’re happy to help any talented students. “If they’re hardworking and motivated, hopefully they will benefit from this experience and do something great later on,” says Liu. 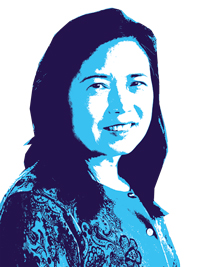 “Everything I do always pulls me back to Smith,” observes Pfahnl, whose work with her own pupils reflects the mindset she learned at Smith. “Smith showed me how people can interact, how they can care for each other. It showed me that the real meaning of education is about how a person can grow.”

Liu welcomes giving circles as a way to enrich engagement with Smith. “These connections are mutually beneficial for the school and students. I want to be a part of this community,” she says. “I might get together with another group of friends for a computer science scholarship later on.”

What Is a Giving Circle?

A group of donors who collectively endow a scholarship fund.

Why join a Here for Every Voice Giving Circle?

This article originally appeared in the Spring 2022 Smith Alumnae Quarterly. 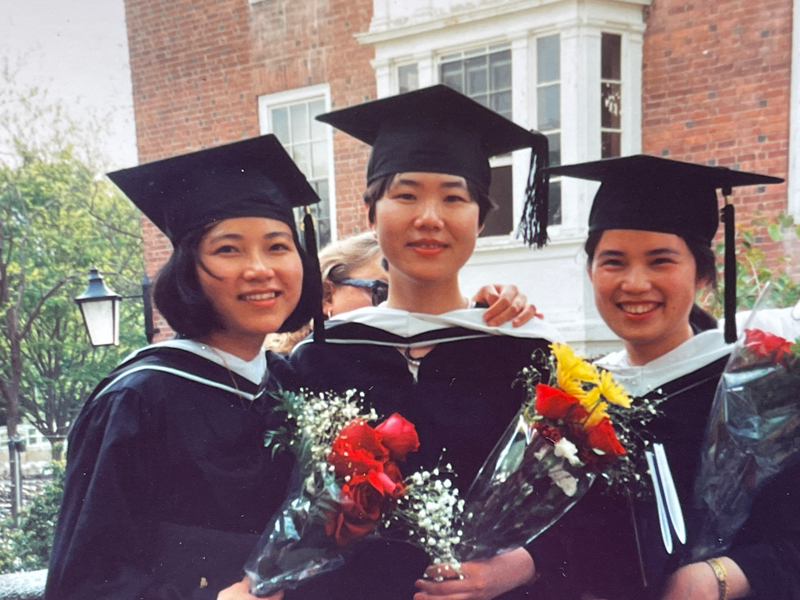