With Mary Grant’s Help, the Class of 1970 Works Toward Class Fund Scholarship Goal

For Mary Grant ’70, Smith and family are intertwined. Four generations of women in her family—from her grandmother to Mary’s now-grown daughter—are or were Smithies. “Never in my early life, except for my family, did anyone take my brain seriously,” she says. “The faculty at Smith, however, thought of us as young women who were capable of analysis and critical thinking.”

“I’m committed to the ‘Here for Every Voice’ initiative because I’d like every potential Smith woman to feel that same pulse of intellectual energy without worrying where the money will come from,” Mary says.

Mary is not alone in her support of Smith’s “Here for Every Voice” scholarship initiative. Her class—the class of 1970—chose to focus their fundraising on financial aid as well as The Smith Fund for their 50th Reunion in May 2020. As the Fund Team Coordinator, Mary has an instrumental role in helping energize and inspire her classmates to support their causes. But she insists on pointing out that she’s not doing this alone.

“I have fabulous classmates. It’s a team effort for sure. People keep stepping up to help out. There is a growing understanding that the women who went before us made our education possible. I even remember my mom selling pecans for the Smith Alumnae Scholarship. Now it’s our time to give.”

The Importance of Women’s and Girls’ Education

Mary studied history at Smith, and after graduation she put her degree to work, teaching at National Cathedral School, an all-girls school in Washington, D.C., eventually earning her Ph.D. in U.S. history.

When the family moved to Philadelphia in the early 80s, Mary landed at the all-girls Springside School, becoming head of the Upper School in 1991. During her early days there, Mary had doubts. “There were days when I wondered if I was doing OK. I thought to myself, ‘I’m having to use skills I don’t even have yet!’ All went well, however, and I thank Smith for giving me the confidence to embark on important, if scary, adventures,” she says.

“I love a girls school where girls take on every role and where they are free to be scrappy, creative, bold, authentic.”

In 2002, Mary and her family moved to Pittsburgh, where she became head of school at The Ellis School, an independent school for girls. “I love a girls school where girls take on every role and where they are free to be scrappy, creative, bold, authentic,” she says. After a brief retirement in her early 60s, Mary decided she missed the joy of school life, and she went back to work at Miss Hall’s School in Pittsfield, a day and boarding school for high school girls.

Mary credits her career in education for imparting the importance of scholarship aid. “I saw firsthand the way in which college costs were barriers for young women. Imagine being an A-level student, a semi-professional dancer, applying to stretch schools, getting in, and then hearing from your parents, ‘We can’t afford to send you there. You’re not going,’” she says.

Mary learned from another Smith alumna how to raise money. At a board meeting when the trustees at one of the schools where she worked were debating the goal for a new capital campaign, this Smith alumna intervened. “Why not five million dollars,” she asked. “Why not?”  Her decisiveness and her confidence prevailed. When asked later how she was so confident at the meeting, the Smith alumna paused and then explained, “It was the Smithiness of it all. Why not take on a thrilling challenge?”

“I want people to have the same opportunity that the women in my family have had. I don’t want any more dreams to be dashed by the barrier of college costs.”

Mary brings that attitude, that Smithiness, to her leadership roles for the Class of 1970. In addition to her current role as Class Fund Team Coordinator, she has served as Class Fund Agent, Class Vice President, Class Memorial Chair and even Class President. “I want people to have the same opportunity that the women in my family have had,” she says. “I don’t want any more dreams to be dashed by the barrier of college costs.” 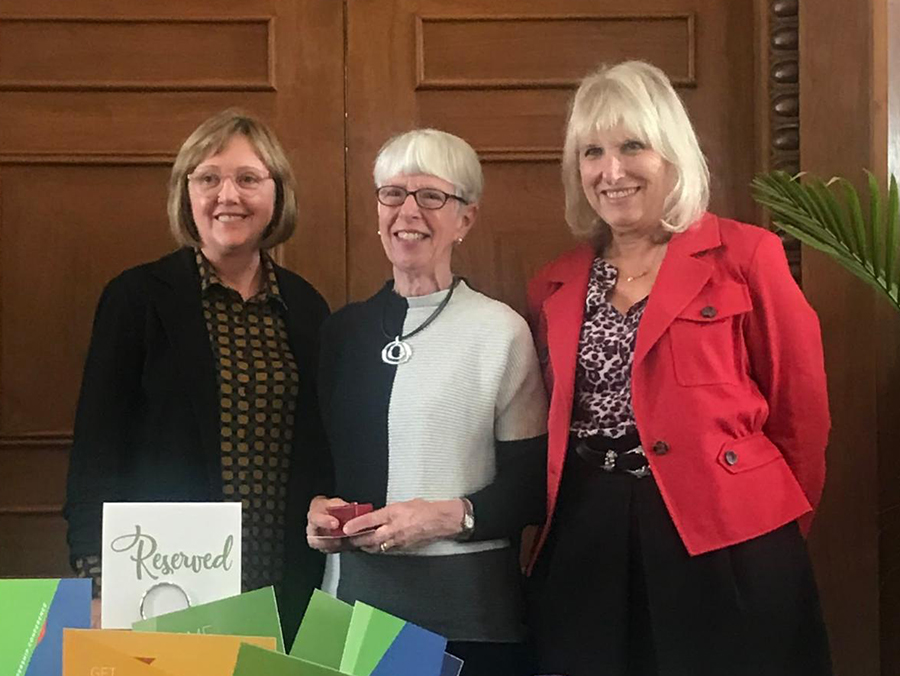 From left to right: President Kathleen McCartney; Mary Grant ’70; Susan Greene ’68, President of the Alumnae Association Board of Directors

She pauses for a brief moment as she ponders the power of a community giving back: “If we all give to ‘Here for Every Voice,’ think of all the amazing women who could attend Smith and leave a lasting impact on their communities. A Smith education without financial barriers: Why not?”

To make an endowed gift or to learn more about supporting financial aid at Smith, please contact Betsy Carpenter ’93, associate vice president for development, at 413-585-2052 or ewcarpen@smith.edu. Support The Smith Fund, including scholarships, in any amount at www.smith.edu/giving/smith-fund. 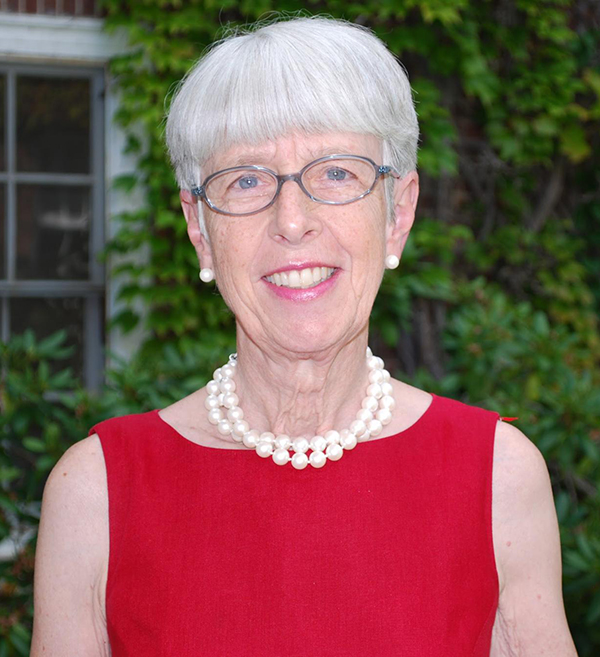