Smith College awarded honorary degrees to five distinguished guests at its 139th Commencement ceremony on Sunday, May 21, 2017. In addition to speaker Oprah Winfrey, the honorary degree recipients are:

Clare Higgins is the executive director at Community Action, the federally designated anti-poverty agency that serves more than 27,000 people in Franklin, Hampshire, Western Hampden and North Quabbin regions. Since her arrival at Community Action in 2011, the agency has expanded Head Start services into Western Hampden County, grown family services in Franklin County, and increased youth employment programs and services to prevent homelessness throughout Franklin and Hampshire counties. Higgins is also well known for her  long and distinguished political career, encompassing three terms on the Northampton City Council and six terms as Mayor of the City of Northampton. During her 2000-2011 tenure as mayor, the City of Northampton preserved and expanded affordable housing, built a new, energy-efficient senior center and police headquarters, and continued a commitment to open space preservation. Northampton experienced dramatic state aid cuts during her tenure, but Higgins worked with the unions and the City Council to preserve essential services. A trustee of Greenfield Community College, Higgins also serves as on the boards of the Massachusetts Budget and Policy Center, HAPHousing, and Rural Development, Inc. (Photo by Kevin Gutting.) 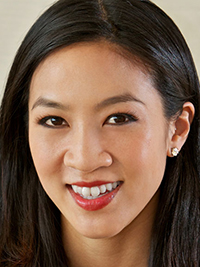 The most decorated figure skater in U.S. history, Michelle Kwan is one of  the all-time greats of her sport. From 1995 to 2005, she won an unprecedented 43 championships, including five World Championships, eight consecutive and nine overall U.S. National Championships, and two Olympic medals. Kwan also has a distinguished career off the ice. She currently serves as a senior adviser and the first public diplomacy envoy at the U.S. Department of State, meeting with young people around the world to talk about leadership and social issues. A member of the President’s Council on Fitness, Sports and Nutrition, she also serves on the board of directors of Special Olympics International. Elected to the U.S. Figure Skating Hall of Fame and the World Figure Skating Hall of Fame in 2012, Kwan holds an undergraduate degree in international studies from the University of Denver, and earned a master’s degree in international relations from the Fletcher School of Law and Diplomacy at Tufts University. (Photo by Tim Aylen.) 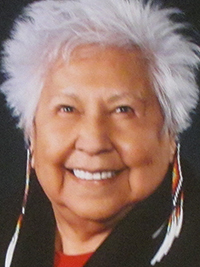 Founding president of the Cheyenne and Arapaho Tribal College, Henrietta Mann (Whiteman) is Tsistsistas enrolled with the Cheyenne and Arapaho Tribes, and has served on their tribal government. She has a long career as a leader in education: The first person to hold the Katz Endowed Chair in Native American Studies at Montana State University, where she now is a professor emerita, she served until recently as special assistant to the president of Montana State University—Bozeman, and served for some 28 years as director and professor of Native American studies at the University of Montana, Missoula. The recipient of numerous honors, and one of the first two American Indian educators to ever be elected to membership in the National Academy of Education, Mann is a founding member of the Council of Elders for the American Indian Science and Engineering Society. She served for nine years on the board of trustees for the National Museum of the American Indian, and currently serves on the boards of the Native Lands Institute and the Seventh Generation Fund. Mann holds B.A. and M.A. degrees from Oklahoma State University, and earned her Ph.D. degree in American studies at the University of New Mexico. 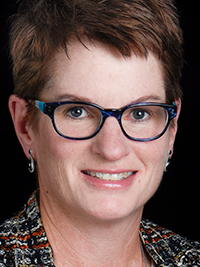 Erin O’Shea is president of the Howard Hughes Medical Institute and Paul C. Mangelsdorf Professor of Molecular and Cellular Biology and of Chemistry and Chemical Biology at Harvard University. O’Shea was named an HHMI investigator in 2000, became HHMI’s chief scientific officer in 2013, and became the institute’s president in 2016. Prior to joining HHMI’s leadership team, she spent eight years at Harvard, where she directed the Faculty of Arts and Sciences Center for Systems Biology. O’Shea also served on the faculty of the UC-San Francisco. She earned a Ph.D. in chemistry from MIT and a bachelor’s degree in biochemistry from Smith College (class of 1988). O’Shea is known as a leader in the fields of gene regulation, signal transduction, and systems biology. She is currently developing a lab at HHMI’s Janelia Research Campus. She is a member of the National Academy of Sciences and the American Academy of Arts and Sciences and has won numerous awards.