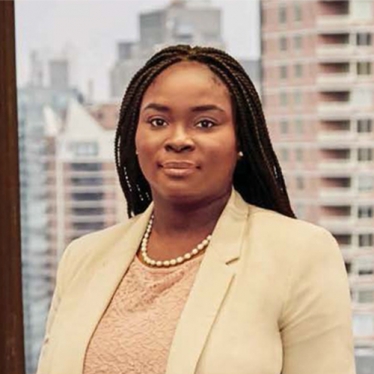 Sabine Jean is an attorney at the law firm of Outten & Golden LLP, where she represents employees in employment law disputes. She previously served as the firm’s public interest fellow.

While at Smith, Jean was elected as the Student Government Association president. She then served on the Smith Board of Trustees from 2011–13.

After Smith, Jean worked as an English as a Second Language teacher in New York through Teach for America. She went on to receive her M.S.T. from Fordham Graduate School of Education in 2013, and her J.D. from UCLA School of Law in 2017, where she served as a managing editor on the UCLA Law Review and the National Black Law Journal. Jean was awarded a UCLA Masin Family Academic Excellence Gold Award for her academic success in education and the law, and a UCLA Law Enhancement Award in recognition of her work to improve and enrich the UCLA law community.

Reason #20 You Should Visit