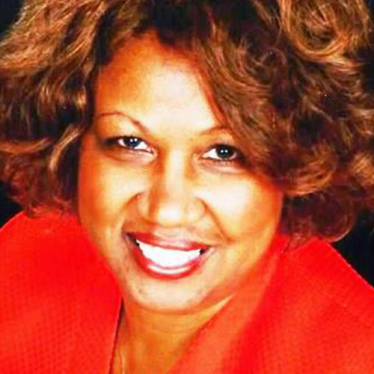 Peggie Ward Koon, Ph.D., ’74, is best known as an executive strategist, change leadership and management consultant, coach and author. She is the CEO and founder of Leading Change, LLC and former vice president of audience at Chronicle Media, Morris Publishing Group, Morris Communications, Augusta, Georgia. In 2014, Peggie became the first Black and second female president of the 75-year-old International Society of Automation (ISA), a global organization of 40,000+ automation professionals. And in 2015, Peggie was the chair of the Automation Federation (AF). She has more than 40 years of experience in change leadership, management, IT and OT systems, with specific expertise in process control and automation for both discrete and continuous processing in the automotive, aerospace, nuclear reprocessing, insulating products, textile and media industries. She is the author of the book, Leading Change, A Practical Guide for Change Agents.

Peggie attributes her interest in technology to her Smith College experience. As a General Motors (GM) Scholar at Smith, Peggie was given the opportunity during the summer of her junior year to work as an intern in the GM Data Center. Upon her return to Smith, she took her first computer science class. After receiving her undergraduate degree in mathematics from Smith, Peggie continued her study of both mathematics and IT as a General Motors Graduate Fellow in the School of Industrial and Systems Engineering at the Georgia Institute of Technology. She received her doctorate degree in management information systems from Kennedy Western University.

Peggie served as a member of the AASC Board of Directors (2009–12), assisting with the development of digital first strategies for the AASC and the college. She was co-chair of the Information Technology & Communications Committee. She also served on the Executive Committee and the Personnel Committee.

Peggie is passionate about diversity & inclusion (D&I), having served on numerous panels focused on D&I issues; she is acutely aware of the specific challenges faced by BIPOC students and alums, both in education and in industry. In 2015, she moderated a panel on diversity and inclusion at the ISA Fall Leaders ’Meeting. In 2016. she moderated the D&I panel titled “No Girls Allowed” at the “Redefining Success” Smith Women’s Leadership Conference. She also led a workshop titled “Are We There Yet,” for graduates and prospective employers, at the 2016 National Society of Black Engineers’ 42nd annual conference. She also served as a panelist on “Workforce Diversity: Attracting the Next-Generation Industrial Workforce” at the 2016 Automation Conference.

As president of the Alumnae Association, Peggie is excited about the opportunity to work with alumnae and the college to positively impact the ever-evolving culture of diversity and inclusion at Smith. She looks forward to increasing the AASC’s levels of engagement with existing and future alums around the globe and with the college in that effort, and to continually find creative and inclusive ways to enhance the Smith College value proposition now and in the future.

Reason #10 You Should Visit