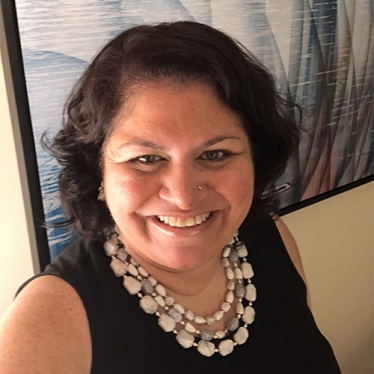 Keya Koul ’96 is Business & Legal Affairs Counsel at Netflix. She serves on the Pro Bono Committee in the LA office. Keya currently holds an American Bar Association (ABA) Presidential Appointment to the Commission on Sexual Orientation and Gender Identity. Prior to working at Netflix, Keya served as the Director of Career Services at University of San Francisco School of Law. Before that, Keya practiced law in New Mexico for nearly a decade, during which time she was named a Super Lawyers Rising Star.

In addition to her bachelor’s degree from Smith, she holds a master’s in medieval Spanish literature from University of California, Los Angeles, and a J.D. from Southwestern Law School. Keya is first-generation South Asian American, and speaks English, Spanish, Hindi, Kashmiri, and a little bit of French and Arabic. She loves to travel all over the world, and eat and drink delicious treats.

Keya’s Smith volunteer experience includes being a member of the Smith College Medal Committee, 2019–present; a presenter at the April 2018 Women of Color Conference, “Diversity and Recruiting in the Corporate World”; a presenter, for the June 2018 webinar series, “Networking: Not a Bad Word—Relationship Building Through Professional Associations”; and ad hoc director, Smith College Club of San Francisco and Marin.