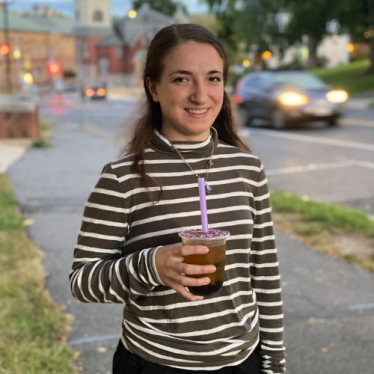 Other clubs, sports and activities you’d like to mention:
Chair of Community Service Organization

What would you do with your major if you knew you could not fail?
I would do data science work for an organization with a social justice-oriented mission so that the organization would be able to optimize its approaches to serving communities using the information from my data analyses.

What’s one piece of advice you’d like to share about your time at Smith?
Take advantage of the open curriculum to explore interests outside of your major/comfort zone! I have taken so many interesting classes that have nothing to do with my major and opened my mind to new ways of thinking that I had never considered.

Describe one moment with friends or classmates that particularly sticks with you.
One moment that sticks with me is when I was in a contemporary dance class and one day we went outside during class and did an exercise where we were running around campus holding huge sticks. It looked super bizarre from an outsider's perspective, but was really fun for us! In general, the dance classes I have taken have been super memorable because they involve a lot of collaboration and a really strong and supportive community tends to form within the class.

Another super memorable moment is when my professor brought his dog to class in a little carrying case and nobody even knew the dog was inside until the end of class when he opened the carrier and the little dog’s head poked out!

What was most interesting or unique about your house and what will you miss about it?
I like the generally welcoming and friendly atmosphere of my house. Almost everyone I know from my house takes the time to say hello and ask how I’m doing whenever we run into each other even if we don’t know each other very well. I often have little interesting conversations with people about things that happened during the day while brushing my teeth in the evening.

Classes outside of my major have opened my mind to new ways of thinking that I had never considered.

What’s your all-time favorite Smith memory?
One fun memory is collaborating with classmates on homework outside of class—this might seem like a small thing, but it’s a lot more fun and less frustrating to work on difficult assignments with someone else rather than alone. When I have worked with the same people frequently throughout an entire semester or year, we have also formed valuable friendships.

What was the most challenging moment from your time at Smith so far?
One of the most challenging moments was definitely when we got sent home so abruptly in March 2020 and switched to virtual learning. I was taking several foundational classes for my major that semester, and now that I am taking upper-level classes, there are still a few key concepts that I am not as confident on because a lot of material was cut out or skimmed over when that drastic shift happened. It also felt much more difficult to focus and learn when I could not interact with other students in-person and was staring at Zoom for almost the entire day.

Who was your favorite professor and what did you most like about their style of teaching?
I have had several amazing professors at Smith, but one of my favorites is SDS professor Lindsay Poirier. She is extremely knowledgeable and articulate in her explanations; she defines expectations clearly but is also willing to be flexible; she emphasizes the process of learning and continuously growing and improving rather than only focusing on the quality of the final product; and she continuously asks for feedback from students on how the class is going and adapts the class accordingly.

What was the best advice about your major that you were ever given?
When looking for practical opportunities for the CESC concentration, the Lazarus Center had super helpful advice. Staff recommended reading through old Praxis reports from previous students who had done internships in my area of interest and reaching out directly to the supervisors of past internships that interested me to ask if they had any similar work for the upcoming summer.

What’s an example of how other Smithies have been generous?
An example of generosity that immediately comes to mind is when I sprained my ankle and was on crutches for a month. At one point, I was going from the CC to my house in the rain and two people, who I had never met, offered to share their umbrella with me and walk me all the way to my house. 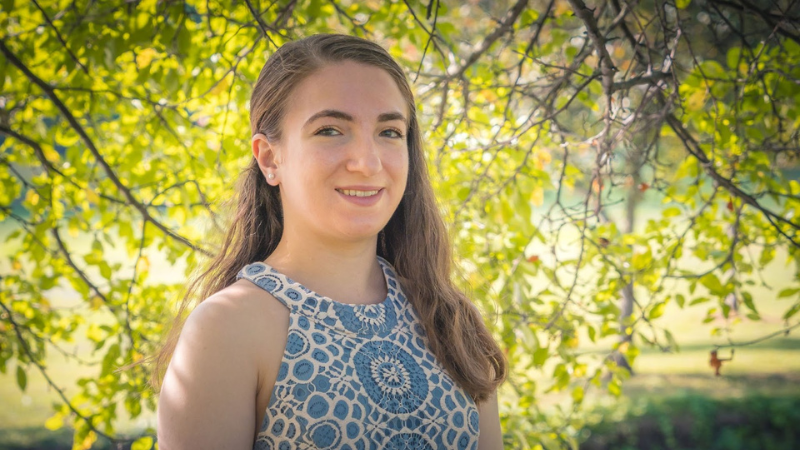 Reason #23 You Should Visit