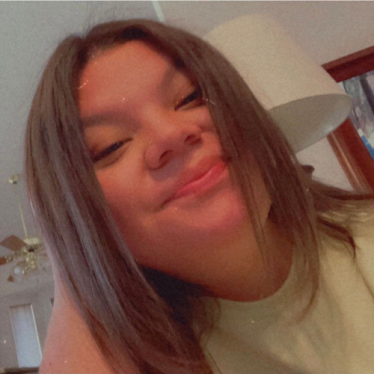 What subject area are you most looking forward to exploring in more depth?
I think I am most looking forward to exploring international politics / international relations in more depth, as it’s not something I’ve really had the chance to explore deeply in an academic setting, and especially with everything going on in the world currently, I think it has an increasing level of relevance and importance. I really look forward to learning more about other cultures and countries, and how much of a role that politics can play in other nations' societies.

What excites you most about living in one of the Smith houses?
What excites me most about living in one of the Smith houses (namely King House as that’s where I’ll be) is living in such an empowering, collaborative community and finding new friends who also happen to be my neighbors. I just think it will be so fun and happy, and even from the limited experiences I’ve had so far with other Smithies living in my house, I can tell it’s going to be such a loving and powerful community. I am so looking forward to being surrounded by a diverse group of talented, extremely interesting, awesome people! A nice bonus thing about King is that the dining hall is right downstairs, so it will be really nice to not have to trek across campus to get food, especially during winter.

“What excites me most about living in one of the Smith houses is living in such an empowering, collaborative community and finding new friends who also happen to be my neighbors.”

What’s one problem (big or small) you’ve worked on this year?
One problem I’ve worked on this year is patience. With the Covid-19 pandemic having changed so much in the last year, I have definitely had to work on patience, with others, with the situations and obstacles, and especially having patience for myself. As I’m sure many people can relate, online school was often very frustrating and disappointing, and especially for my fellow ‘25s, being a high school senior who feels like they’re missing out made it easy to lose patience for everything going on. I found myself letting my disappointment get the better of me, so working on having patience for the time and situation, and finding a way to roll with the good moments instead was something I really tried to focus on and work on this past year.

Describe an experience in your life that changed your perspective.
An experience in my life that changed my perspective, and possibly my life, was when I had the opportunity to travel through England, France and Spain in 2019, but especially the experience I had in Barcelona. I was on a school trip and we were traveling through the three countries, and one of the cities we spent the most time in was Barcelona. We were there right when the politicians and leaders in Barcelona and Catalonia had been put in prison, and a lot of the citizens there were protesting and speaking out, and seeing all of that was so interesting to me, because I hadn't really heard anything at all about what was going on there before I had gotten there. This fascination led me to taking the time to educate myself about what was going on and trying to take everything in that I was seeing while we were there, and I started to realize that this kind of thing was something I might be really passionate about. My time there kickstarted my interest in International history and affairs, and it led me to wanting to study government and international politics at Smith, as well as it showed me my first look at social movements in person and not in a history book.

If you could be in the Guinness book of world records, what record-breaking feat would you attempt?
If I could be in the Guinness Book of World Records, I think I would attempt to break the world record for tallest stack of M&M’s because that record was just broken a few months ago and I remember reading about it and thinking: “Wow, I bet that he stacked a ton of M&M’s because that doesn’t seem that hard,” and finding out that the guy who broke the record broke it by stacking FIVE M&M’s. FIVE. So I think I'd go for that one because I honestly don’t know if it’s hard or not as I’ve never tried it, stacking more than five seems reasonably doable, and I think it’d be fun to have a really random world record.

Anything else you'd like to add or any questions I haven't asked that you'd like to answer?
I’d also like to add that I am really excited and grateful to be joining the Smith community and say that I genuinely cannot wait to see everyone in person and be on campus together! Coming from so far away from campus, I was a little worried in the beginning about finding friends and a community so far from where I’m from, but honestly every interaction I’ve had with other Smithies, and with faculty or people from the community has made me feel so at home and welcomed, and I truly feel like I have found the place for me!

Emma Kramer ’25
Lamont House
“I also can’t wait for the small discussion-based classes so I can express my opinions in a comfortable environment, and connect with other students.”

Amrita Acharya ’22
Chapin House
“A true hidden gem is our big squash family, composed of students and PV locals who share the courts.”

Reason #45 You Should Visit

The campus in autumn