Study of Women and Gender (SWG) and Government 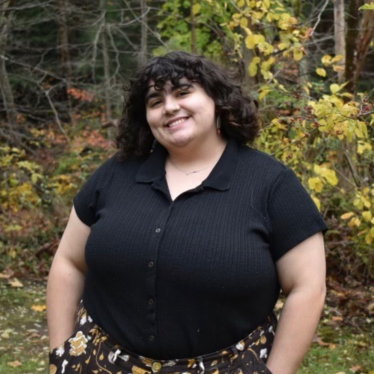 Study of Women and Gender (SWG) and Government

Describe your major completely incorrectly.
I major in translating gender ideology for academics and pretending to understand what old men said about social and political problems.

What do you see as a potential future dream job or career?
I would love to one day do legal work with a non-profit, specifically focusing on LGBTQ+ youth or youth immigration, depending on the kind of law I end up doing work with! In a world where money didn't matter though, I would own a bookstore that serves as a community center and radical organizing space, as most young queer people my age dream about!

Don't let anyone tell you that you don’t belong at Smith, because there is 100% someone exactly like you being told the same thing. You DO belong here.

What’s one piece of advice you’d like to share about your time at Smith?
Find your people! Don't let anyone tell you that you don't belong at Smith, because there is 100% someone exactly like you being told the same thing. You DO belong here.

Describe one moment with a professor that particularly sticks with you.
When Professor Jina Kim showed our class such kindness and understanding the day we got sent home for Covid. We all got the email at the same time, and Professor Kim was supportive in ways I am still so, so thankful for (miss you, Professor Kim!).

What's a favorite secret or inside info about your house that you wish more people knew?
Everyone dunks on Cutter for being a big cube BUT we’ve never had bats and our dining staff are some of the kindest people on earth! We also have a lovely kitchen! 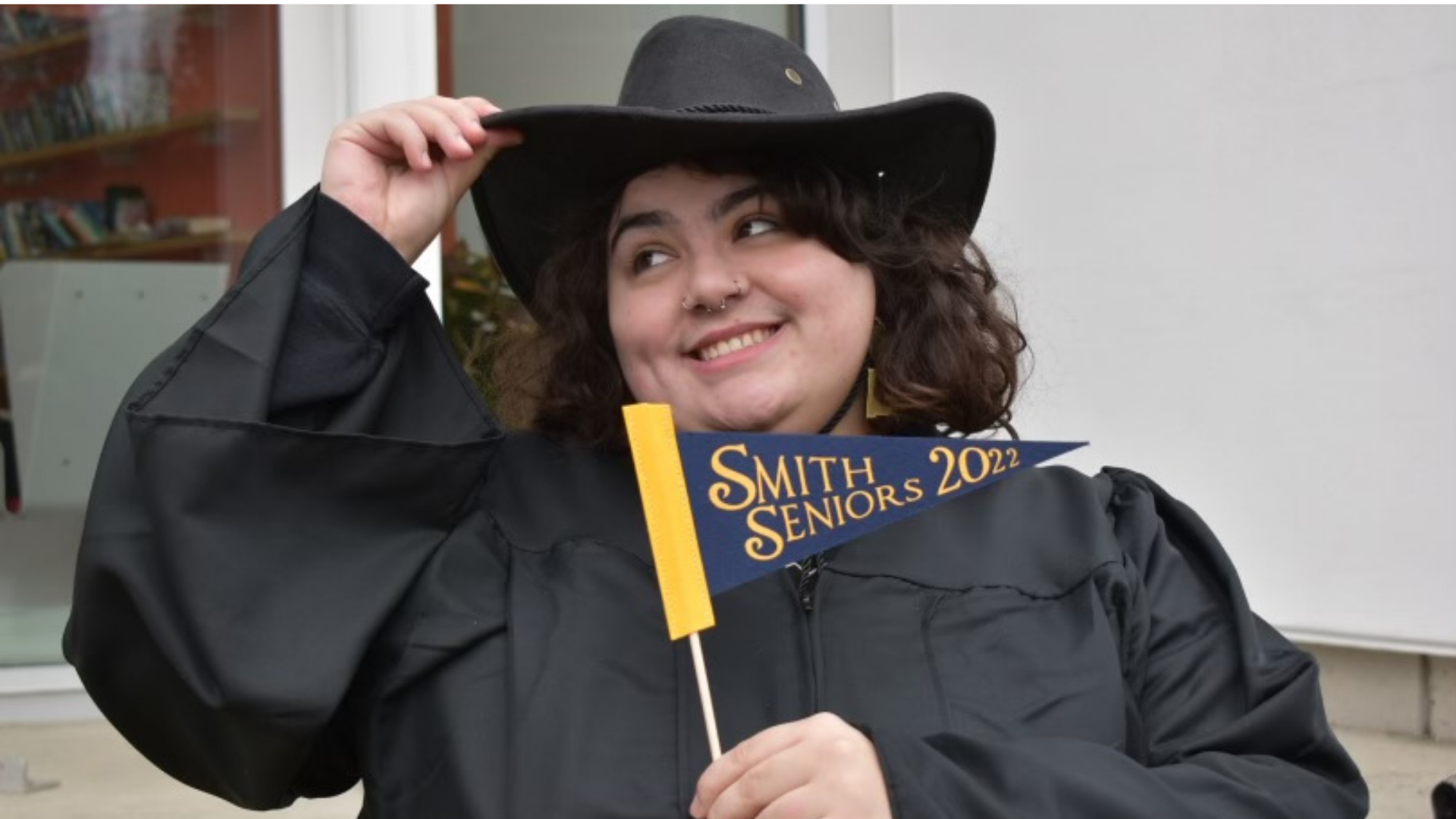 Where has been your favorite spot on campus? What spot will you miss the most?
My favorite place on campus is the big tree on Davis lawn, when it's warm, it's the best place to sit and read or just hang out! I'll definitely miss Neilson most, it’s such a nice library!

What’s one thing you wish you could tell your first-year self about your Smith experience?
Do the thing! Go to convocation, attend the guest lecture, talk to new people! Not just because an isolating pandemic is coming, but also because it makes your time here so much more fun. And don’t be intimidated by other Smithies, everyone is just as nervous as you are.

If another student was considering your major, what would you tell them?
Explore first. Take a variety of classes to see what you’re most passionate about! Talk to other majors, and remember that your passion and enjoyment also matter when you’re picking a major or minor! And take a class with Carrie Baker, no matter what, they’ll change your life!

What do you think has been the most “Smithie” thing you’ve done in life so far?
The most Smithie thing I’ve ever done is take hundreds of bulb show pictures I haven’t ever looked at again ... or shaved my head because I was scared of change ...

As a bonus question (because it’s been my favorite ice breaker lately), what are three major-related books would I recommend? 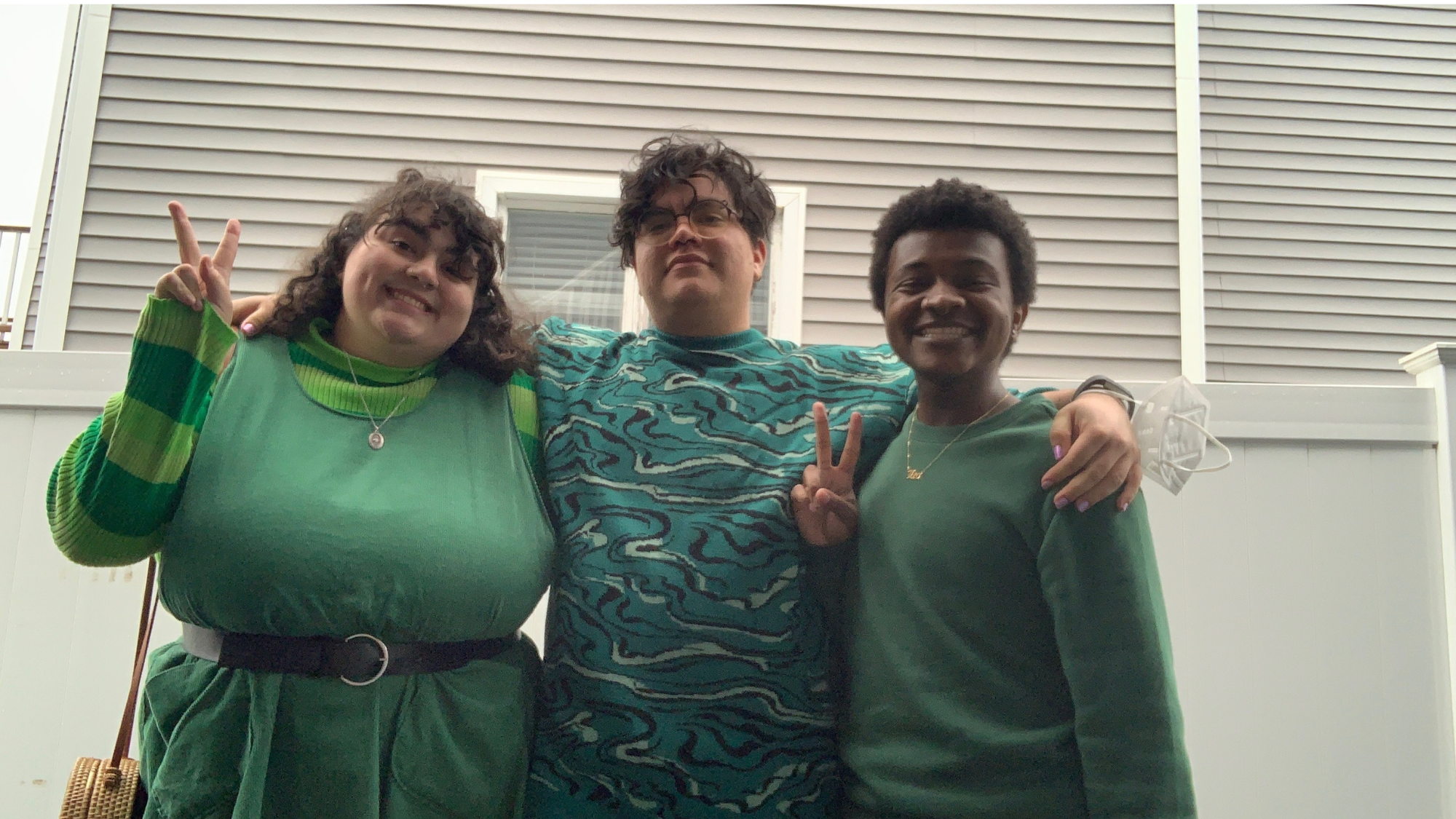