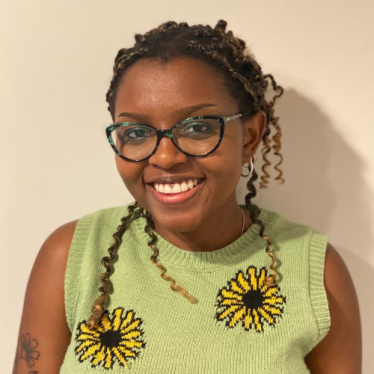 Other clubs, sports, activities you’d like to mention:
President of the Rollerskating Club

What’s your “Big Dream” for your future?
My big dream for the future is owning my own contemporary African art gallery. I picture a space with lots of light, art, conversation and a space where I can unapologetically center Black art.

Describe one moment with a professor that particularly sticks out to you.
In my second year, I curated a student exhibition at the Cunningham center, and I emailed most of my professors inviting them to come see it. The exhibition was only up for an afternoon, and I didn’t quite expect them to stop by, but to my surprise, my advisors and three other professors who were teaching me at the time or had previously taught me all showed up. It was a lovely surprise and reminded me how most professors at Smith actually do care for your well-being and aspirations.

What spot on campus will you miss the most?
I am going to miss the third-floor lounge in Hillyer. Outside of traditional hours, it is only available to Art majors or anyone taking art classes, so it tends to be quite empty on the weekends and in the evenings—which is perfect.

What was one thing that surprised you most about your major(s)?
I was most surprised by how even outside of classes specifically within the African Studies department, I could still find ways to talk about the continent and its issues. Because there is such an emphasis on the liberal arts aspect of Smith, you slowly start to think about everything in an interdisciplinary way, and eventually it became easier and easier to connect (even the most random of classes I took) to my academic interests and majors.

You slowly start to think about everything in an interdisciplinary way, and eventually it became easier and easier to connect to my academic interests and majors.

As a self-designed African Studies major, was there anything about self-designing a major that you'd like to share?
Smith only has an African Studies minor and certificate but by the end of my first year, I already completed the minor and knew that I wanted to integrate my African studies work more intimately into my other art history major. The thing I most enjoyed about self-designing a major was looking through the course catalog to see what classes could count towards the major, and which classes would make me a better African Studies scholar. I’ve taken some classes that have given me the knowledge and facts, but something that surprised me which I hadn’t considered at the beginning of the self-design process, was what classes would also teach me how to think and approach learning in an academic setting.

I also heard that you're writing the program’s second-ever honors thesis. What's your thesis topic and how would you briefly describe it to a non-major?
I am writing my thesis on African futurism, and particularly on how African women have negotiated futurity within the context of spiritual beliefs and metaphysical realities. African futurism is a movement that uses science fiction to imagine black futures that intersect with technology, space exploration and any other science fiction tropes. In my thesis, I further complicate this movement by considering how spiritual knowledge heralded by Black women plays a role in shaping these futures, and how it is not inherently incompatible with technology, tradition or modernity.

If someone was considering studying either of your majors or concentration, what would you tell them?
For so many of us who grow up learning within Western canons, pursuing an African studies major and centering Africa in an academic setting requires a total recalibration of how you hierarchize knowledge and prioritize history. I think that you should be prepared to practice patience and not be too embarrassed by your ignorance. Even for me, who is South African and grew up on the continent, I realized that there were a lot of gaps in my knowledge, and I had to learn to not be so frustrated with this fact.

If there’s something you’re currently obsessed with or a topic you want to flesh out, I guarantee that there is a class, special studies or club that will facilitate your curiosity.

What’s your all-time favorite Smith memory?
My favorite Smith memory was “Night at Your Museum” (2020). I dressed up with my friends and walked through the museum at night, there was music and dancing, and it was just a great time. My most random (and amusing) Smith memory, though, is taking a juggling class at the gym!

If you could tell an incoming first-year anything about Smith, what would it be?
I would tell them that you can really study anything at Smith. If there’s something you’re currently obsessed with or a topic you want to flesh out, I guarantee that there is a class, special studies, or club that will facilitate your curiosity.

What do you think has been the most “Smithie” thing you’ve done in life so far?
Going to pick apples and drinking apple cider on Mountain Day is definitely the most Smith-New England thing I’ve ever done (and probably will ever do). 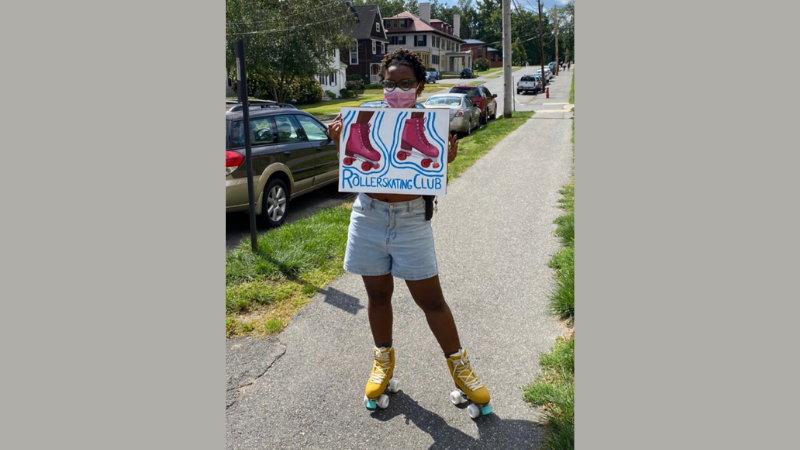