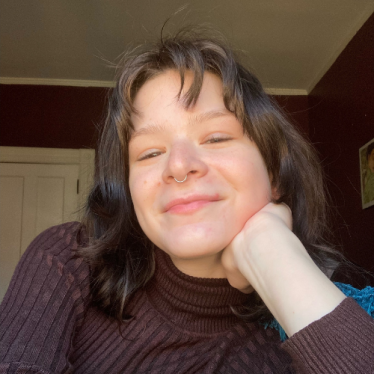 Describe your major for someone who has never heard of your field before.
Music at Smith is a broad major that can be easily tailored to your specific interests within the field. Whether you prefer writing the music, learning about the people who do, or performing it yourself, there's a place for you in the department, major/minor or not!

Did you ever have trouble deciding on a major? What, ultimately, helped you decide?
Honestly, I always knew I was going to be a music major. I jumped around with a couple of different double majors and minors including theatre, biology and education, but ended up sticking with just the music major. Music is a huge part of my family and my life and I always knew that it would be something I would end up pursuing academically and professionally to some degree.

What is a song or piece of music that you think is either underrated or that everyone should know about (but don't)?
Little Richard, who passed recently, was an artist my family had a “greatest hits” album of when I was a kid. He was a legend in rock and roll and a trailblazer in how he presented himself, not to mention a killer musician and singer. I would say start with his greatest hits and build from there!

If you play an instrument, what do you think sets it apart from all the rest?
I play a couple of instruments. Piano is a base requirement for musicians, I think. It's unmatched for learning how to grasp basic theory, especially if you’re a very visual learner. I also play saxophone, and I like to say that it is just as sexy to play as it is to listen to. I’ve started electric bass this past year, and I think it's incredibly special as I have the privilege of playing my dad’s old Peavey from the 80s.

Music at Smith is a broad major that can be easily tailored to your specific interests within the field.

Do you have a double major, minor or concentration? How does it dovetail with your major?
I am doing a concentration in vocal performance. Rather than an intersection, I think of it more as an extension of my major; it hones in on the specific skills I want to pursue in my career.

Describe a moment from a class that particularly sticks with you.
First year, first semester I took Raphael Atlas' music theory class, MUS 110. That whole first class was a memory for me. He was an absolutely vibrant and engaging professor, and even brought us homemade apple sauce and ice cream to a class in late fall. Though he has since retired, I will always value that class.

What has been a favorite lesson you learned in a class outside of your major?
I have really enjoyed the skills I have gathered from my classes in STEM and social sciences. Math classes and biology classes helped me maintain studying techniques that I’d adapted from those I’d had in high school. Plus, it’s nice to ensure I still remember AP calc.

Who is someone you are inspired to be like? Is there anyone whose career you’d love to have?
I've been a huge fan of HAIM since high school. I’d love to live a day in their shoes.

What’s your all-time favorite Smith memory?
I wouldn’t say there’s one specific moment that strikes me—I think it’s probably right before senior year started when I realized how much I’d missed everything about Smith. That's when I really knew I’d made the right decision coming here.

Your time at Smith that has shaped the wonderful experiences that we have today at this school.

What spot on campus will you miss the most?
Neilson! I barely got to spend any time there ... enjoy it while you can!

If you could tell an incoming first-year anything about Smith, what would it be?
Treasure your memories here! And do as much as you can—there are so many opportunities! Or just kick back in your room, that works too!

What do you think has been the most “Smithie” thing you’ve done in life so far?
I cut all my hair off and dyed it different colors for a year, started to play electric bass, hung out at Shelburne enough times that I eventually started to work there...

What do you wish older alums knew about the class of 2022?
It’s your work and dedication to this school, no matter how small, and your time at Smith that has shaped the wonderful experiences that we have today at this school.