Cast out of a doomsday cult, protagonist Wynter Roth finds the outside world on the verge of a pandemic, with a deadly strain of dementia spreading uncontrollably among the population.

There’s no cure for the disease, but Wynter may possess the key to a vaccine. 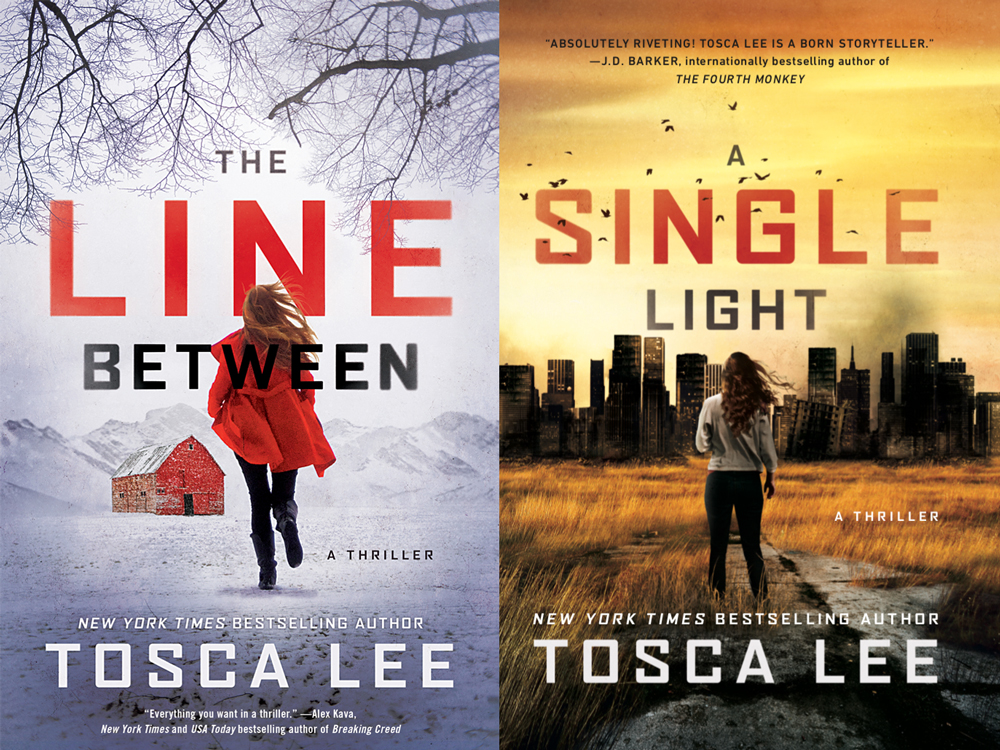 Such is the setup for Christian-fiction writer Tosca Lee ’92’s The Line Between, which Library Journal calls a “perfectly crafted dystopian thriller [that] will keep readers up all night and have them begging for a sequel.” Lee granted that wish with A Single Light, which finds Wynter quarantined in an underground silo built by a prepper named, ahem, Noah. What will our heroine find when she leaves the bunker? Our lips, like the silo door, are sealed.

THE LINE BETWEEN and A SINGLE LIGHT
By Tosca Lee ’92
Howard Books, January 2019 and September 2019

This story is part of the Smithies Create column in the Winter 2019-20 issue of the Smith Alumnae Quarterly.

Whose Line Is It Anyway? Gloria Steinem ’56 and the late Molly Ivins ’66 are two of Smith’s most iconic—and quotable—alumnae. Smithies Create challenges you to a game of quotation identification.

So You Want to Write a Memoir? Modern Memoirs, an Amherst, Massachusetts–based self-publishing company established in 1994, specializes in personal narratives and family histories.

Sibyl Brown ’14 became passionate about food justice while a student at Smith and founded the Smith chapter of the National Food Recovery Network, which continues today. As an alumna, she continues to work for food equity and wants to clarify some misconceptions about who exactly is going hungry in America.