News & Events for the Smith College Community
Campus Life May 12, 2020

BY Stacey Schmeidel
People who’ve worked with Marcela Rodrigues ’20 during her time at Smith describe her as “smart,” “kind” and “a real change maker.”

During her three years at the college, Rodrigues has modeled a distinctive style of activism grounded in a deep knowledge of history and an impulse for sharing stories.

“It’s important to understand how we got to where we are today,” Rodrigues says. “It’s easy to think that we’re the first—but that’s not true,” she laughs. “We sometimes forget that people have done things before.”

Originally from Brazil, Rodrigues emigrated to the United States as a teenager, and transferred to Smith from City College of San Francisco. At Smith, she’s been a leader in the Latin American Students Organization and chaired the Unity President’s Council—a role that allowed her to bring together chairs of Smith’s 11 cultural organizations for information sharing, support and collaboration.

With a concentration in archives, and a double major in psychology and the study of women and gender, Rodrigues believes in shaping her activism around sharing stories. She was one of the student organizers of Weaving Voices, an annual event that presents monologues by Smith’s students of color. A Quigley Fellowship with professor Carrie Baker led to the publication of several articles in Ms. Magazine. And this past February, Rodrigues arranged a community dinner in which Smith activists from previous decades, including Smith professor Ginetta Candelario ’90, spoke about their experiences as student activists. 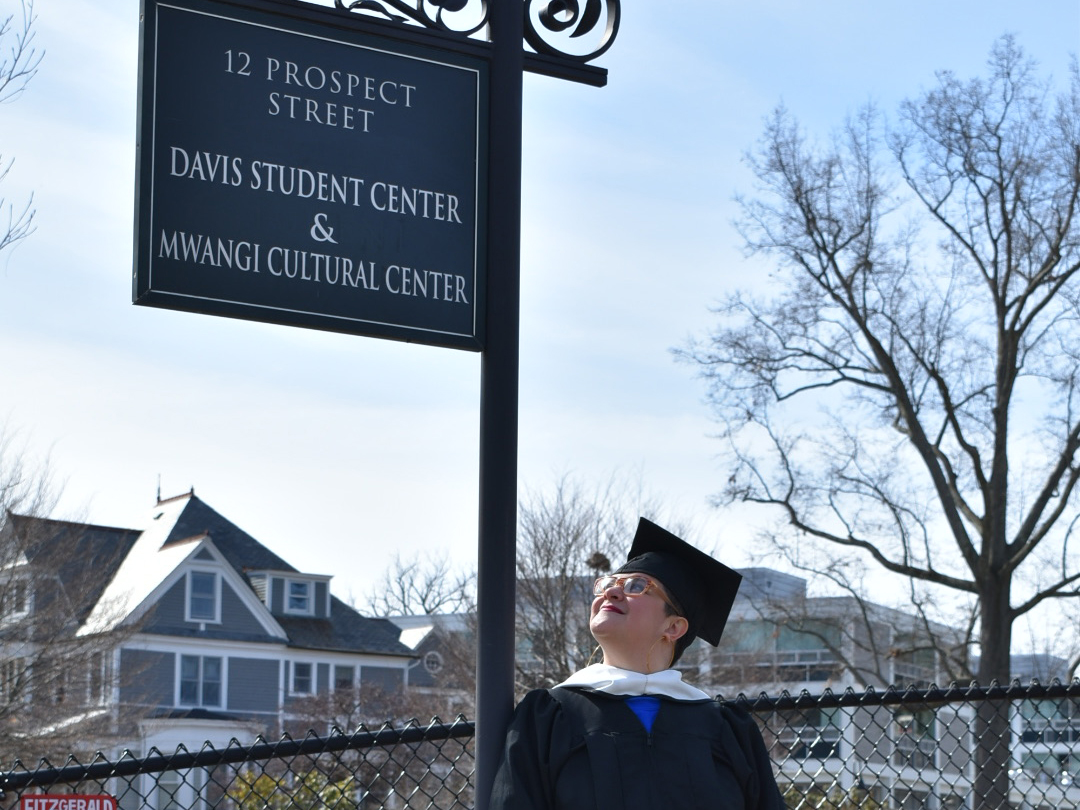 Rodrigues says that one of her most important Smith accomplishments is receiving an Innovation Challenge grant for Mwangi Reads, a project that makes it easy for students to donate used books to a new, well organized library at the Mwangi Cultural Center. “I wanted people to have access to the stories of people of color,” Rodrigues says, “so that we could find in those stories our own stories.”

What’s next? “Well, the nation is in an economic crisis,” says Rodrigues, who’s spending the shelter-at-home period in Brooklyn with her partner. “And whatever I do next will have to be social-justice oriented.”

The long-term plan is graduate school, but first, she plans to take a couple of years to explore her interests outside of academia. “I have to work,” she says. “And I want to keep writing a lot more often, and explore other outlets for my writing.”

“I’m thankful for my time at Smith,” she says. “It changed my life in many ways, and it opened so many doors.”

And she laughs appreciatively at being described as a “change maker.”

“The reason I’ve tried to make changes at Smith is because I love Smith,” she says. “I want to make this place even better than it already is.”

A Conversation with Baishakhi Taylor

Baishakhi Taylor, who began work as dean of the college and vice president for campus life on July 1, has been working with other campus leaders to find ways to engage students in the daily life of the college this fall, while maintaining the health of the community.

Erin Morgenstern '00, author of "The Night Circus" and "The Starless Sea," on her favorite classic and high school books, what book she would give as a gift and the college read that "blew my imagination open." https://t.co/mCDHY1iszK https://t.co/YJksiZBXxl

The true beauty of horror films lies in their ability to eschew the assumptions that characters should be "pretty, polite, chaste or even heterosexual," writes Lena Wilson '16 in this @NYTimes piece praising the film "Jennifer's Body." https://t.co/e7mhzCIVnQ https://t.co/NHgy90Cg9i