“Love Letter to Hawai’i, Puerto Rico and Hong Kong,” a poem by Tian An Wong, lecturer in mathematics and statistics, was published in July in Sojourners magazine.

A story about Gracie Hackenberg ’17 and her emerging career in race-car driving and fabrication was featured in the July/August issue of Hagerty.com. Hackenberg, who earned a degree in engineering science at Smith, led a team that prepped a race car for the 2017 Grassroots Motorsports Challenge.

Kate Seethaler, M.A. ’16, performed a dance created during a week-long July residency at Lamoine Community Arts in Lamoine, Maine. Seethaler teaches dance and movement at Springfield College and the School for Contemporary Dance and Thought.

Marissa Schlesinger ’93 will assume her duties as provost and vice president for academic affairs for Tacoma Community College in September. Schlesinger, who majored in art and archeology at Smith, is a former associate dean of curriculum and first-year programs at Guttman Community College in New York City. She earned a master’s degree from the University of Toronto, where she is completing a doctorate in ancient Egyptian civilization.

The Smith-based journal Meridians and Smith’s Latin American Studies and Study of Women and Gender departments hosted the Tortuga Awards dinner on campus in July. The event was held in conjunction with the Mujeres Activas en Letras y Cambio Social (MALCS) Summer Institute. 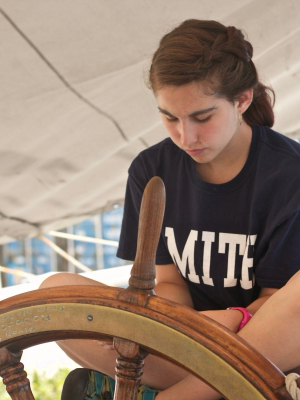 Michaela Guy ’22 is sailing in the Pacific aboard the SSV Robert C. Seamans as a participant in the Sea Education Association’s semester at sea summer program.

Lauren Anderson, content production coordinator in College Relations, is the author of “Du Bois in Drag: Prevailing Women, Flailing Men, and the ‘Anne Du Bignon’ Pseudonym,” a chapter in Citizen of the World: The Late Career and Legacy of W.E.B. Du Bois, edited by Phillip Luke Sinitiere.

Nancy Erba ’88 has joined the board of directors of California-based PDF Solutions, Inc. data analytics company. Baylor, who majored in mathematics at Smith, earned an M.B.A. from Baylor University.

Gainor Davis ’71 is the new executive director of the Connecticut River Museum in Essex, Connecticut.  A former executive director of the Historical Society of Carroll County, Maryland, she earned a degree in history from Smith, a master’s degree in American studies and history from the University of Delaware, and a doctorate from Temple University.

Photographs by neuroscientist Jean Merrill ’69 will be on view as part of the “Human-Nature Interaction” international showcase at Montserrat Contemporary Art Gallery in New York City through August 31. A biological sciences major at Smith, Merrill’s career has included work as a professor, a laboratory researcher and a senior executive at a pharmaceutical company.

Sherry Robb ’67 MSW has been inducted into the National Conference of Personal Managers’ Hall of Fame. Robb, a film producer and bestselling author, represents actors and writers through the Robb Company, which she founded in 2003.

Smith Dining Services thought the sandwich offerings on campus needed a little makeover so they put a call out to dining staff to come up with some scrumptious ideas—and they delivered! Smith staff from various departments willingly volunteered to be judges. It was a delicious job, but someone had to do it.

Winning floral hybrids, business idea pitches and scientific research presentations are among the recent accomplishments of Smith students, faculty, staff and alumnae. Read about them in the latest People News column.

After a landscape design internship in Manhattan last summer, Tess Abbot ’20 developed a keen appreciation for Smith’s winding pathways and bucolic gardens. As an aspiring designer, she also considers ways to improve how today’s students interact with Smith’s campus.