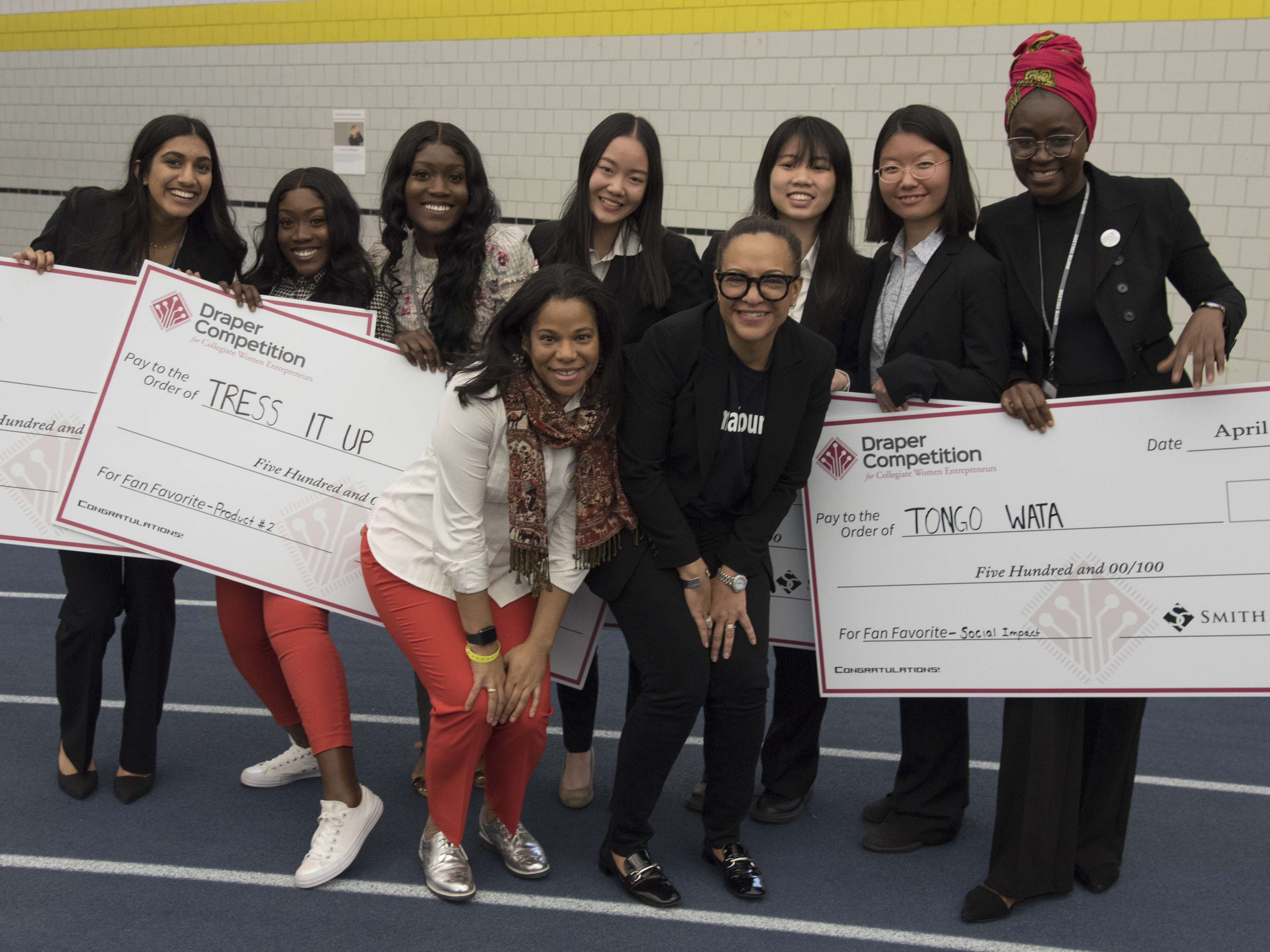 Research by Shannon Nicholls ’19, “Evidence for internal desynchrony underlying circadian clock resetting,” has been accepted for publication in the June issue of Yale Journal of Biology and Medicine. Nicholls is majoring in biological sciences and wrote her paper for a special studies class. 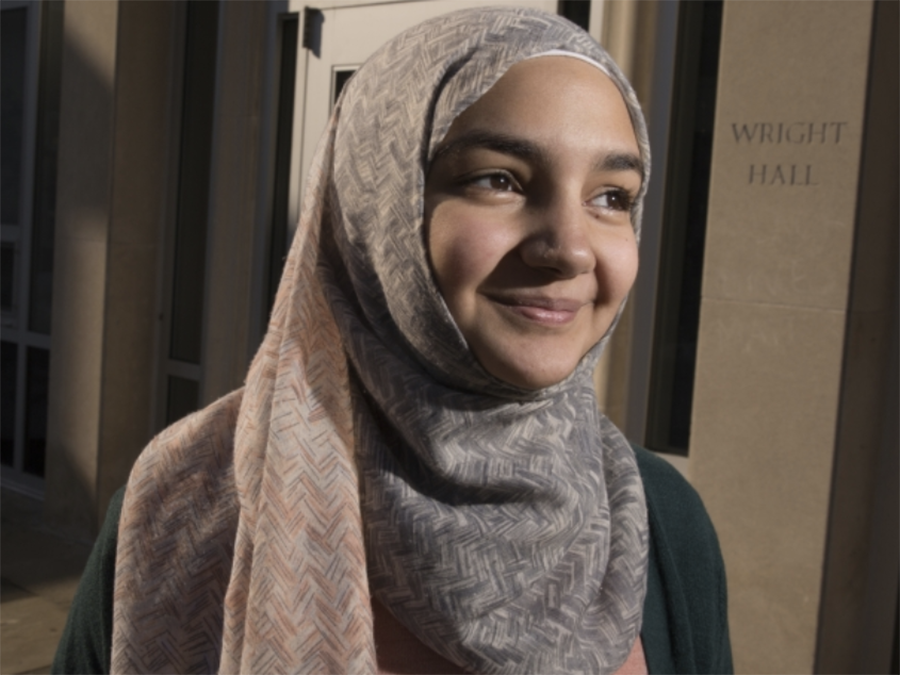 Khulood Fahim ’19 has been awarded a prestigious James C. Gaither Junior Fellowship from the Carnegie Endowment for International Peace to support a year of international research in Washington, D.C. Fahim, who is majoring in government and comparative literature at Smith, will work in the foundation’s Middle East Program with a senior scholar.

Assistant Professor of Statistical and Data Sciences Ben Baumer is the recipient of this year’s Significant Contributor Award from the American Statistical Association’s Section on Statistics in Sports. Baumer will speak in July on “Imagining the Future of Sports Analytics” at the ASA’s conference in Denver, Colo.

Annaliese Beery, associate professor of psychology, recently published an editorial, “Studying Sex as a Biological Variable: Is a New Day Dawning?” in the Journal of Women’s Health.

Elizabeth Stordeur Pryor, associate professor of history, spoke at Springfield Technical Community College in April on “Etymology of [the n-word]: Resistance, Language and the Politics of Freedom in the Antebellum North.” Pryor’s essay, published in 2016 in the Journal of the Early Republic, won the Ralph D. Gray Prize for best article that year.

Sara Pruss, associate professor of geosciences, is the author of “Marine anoxia and sedimentary mercury enrichments during the Late Cabrian SPICE event in northern Scotland,” published in March in Geology.

Abby Baines, head of public services, and Rose Reynolds, head of collection development at Smith Libraries, organized the spring conference of the New England Chapter of Code4Lib. The gathering, held on campus in March, focused on trends and issues in digital humanities.

Catherine McGuinness ’11 is the new head of quality control assurance for Stony Creek Brewery in Branford, Conn. McGuiness majored in physics at Smith and earned a Ph.D. in molecular biophysics and biochemistry from Yale University.

Soprano Alicia DePaolo ’10 performed in February at Emmanuel Church in Boston in the debut of a rarely heard Jewish Baroque oratorio, “Esther,” by Cristiano Guiseppe Lidarti. DiPaolo, who majored in Spanish at Smith, earned a master’s degree in early music vocal performance from Indiana University.

Jennifer Needham AC '09, a research librarian at Deerfield Academy, is the author of “Collaboration Adventures with Primary Sources: Exploring Creative and Digital Outputs,” published in The Journal of Interactive Technology and Pedagogy. Needham majored in history at Smith and earned a master’s degree in library and information science from the University of Pittsburgh.

Keiko Matsudo Orrall ’89 has been named a member of the senior leadership team for the Massachusetts Executive Office of Housing and Economic Development and the Massachusetts Office of Travel and Tourism. Orrall, a former Massachusetts state representative—and the first Asian American woman elected to the chamber—graduated with a degree in education and child study from Smith.

Thelma Golden ’87 has been named a member of the Andrew W. Mellon Foundation’s board of trustees. Golden, who majored in Afro-American studies and art at Smith, is director and chief curator of The Studio Museum in Harlem.

Susan Hood ’76 and Jane Yolen ’60 are recipients of the national Society of Book Writers and Illustrators’ 2019 Golden Kite Awards for children’s literature. Hood’s “Lifeboat 12,” about a boy’s experience surviving a torpedo attack during World War II, won for middle grade fiction. Yolen’s book, “Mapping the Bones,” about twins traveling from the Lodz ghetto to a Nazi concentration camp, won for young adult fiction.

Barbara Lister-Sink ’69, director of the Salem College School of Music, has been named a 2018 Professional of the Year by Musical America for her career-long efforts to create an injury-preventive keyboard technique to combat playing-related injuries suffered by pianists. Lister-Sink, who earned a degree in music from Smith and a doctorate in education from Columbia University, is a professor of piano at Salem College.

The work of Carol Heifetz Wishcamper ’65 and other members of the Maine Wabanaki-State Child Welfare Truth and Reconciliation Commission is featured in a documentary, “Dawnland,” about Native American children who were taken from their homes and placed with white families in the 20th century. Wishcamper, who is now a business consultant, majored in art at Smith.

Maya Durham ’23 develops more inclusive opportunities for children to experience the joys of art and express their creativity.