In 2007, while I was leading an organization that created traveling learning experiences for the chief executives of global companies, I met a group of women on the streets of Mumbai whose lives inspired me so deeply that I changed my path in life.

My job had been to find people in the world who were doing interesting things, and from whom our group could learn. This time, the lesson caught me.

Mumbai, India, has a population that is roughly estimated at more than 12 million people; over half of them live in slums. Then there are the “pavement dwellers,” who cannot afford the slums. They live on the sidewalks, in makeshift huts built with castoff materials. Such were the women I had come to see.

The story they shared with me that day was a testament to the power of purpose, persistence and community to bring about meaningful change—no matter who you are. It is one of several examples that ultimately inspired me to write my book, Dig Where You Are, about people I knew who had solved big problems in the world. My hope was that their stories—from India, Tibet, Thailand, America and Sweden—would have something to teach those of us who want to make a difference, but are not sure how to start. 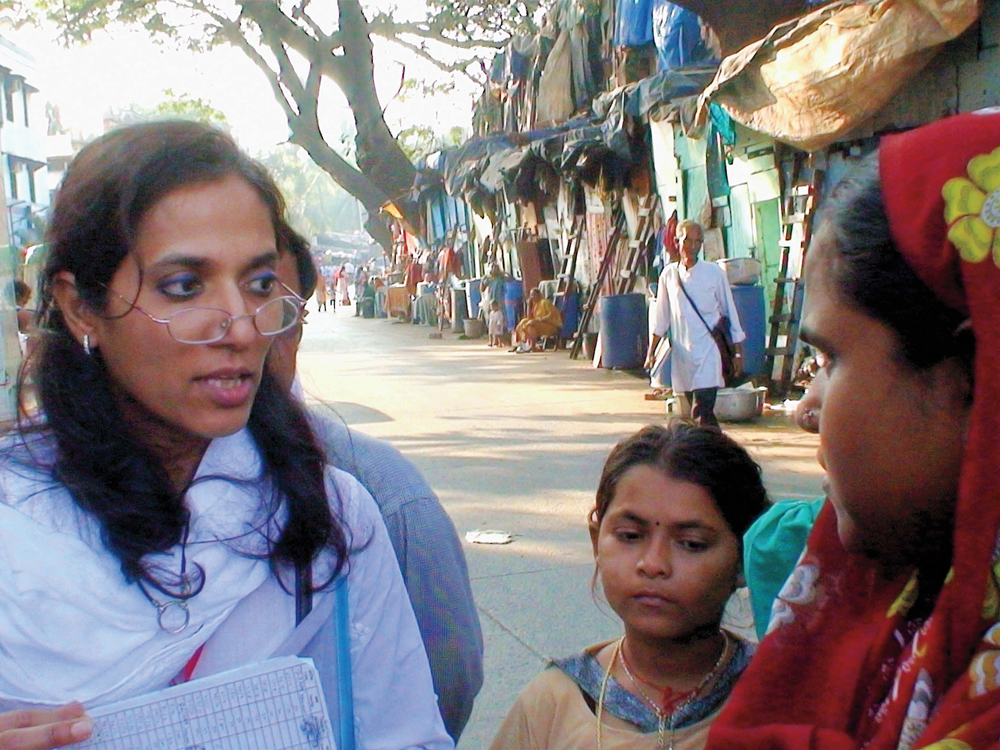 A woman collects money from women saving up for permanent homes. Photograph by Sparc India

The women and I sat facing each other on straw mats in a garage near their “hutment.” Each woman was colorfully clad in yards of radiant, patterned fabrics. They looked upon my Western otherness with mild curiosity. As we sipped tea laced with milk and sugar, they recounted how they had come to Mumbai from rural areas; some had traveled with their husbands and others had been sold into prostitution by their families. For years social welfare agencies had given the women food stamps, health services and other benefits. But what they really needed was an end to the incessant destruction and removal of their huts by the police. Because they were so poor, it took them weeks, if not years, to rebuild what they lost in one demolition.

Two women learned it was illegal for the city to demolish huts without first posting a notice. When they realized that no notice had ever been posted, they saw an opportunity. With the encouragement of a local community organizer, the pavement dwellers set out to learn about the law and their individual rights.

None had set out to change the world. They simply saw an opportunity to make something better and took that first step.

By the time I met them, the women had been working as a collective—Mahila Milan, or Women Together—for almost 20 years. They were now self-taught experts on their civil and legal rights. They had stood up, stopped the demolitions, started a dialogue with local government and even designed prototype houses that they hoped to build someday. They had become the primary source for reliable census data on the slums for the city planners, and they were working with the municipality to find land for more permanent homes.

In 2014 they were finally granted land. Eighty families moved off the pavement. More followed.

The women uncovered other opportunities. By collecting and pooling extra pennies every day, they were able to create a savings account. When I asked if their husbands contributed, they laughed. One answered for the rest, “No. Men are unreliable. If they managed the money, they would spend it on alcohol and other women.”

With their combined funds, they issued loans for small businesses, supported one another in emergencies and put money aside for the houses they planned to build. They shared what they learned with other women’s groups across India. With the support of a global federation of urban poor, they traveled to cities in Africa and Latin America to teach what they had learned. 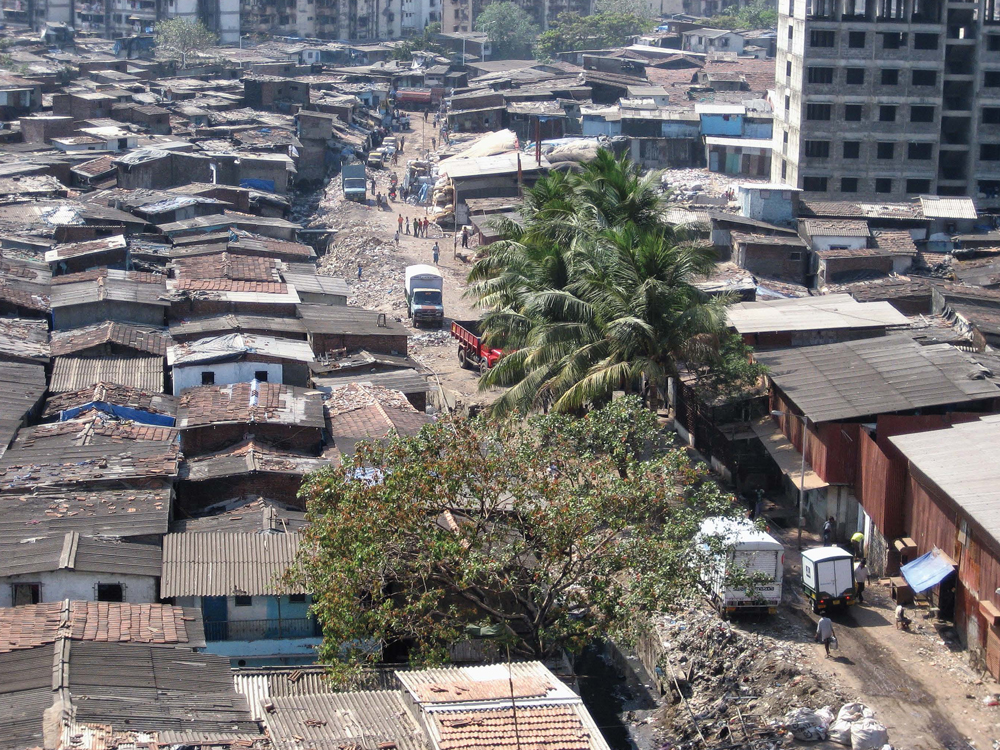 Half the population of Mumbai lives in slums. Photograph by Nan Alexander Doyal ’85

What they accomplished was remarkable. They reminded me of others I had known in the world who, with very little, had created a meaningful difference. None had set out to change the world; in fact, most were immensely unqualified in the formal sense to do so. They had simply seen an opportunity to make something better and had taken that first step.

For years, the pavement dwellers’ story stayed with me. As I transformed myself from executive to author, and struggled to write the story I wanted to tell, I was inspired by their patience and persistence. I understand now that it is the power of purpose that sustains us through the dark days of doubt and discouragement. When what we are doing is about something bigger than ourselves—whether transforming a hutment instead of just a hut, or figuring out how to give a voice to people who have not yet been heard—we find a way. The women of Mahila Milan taught me that no matter who we are, each of us has the capacity to make a difference. And more often than not it is the small things that end up making the biggest difference in the world.

Nan Alexander Doyal ’85 is the author of Dig Where You Are: How One Person’s Effort Can Save a Life, Empower a Community and Create Meaningful Change in the World (Casper Press, 2017).

Influential Professor: “Charles Staelin [economics], who taught me to ask good questions, to come at a problem or situation from many perspectives and to listen.”

What Stayed With Me: “There was an unspoken expectation that we would take what we had learned at Smith and do something meaningful with it. It didn’t have to be notable, but it had to be about something bigger than ourselves. I have carried that with me. It has influenced the choices I’ve made and the quality of my life.”

"Because of financial aid, I'm able to look at college as an opportunity to learn and grow, not as something that will leave me in debt." -Sarah Glidden '20, statistics and sociology major, South Portland, ME https://t.co/zlmfwgwdzX