Donning knee-high purple rain boots and clutching a clipboard to record observations, Mary Ellen Hannibal ’81 joins members of the California Academy of Sciences twice a month to scan the tide pools of Half Moon Bay, California, in search of a disappearing species. In a way, they are also searching for hope.

Just five years ago, dozens of sea stars—some of them purple, as if to match Hannibal’s footwear—were counted in designated study sites in the chilly waters of Pillar Point. These days there are none to be found, victims of a mysterious wasting disease that causes the animals’ flesh to disintegrate. “They have not only disappeared from California, but from the entire coast, from Sitka to Baja,” Hannibal laments. A virus is blamed for the die-off, a scourge triggered, some theorize, by climate change and pollution.

Hannibal, a journalist living in San Francisco, feels a duty to bear witness. And she wants to spread the word that ordinary people play an important and necessary role in helping scientists to collect data and to document a changing world.

Hannibal’s latest book, Citizen Scientist: Searching for Heroes and Hope in an Age of Extinction (The Experiment, 2016), is a call to action to residents of planet Earth to “live the story” of biodiversity. She wants to improve documentation—through photographs and written records—of flora and fauna as they exist today in neighborhoods across the land. 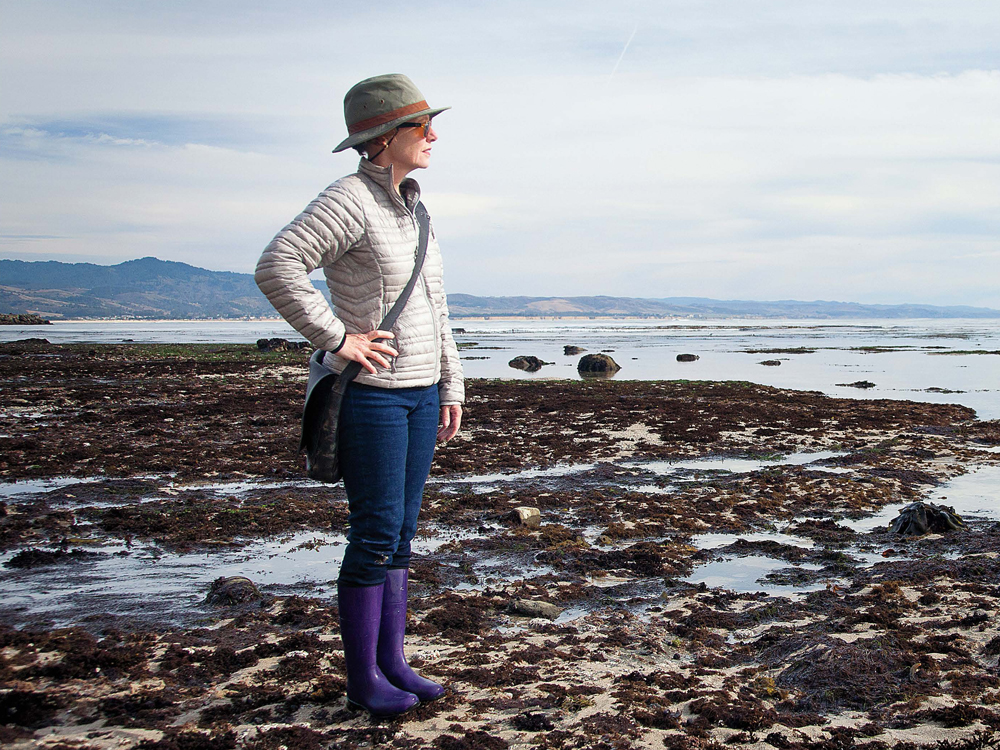 “It’s an observation of life in a time and a place—who lives where, when, how they got there and where they’re going,” Hannibal says of the work. “That is what conservation biology is all about. You can simply go on a hike

The stakes are high, as scientists contemplate what they refer to as a “sixth great extinction” that calls into question the future of life on Earth. In the past 40 years, the number of vertebrates has plummeted by 28 percent, while the bird population has dropped by 1.5 billion. Diversity has dropped in many instances as habitats are trampled by the relentless surge of population growth. As many as 30,000 species per year—nearly three per hour—are being driven to extinction, according to Harvard researcher E. O. Wilson, considered the father of biodiversity.

“When more people understand what’s going on, we’ll be able to make a big difference. Because we have to.”

Citizen scientists can help by providing data that can be used to inform conservation efforts. Across the United States, there are thousands of citizen science projects underway, many of them being performed under the auspices of government agencies and accredited scientists.

“One of the things that is so important about citizen science is that it connects scales,” Hannibal says. What happens locally, regionally, continentally and globally is all related. The only way that we can grapple with that is to get data and to see pictures of what’s happening at those different scales.”

Citizen science can be as simple as yanking invasive plants from natural areas, Hannibal notes, or as complex as helping NASA search space photos for tiny interstellar dust impacts. 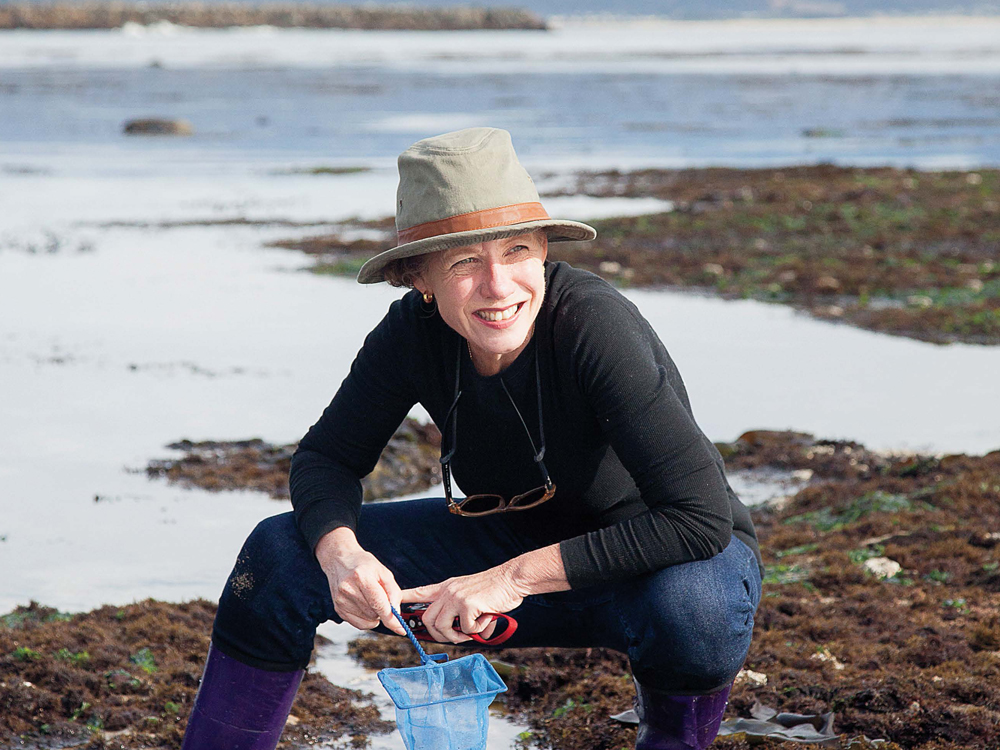 Author Mary Ellen Hannibal works with other citizen scientists to observe tide pools in Half Moon Bay in her home state of California.

Hannibal’s journey to citizen science started in 2007, when she was researching her book Evidence of Evolution (Abrams, 2009). The extinction crisis became shockingly real to her when some scientists she was interviewing for the book—not normally weepy sorts—began to cry as they described the fragile state of life on Earth.

“Now when a scientist cries, I’m not surprised,” Hannibal says. “But if you can imagine, 10 years ago I had never heard this term ‘mass extinction.’ I didn’t know what was wrong with these guys. I was like, ‘Come on, you’re in this beautiful new museum, there’s a great café for lunch there. Aren’t you having a good time?’”

“The answer is ‘no,’” she adds. “They’re losing their study sites at an accelerating pace, and they’re frustrated and enraged and in despair quite often. They do what they can, but nobody’s hearing them.”

“As a very visible science writer, Mary Ellen’s endorsement and personal demonstration of the importance of citizen science provides a vivid role model to others to join in and contribute to science in their own ways,” says Muki Haklay, a professor of geographical information science at University College London, where he directs the Extreme Citizen Science Group (ExCiteS), which provides tools for anyone wanting to collect and analyze information. “Her ability to explain concepts clearly and link them to meaningful aspects  of human life will hopefully encourage others to join such activities.” 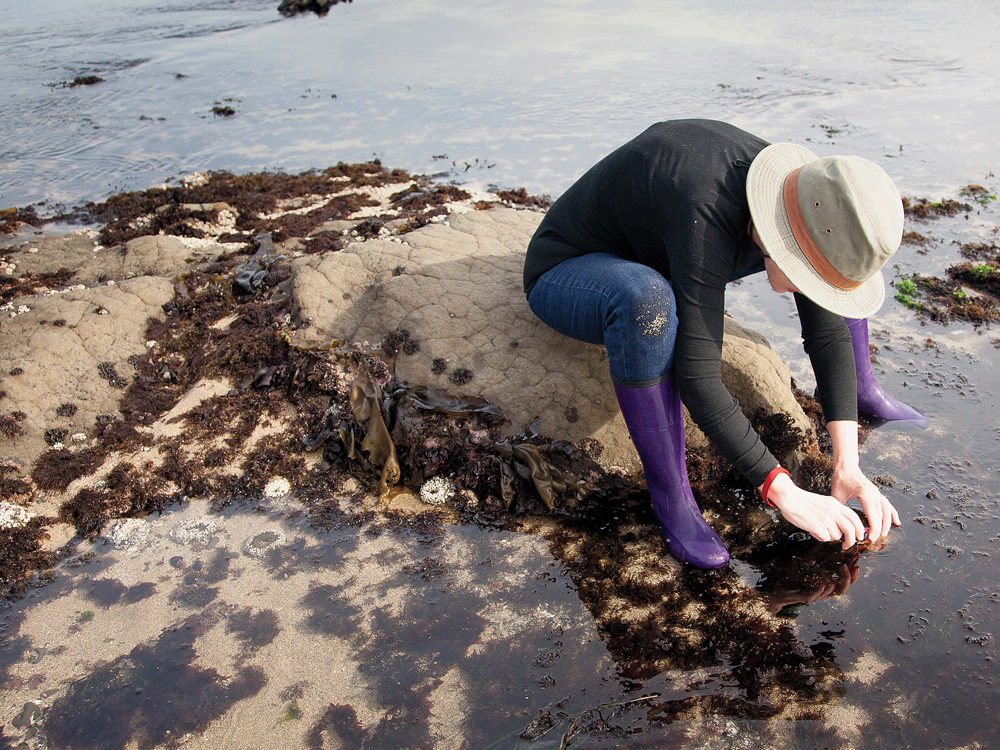 At Smith, Hannibal was an English major determined to become a college professor. But “a trend toward smaller and smaller microexaminations of texts” turned her off that idea, and she instead forged a career in writing and editing. A recipient of the National Association of Science Writers’ Science in Society Award, Hannibal is the author of five books, including The Spine of the Continent: The Race to Save America’s Last, Best Wilderness (Lyons Press, 2013), which explores the environmental importance of the Rocky Mountains from Wallerton Lakes, Canada, to Sonora, Mexico.

The continued extinction threat, meanwhile, gives Hannibal’s life a sharp focus. “I get up every morning, and I also wake up in the middle of almost every night, thinking about all of this and how I can help more,” she says. “I do feel that when more people understand what’s going on, we’ll be able to make a huge difference. Because we have to.”

Back at the tide pools, citizen scientists can be found basking in morning’s first light, documenting life in hopes of saving it. With waves crashing nearby, those like Hannibal are reminded why they’re there in the first place.

“You can’t even believe how much beauty there is,” Hannibal says. “There’s so much to save.”

There is no shortage of citizen science projects, and many can be found online. Mary Ellen Hannibal ’81 recommends a few websites to get you started.

Finally, look for master naturalist programs in your state or locale. They can serve as a good entry point for aspiring citizen scientists.

Andrew Faught is a freelance writer in Fresno, California.

Influential Professor: English professor Dean Flower. “His were the first cross-disciplinary classes I took, combining art, literature and history. I fell in love with looking through a lens that is more of a prism and less of a magnifying glass. My work always takes that approach.”

Favorite Smith Memory: “Many, many of my classes at Smith taught me ways to think and to rethink. Whether you’re looking at a painting, deeply reading a novel or understanding a scientific concept, there is a history behind what you’re analyzing. A literal timeline. In Citizen Scientist, I integrated stories that explain the discovery process by which researchers figured out some key concepts about how nature works. This chronology of discovery provides a context for even very complicated ideas and helps elucidate them. This is a basic critical-thinking skill that all my humanities classes at Smith emphasized.”

A Celebration of Blackness

“What does it mean to be Black and alive right now?” That question is at the heart of Black Futures, a beautiful and urgent new book edited by Kimberly Drew ’12 and Jenna Wortham.

Designer Claire Harper ’11 was first introduced to the craft of leatherworking during her junior year in Florence, when she toured the prestigious Scuola del Cuoio (Leather School).

"What I love so much about this poem is its sense of connectedness," says poet Rick Barot @BarotRick of "Rosaries" by Ishle Yi Park. https://t.co/0X4qOUfxKk https://t.co/pXyxAZJTvc