Smith’s Jill Ker Conway Innovation and Entrepreneurship Center (LINK: https://www.smith.edu/academics/conway-center)  is one of three finalists for the Excellence in Co-Curricular Innovation award from the U.S. Association for Small Business and Entrepreneurship. The award “encourages and recognizes innovative, co-curricular programs that feature creativity, quality, sustainability and impact.” Smith’s center was chosen from among approximately 100 schools. Monica Dean, Conway Center director, noted that “the fact that Conway continues to be ranked among the top schools in this field is proof that our approach works.” 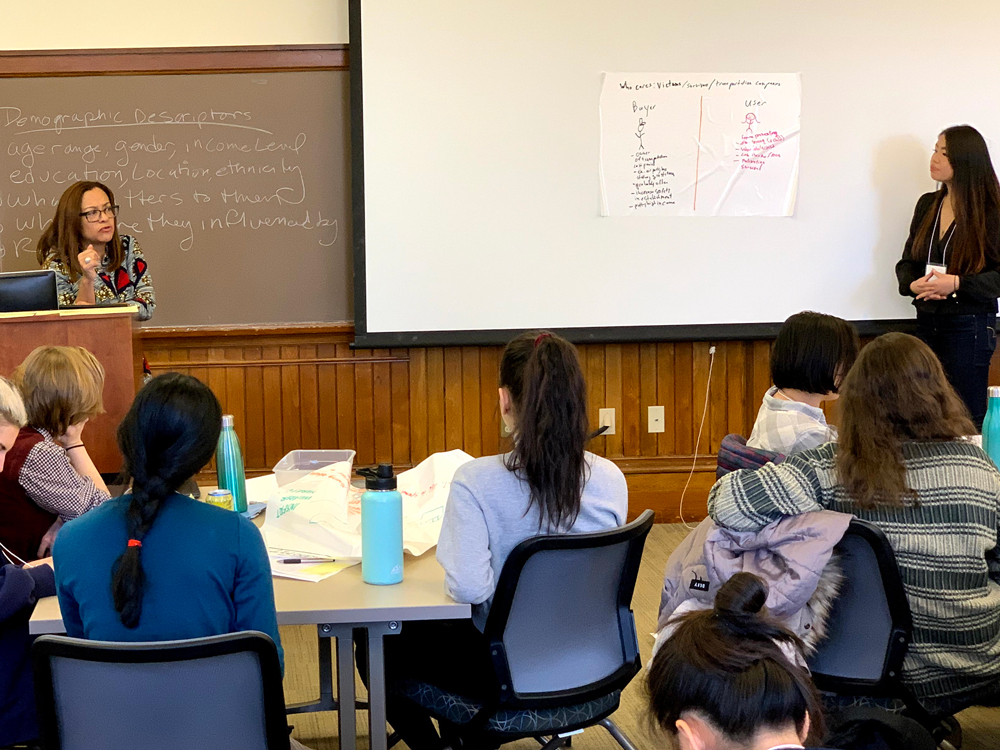 Professor of the study of women and gender Carrie Baker is a guest speaker for a Berkshire Community College series exploring the many aspects of the proposed Equal Rights Amendment. Baker’s March 5 session is on “The ERA, Abortion and Reproductive Rights.”

“Difficult Love (What Scatters and Then Comes Back Together),” an exhibition of works by assistant professor of art Alex Callender, is on view through February 28 at New York University’s Gallatin Galleries.

Samantha Earp, Smith’s vice president for information technology, has been elected to the Berea College Board of Trustees for a six-year term. Earp, who earned her bachelor’s degree from Berea, earned a master’s degree in French linguistics from Indiana University.

“Master of Poisons,” a new novel by Andrea Hairston ’74, Louise Wolff Kahn ’31 Professor of Theatre, is due to be published in September by Tor.com.

Professor of theatre Ellen Kaplan gave a talk in February on “Refugee Theater: Kurdish and Yazidi Women Speak Out” at Brooks Memorial Library in Brattleboro, Vermont. The talk was part of a Vermont Humanities Council lecture series.

“The Letters of Sylvia Plath: Volume II, 1956-1963,” co-edited by Karen Kukil, associate curator of  Special Collections at Smith, was named one of the top books of the decade by The Sunday Times of London.

Josh Miller, professor of social work, was a panelist for a February panel on “Beyond Gun Laws: A Conversation About Keeping our Community Safe and Preventing Violence” at Hatfield Elementary School. The event was moderated by Northwestern District Attorney David Sullivan.

Aimee Loiselle, a Smith research fellow in reproductive justice and popular political education, is the author of “Puerto Rican Needleworkers and Colonial Migrations,” which was published in the December 2019 issue of the “Journal of Working-Class Studies.”

Pam Davis ’11 has been named assistant city manager for Boulder, Colorado, effective April 6. Davis, who majored in government at Smith and earned a master’s degree in public administration from Arizona State University, has served as a senior management analyst for the city of Boulder and as a co-staff liaison to the Police Oversight Taskforce and community LGBTQIA+ liaison.

“Razor Burn,” an exhibit of artwork by Katarina Riesing ’05, was shown recently at the Aysa Geisberg Gallery in New York City. Riesing majored in art at Smith. Riesing is assistant professor of foundations in Alfred University’s School of Art and Design.

Jennifer Collinson ’03 has been named director of marketing and communications for Connecticut-based AdminaHealth, LLC. Collinson majored in studio art at Smith and earned a master’s degree in brand development from Bath Spa University’s School of Art and Design. She previously served as director of marketing and communications for the Hyde School in Maine.

Nina Lanza ’01, a planetary scientist at Los Alamos National Laboratory, is a member of a research team working on a new instrument that will travel aboard NASA’s Mars 2020 rover. Lanza, who majored in astronomy at Smith, earned a master’s degree in earth and environmental sciences at Wesleyan University. 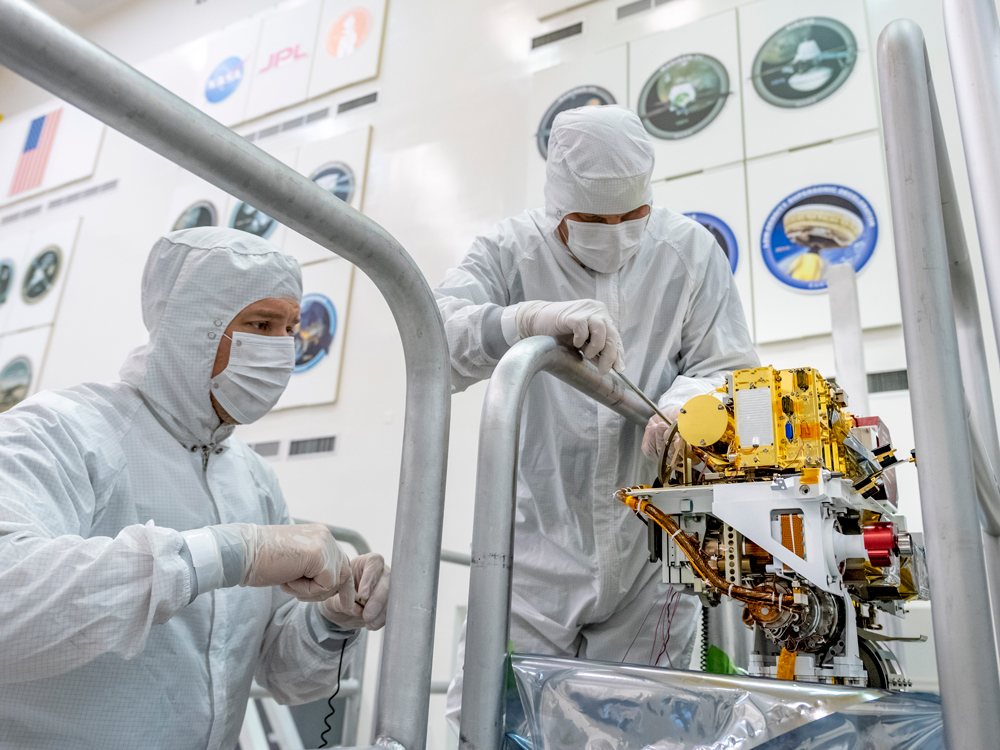 Celina Miranda ’97 was a panelist in January for “Placemaking: The Evolution of the Boston Latin Quarter—Placemaking in Action,” a discussion of planning opportunities and challenges in the district. Miranda, who majored in Latin American literature at Smith, is executive director of the Hyde Square Task Force, a youth development organization in Boston’s Jamaica Plain neighborhood.

Andrea Wolfman ’75 is part of a new six-lawyer energy group that has joined the Washington, D.C-based firm of Davis Wright Tremaine. Wolfman, a former executive at the Federal Energy Regulatory Commission, majored in government at Smith and earned a law degree from the University of Michigan Ann Arbor.

Journalist Trudy Rubin ’65 moderated a January panel, “Paradigm Lost: From Two-State Solution to One-State Reality,” at the University of Pennsylvania’s Perry World House in Philadelphia. Rubin, who majored in government at Smith and earned a master’s degree from the London School of Economics, is the foreign affairs columnist for The Philadelphia Inquirer.

What’s New at the Wurtele Center

Since she became director of Smith’s Wurtele Center for Leadership last July, Erin Park Cohn ’00 has overseen a process aimed at engaging the Smith community in shaping the center’s mission, programs and partnerships.

Science outreach efforts, coaching awards and career promotions are among the recent accomplishments of Smith students, faculty, staff and alums. Read about them in the latest People News column.

Smith Dining Services thought the sandwich offerings on campus needed a little makeover, so they put a call out to dining staff to come up with some scrumptious ideas—and they delivered! Smith staff from various departments willingly volunteered to be judges.

Catch a glimpse of the landmark exhibition #BlackRefractions @Smithartmuseum tonight at 7:30 p.m. on the @Chronicle5 segment about artists and museums. https://t.co/GrPrm1qrcL https://t.co/sejUwD4wGF