Jenna Stanley ’23 was an intern this summer with the National Oceanic and Atmospheric Administration’s Ernest F. Hollings Scholarship Program. Stanley, who is majoring in environmental science and policy, completed a project using microscopic images of white perch to examine the health of the species in New Jersey waterways.

Teia Willa Shannon ’25 is the recipient of a Girl Scout Gold Award for a program she created, “Consenteens: Educating High Schoolers about Sexual Assault and Consent.” Shannon, who has been a member of the Girl Scouts since kindergarten, was honored at a ceremony hosted in August by Girl Scouts San Diego.

A teen musical by Annika Schmitt ’24, “52 Blue”—written during the past year of the pandemic—was performed in August by Portland Players in Schmitt’s hometown of Portland, Maine. Schmitt also co-created another show by teens for teens, “Gen Z: The Musical,” in 2019.

A translation by Paige MacKinnon ’23 of the poem “Siberia Burns” appeared in August in the Los Angeles Review of Books. MacKinnon is majoring in Russian and East European and Eurasian studies at Smith. 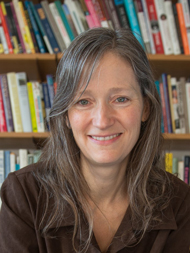 Carrie Baker, Sylvia Dlugasch Bauman Chair of American Studies and professor of the study of women and gender, was featured in a recent podcast, “Are Critical Race Theory Bans Targeting Women of Color Scholars,” on George Washington University’s History News Network. Baker was also a panelist at a September online forum at the University of Massachusetts Amherst, “Texas Abortion Ban and the Future of Reproductive Justice and Constitutional Rights.”

Ginetta Candelario ’90, professor of sociology and editor of the Smith-based journal Meridians, was cited for her mentorship in an article in the Stanford Graduate School of Education News about community-based learning.

Suleiman Mourad, professor of religion, is co-author of the new anthology, “Muslim Sources of the Crusader Period.” Mourad also published “His Own Prophet: Adonis’s misguided polemic against Islam,” in August in The Baffler. The article focuses on the work of Syrian poet and intellectual Adonis.

Sara Newland, assistant professor of government, has been selected as a 2021-23 Public Intellectuals Program Fellow of the National Committee on U.S.-China Relations. Newland is a member of the U.S.-Taiwan Next Generation Working Group. 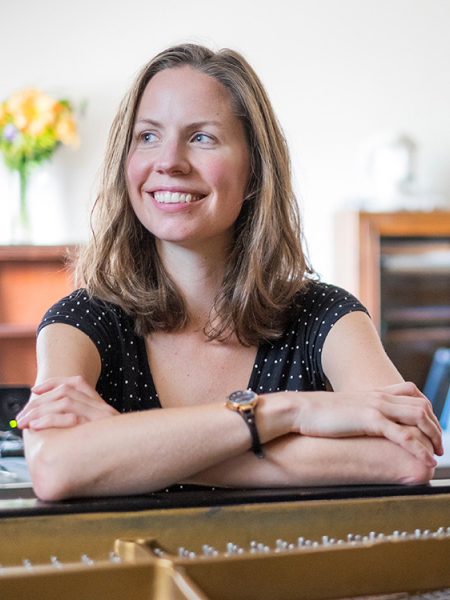 “IPSA DIXIT,” a composition by Kate Soper, Iva Dee Hiatt Professor of Music, was performed on September 4 at PS21 in Chatham, New York. The theatrical chamber piece—which was a finalist for the 2017 Pulitzer Prize—explores the intersection of music, language and meaning.

Candice Price, associate professor of mathematics and statistics, has been awarded a $230,782 grant from the National Science Foundation for “LEAPS-MPS: DNA Knot Shadows Exploration.”

Steven Williams, Gates Professor of Biological Sciences, published “Parasitic Disease Surveillance, Mississippi, USA” in the August 31 edition of Medscape. The research looks at human populations in Mississippi that have historically been at risk for hookworm and other parasitic diseases. Williams is also the recipient of a $255,318 grant from the National Institutes of Health for “Soil Epidemiology: a new tool for environmental surveillance of soil-transmitted helminth infections in endemic settings.”

Will Williams, associate professor of physics, has been awarded a $481,758 grant from the National Science Foundation for “PM: RUI: High Precision Spectroscopy for Tests of QED.”

A research post by Adena Collens ’21, “Giant Bacteria, Giant Genomes,” was published in That’s Life [Science] after being selected as a finalist in the online publication’s spring 2021 writing contest. Collens earned her Smith degree in biological sciences and Jewish studies.

A blog post by Amy Olson ’21, “Rediscovering Stories in the Stacks: The Carvalho Monteiro Collection,” was published by the Library of Congress’ internships archive. Olson earned her Smith degree in the study of women and gender.

Elena Rossen ’14 spoke this summer on “Online Skill Building for LifeMAP Coaches, AAPCA Members and AsperCoaches: Supporting Gender Diverse Clients,” at a virtual training session hosted by The Asperger/Autism Network. Rossen majored in psychology at Smith and earned a master’s degree in education from Lesley University.

Brook Eller ’98 has been appointed to the board of trustees of the Wilderness Youth Project in Santa Barbara, California. Eller, who earned a degree in anthropology from Smith, holds a master of science degree in landscape architecture from the University of California.

Patience Nombeko Mbava ’96 has been appointed to a five-year term as chair of South Africa’s Financial and Fiscal Commission, a government agency that focuses on the “equitable division of nationally collected revenue.” Mbava, who majored in economics at Smith, earned an M.B.A. and a Ph.D. in government from Stellenbosch University. 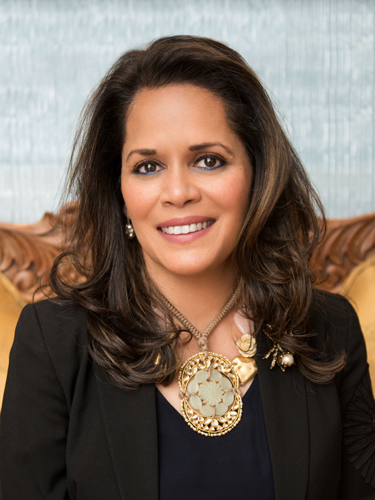 Mona Sinha ’88 is a member of the inaugural Advisory Council of the new Smithsonian American Women’s History Museum in Washington, D.C.  Sinha, a trustee emerita at Smith, will receive the Smith Medal in February.

Alison Shaw ’75 has received a Walter Cronkite Award from SailMV for photography that helps “tell the story of Martha’s Vineyard.” Shaw, who majored in art at Smith, is the owner of Alison Shaw Photography in Oak Bluffs, Massachusetts.

Susannah Gal ’80 has been appointed the dean of pure and applied sciences at the University of the Bahamas. Gal, who majored in chemistry and biochemistry at Smith, earned a Ph.D. in chemistry from Johns Hopkins University. She served as associate dean of research and outreach at Pennsylvania State University and is a former program officer for the National Science Foundation.

Esther Cohen ’52 has been named a “2021 Local Legend” by Peoria Magazine for her decades of community volunteerism and support of the arts. Cohen, who majored in history at Smith, helped create and fund a range of arts and cultural organizations in Peoria, Illinois.

Podcasts, research grants and career promotions are among the recent accomplishments of Smith students, faculty, staff and alums. Read about them in the latest People News column.