Bringing the World to Smith

These are just some of the guest speakers who’ve appeared in Smith classrooms this semester from around the world, while students attended class remotely.

An unexpected feature—and benefit—of remote instruction at Smith is that it’s been easier, in some ways, for students to have access to some of the world’s leading thinkers as guest speakers during their regular courses.

“The silver lining of Zoom,” says Alex Keller, chair of Smith’s Film and Media Studies Program, “is that we can invite people into our classes to talk to eager and attentive students without asking them to travel or give over so much of their time.

“It doesn't replace face-to-face conversation,” Keller notes, “but it does open up access to some for whom coming to campus simply wouldn't otherwise be possible.”

Keller and her colleagues in the Film and Media Studies Program have taken advantage of this fact by arranging classroom conversations with revolutionary film producer Christine Vachon and Washington Post film critic Ann Hornaday ’82, among others.

“It’s so important to do what we can when we can’t do what we would do otherwise,” says Berkman, the Anne Hesseltine Hoyt Professor of Theatre at Smith. “I ordinarily bring a couple of people to campus each year—I wouldn’t have had the funding for 10 in-person visits,” he laughs. “But I realized this year that our situation has its advantages.” 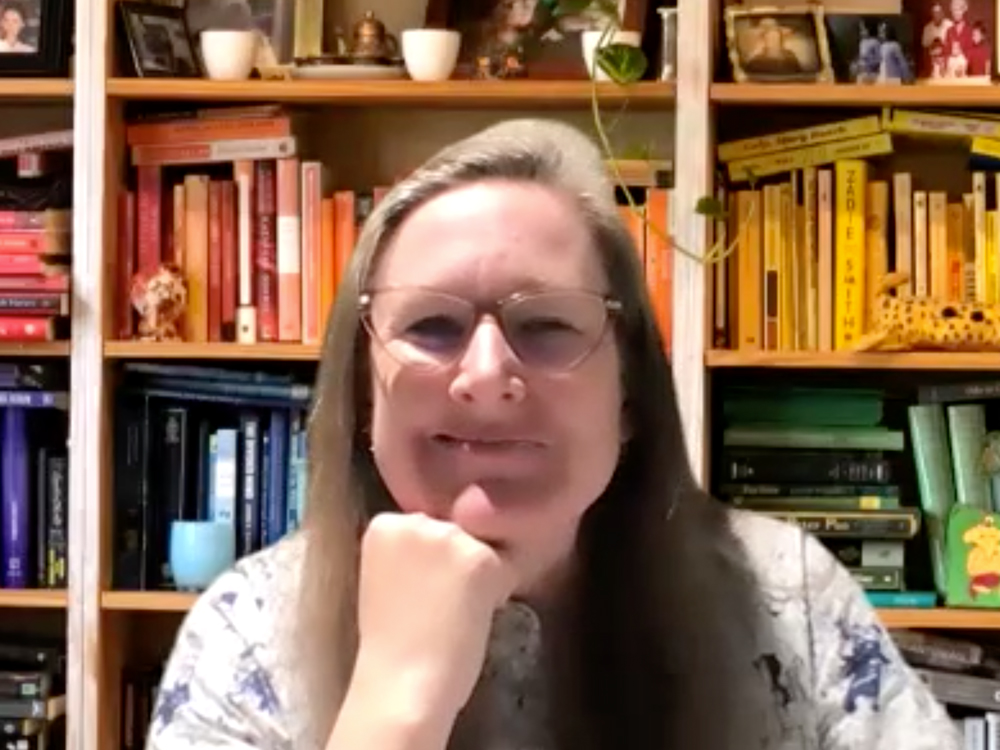 One Thursday evening in November, Pulitzer Prize finalist Sara Ruhl joined Berkman via Zoom to chat with some two dozen Smithies enrolled in Berkman’s Playwriting class—and several playwriting alums—about her work, her method and her approach to theatre.

Like many of the guest speakers in Berkman’s series this year, Ruhl and Berkman have worked together often during the theatre professor’s long career as a dramaturg. And so the vibe was cozy—Ruhl sat comfortably in front of a Zoom-backdrop bookcase cluttered with primary-colored animal prints and books shelved messily by a vague color code—and the  conversation flowed naturally, from the personal to the professional, from God to Circe.

They talked about their shared love of teaching.  (“It makes me hopeful and passionate about the field,” Ruhl said, “which has to come into your writing in some way.”)

They talked about the role of God in Ruhl’s work. (”In the New York theatre world we sometimes operate as if it’s an entirely secular universe,” Ruhl said. “But it’s pretty clear that theatre is our religion.”)

The students asked about “flow. How do you get there?” (“The tricky part is you can’t just get there,” Ruhl said. “So you have to prepare for it by sitting down—putting ass in chair.”) 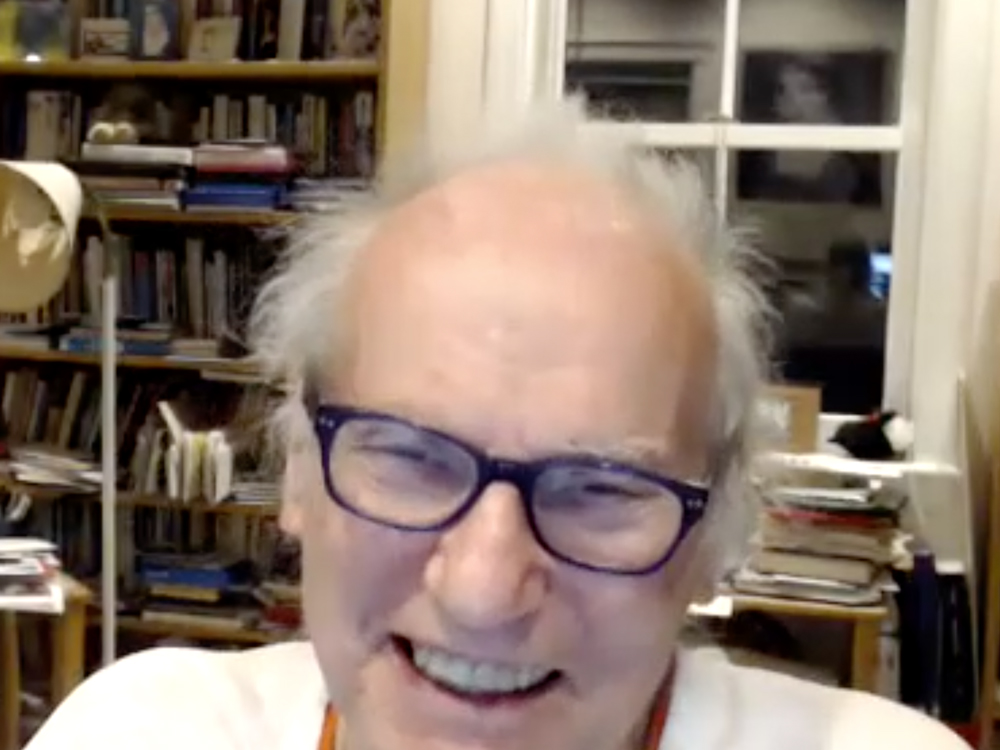 And they talked about parenting. “(I’ve watched you, and you are clearly a multitasker,” Berkman said, “And I wonder to what degree you feel the writing and the mothering work together in some kind of counterpoint.” “Well, after my first daughter, I feel like I figured out how to write again,” Ruhl said. “And then when I had three kids, it became much more difficult. … And the older my children get, the longer the forms I write in get. They grow, grow and grow again as the children grow.”)

Ada Comstock Scholar Lyza Fennell—a playwriting student in Berkman’s class—was participating in the conversation from her living room, when her 14-year-old daughter, Ruby wandered through. “Hey! We just got done performing her play ‘Eurydice’ in class!” exclaimed Ruby, a high school student at the Pioneer Valley Performing Arts Academy in South Hadley. And so Ruhl talked with Ruby, and then with the Smith students, about performing “Eurydice.” (“I still have my umbrella,” exclaimed Ulla Collins Axelson ‘24, who’d also appeared in “Eurydice”—opening the orange parasol to great effect in her Zoom screen.)

For Lyza Fennell, Berkman’s series has offered a rare opportunity to engage with “amazing, successful playwrights” from home. As a busy mom, “I wouldn’t necessarily have been able to go if this had been an in-person event on campus,” she points out. “And to hear that they’re human, just like we are—struggling with writers’ block, writing ideas down on scraps of paper—it’s been a great experience.”

All of this comes as no surprise to Sara Pruss, professor of geosciences and director of the Sherrerd Center, who notes that Zoom offers a guest-speaker experience that’s different from in-person.

“The speaker becomes part of the class,” Pruss says. “They’re part of the Zoom grid, just the way the students are. I think it frees students up to ask behind-the-scenes questions about all the ‘gossip’ that make science a human experience.”

To that end, Pruss is one of several faculty members who made a point of inviting alums to be guest speakers in her First-Year Seminar on Exobiology: Origins of Life and the Search for Life in the Universe. “I wanted my students to see how successful these alums are, how smart they are, how poised they are when they go off into the world. And when they talked with alums, the students were beaming.”

Many Smith professors who’ve hosted guest speakers via Zoom this semester say they’re likely to continue the guest-speaker Zoom experience even after in-person classes resume. “This is a discovery on my part!” Berkman exclaims, exuberantly. “This is something that I can do for my students. This is something I can sustain, and would like to do it more collaboratively, working with members of other departments.”

And the guest speakers are eager to continue, too. As David Henry Hwang said to Berkman, at the end of his guest-speaker presentation: “Just know: If you ask me back at any time, I’m yours.”