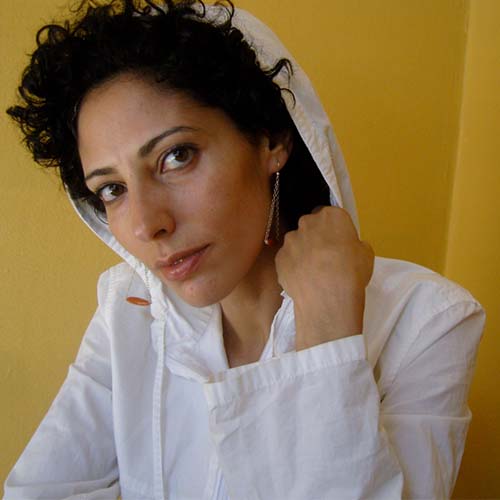 Twenty-six-year-old Palestinian-American poet and political activist Suheir Hammad has published a book of poems, Born Palestinian, Born Black, and a memoir, Drops Of This Story, and is prominently featured in Listen Up! An Anthology Of Spoken Word Poetry. Recipient of the Audre Lourde Writing Award from Hunter College, the Morris Center for Healing Poetry Award, and a New York Mills Artist Residency in Minnesota, Hammad is a frequent reader at New York reading venues, including numerous radio appearances, and has performed with The All That Band and Rhythms of Aqua. She has produced a documentary film, Half A Lifetime, and is writing a film entitled From Beirut To Brooklyn, based on her memoir. Naomi Shihab Nye has called Hammad’s work “a brave flag over the dispossessed.”

In addition to her work as a creative artist, Hammad has written and spoken out about issues such as the defense of Mumia Abu-Jamal, domestic violence, sexual abuse, racism, and homophobia. Currently a college student, Hammad also edits the literary journal Butter Phoenix and writes a literary column for “Stress” magazine.

our mothers and their lives of suffer

o.d. the tv and rip up the radio
less it plays only trane & marley & p.e.
kill the evil
& serve mankind
kill the evil &
service your humanity