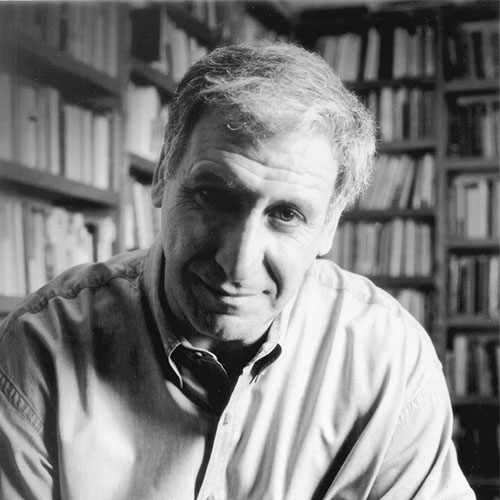 Since his arrival to the poetry scene 30 years ago, writer Edward Hirsch has risen to prominence, not only among poets and poetry lovers but also among a much wider American readership—thanks to his bestselling literary user’s manual, How to Read a Poem and Fall in Love with Poetry. Booklist noted that Hirsch “brings the full heat of his literary passion to this enlightening and deeply moving journey into the heart of poetry.”

Booklist has also called Hirsch’s poems “nearly incandescent in their sensuality,” and indeed they have long been admired for their tenderness, versatility, and reverence—for both the bodily and the spiritual. As Publishers Weekly has noted, Hirsch’s work is characterized by “formidable intelligence, wide reading, and an ambition to connect the poet’s own achievement with the great poetry of the past.” The Los Angeles Times Book Review notes “It takes a brave poet to follow Homer, Virgil, Dante, and Milton into the abyss.” While an increasing number of poets seem to be dedicated to the vigorous breaking of tradition, Hirsch is respects and makes wonderful use of his lineage. He considers his work “a conversation with other poets, with the many who have come before us, the great dead who have made our work possible.”

Hirsch’s work has appeared in The New Yorker, The New York Review of Books, American Poetry Review, and The Paris Review. His collections of poems include: Wild Gratitude (1986), On Love (1998), Lay Back the Darkness (2003), Special Orders (2008), and, most recently, The Living Fire: New & Selected Poems, drawn from a lifetime of “wild gratitude” in poetry. He’s also published five books of nonfiction, and serves as series editor of The Writer’s Word (Trinity University Press). From 2002 to 2005 he wrote the weekly column “Poet’s Choice” for the Washington Post Book World.

A native of Chicago, Hirsch has taught at Wayne State and the University of Houston, and now resides in New York, where he serves as president of the Guggenheim Foundation. Among his many, many honors are fellowships from the Guggenheim, , and Ingram Merrill Foundations, the Rome Prize from the American Academy in Rome, an Academy of Arts and Letters Award, and a Lila Wallace-Reader’s Digest Writers’ Award. In 2008, he was elected a Chancellor of the Academy of American Poets.

A Partial History of My Stupidity

Traffic was heavy coming off the bridge,
and I took the road to the right, the wrong one,
and got stuck in the car for hours.

Most nights I rushed out into the evening
without paying attention to the trees,
whose names I didn’t know,
or the birds which flew heedlessly on.

I couldn’t relinquish my desires
or accept them, and so I strolled along
like a tiger that wanted to spring
but was still afraid of the wildness within.

The iron bars seemed invisible to others,
but I carried a cage around inside me.

I cared too much what other people thought
and made remarks I shouldn’t have made.
I was silent when I should have spoken.

Forgive me, philosophers,
I read the Stoics but never understood them.

I felt that I was living the wrong life,
spiritually speaking,
while halfway around the world
thousands of people were being slaughtered,
some of them my countrymen.

So I walked on—distracted, lost in thought
and I forgot to attend to whose who suffered
far away, nearby.

Forgive me, faith, for never having any.

I did not believe in God,
who eluded me.

I wish I could find that skinny, long-beaked boy
who perched in the branches of the old branch library.

He spent the Sabbath flying between the wobbly stacks
and the flimsy wooden tables on the second floor,

pecking at nuts, nesting in broken spines, scratching
notes under his own corner patch of sky.

with his satchel of scrawls and scribbles,
radiating heat, singing with joy.

I sit in a corner of the town square
and let the ancient city move through me.
I sip a cup of coffee, write a little,
and watch an old woman sweeping the stairs.

Poland is waking up now: blackbirds patrol
the cobblestones, nuns rush by in habits,
and the clock tower strikes six times.
Day breaks into the night’s reverie.

The morning is as fresh and clean
as a butcher’s apron hanging in a shop.
Now it is pressed and white, but soon
it will be spotted with blood.

Europe is waking up, but America
is going to sleep, a gangly teenager
sprawled out on a comfortable bed.
He has large hands and feet

and his dreams are innocent and bloodthirsty.
I want to throw a blanket over his shoulders
and tuck him in again, like a child,
now that his sleep is no longer untroubled.

I’m alone here in the Old World
where poetry matters, old hatreds seethe,
and history wears a crown of thorns.
Fresh bread wafts from the ovens

and daily life follows its own inexorable
course, like a drunk weaving slowly
across a courtyard, or a Dutch maide
throwing open the heavy shutters.

I suppose there’s always a shopgirl
stationed in the doorway, a beggar taking up
his corner post, and newspapers fluttering
from store to store with bad news.

Poetry, too, seeks a place in the world—
Feasting on darkness but needing light,
taking confession, listening for bells,
for the first strains of music in a town square.

on the other side of the ocean,
innocent and violent, dreaming of glory.