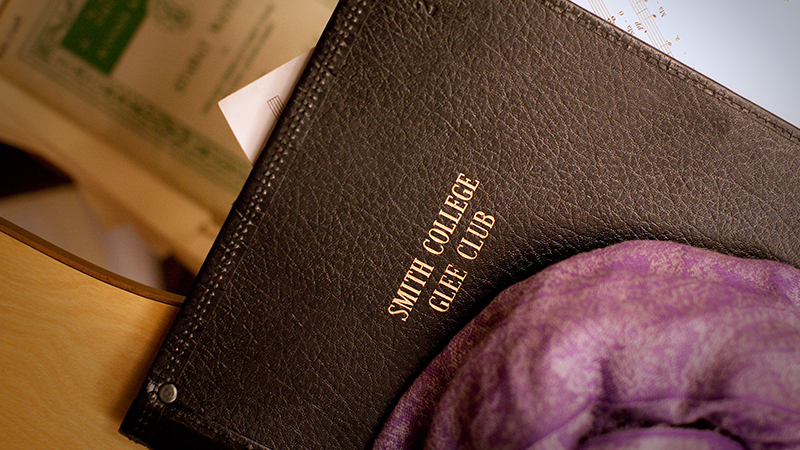 The music department is home to a lively community of faculty-directed performing ensembles. All students, majors and non-majors, are welcome in the department ensembles, which cover a wide variety of musical styles from all over the world.

The Smith Orchestra is conducted by Jonathan Hirsh and is open by audition to students with prior instrumental training. It rehearses one evening per week, with extra rehearsals and sectionals as needed to prepare for performances. The ensemble performs the classics of the orchestral repertoire, including key pieces from the Classical and Romantic periods, as well as works from the 20th and 21st century, some composed by Smith faculty and visiting artists. Recent composer residencies have included performances featuring Caroline Shaw and Reena Esmail. The orchestra performs several times each year, both in concerts featuring exclusively orchestral repertoire and in those where the orchestra combines forces with the Glee Club or other campus ensembles to explore works such as Orff's Carmina Burana and Beethoven's Ninth Symphony.

For more information about the Smith Orchestra, please contact the group's conductor, Jonathan Hirsh, at jhirsh@smith.edu.

The Smith Jazz Ensemble rehearses once a week for two hours and plays music designed to teach jazz ensemble concepts (phrasing, articulation, swing feel) as well as give improvised solo space for all members. Though favoring the typical "Big Band" instrumentation (including vocalist), other instruments are welcome on an "as-needed" basis. Performing a minimum of four times each academic year, the group counts tunes as done by Basie, Ellington, and Sinatra plus more contemporary tunes among its repertoire. The group accepts members with all levels of prior jazz training. The Jazz Ensemble is directed by Genevieve Rose, grose@smith.edu.

Playing in small ensembles allows for intimate music-making while exploring great works from the repertory. Groups, formed ad hoc or in consultation with faculty, may be eligible to register each semester for weekly coachings (1 credit). In recent years works from Bach to Brahms to Reich have been explored. Preference is given to students studying instruments or voice at Smith.

Rehearsing once a week for 90 minutes, this ensemble provides Smith students with the chance to explore the standard (and less-standard) wind ensemble repertoire. Recent performances have included the music of Bernstein, P.D.Q. Bach, Holst, Grainger, Danny Elfman and Sousa. Instrumentalists of all abilities are welcome, as are students from the Five College community. No audition is required. The Wind Ensemble is directed by Meghan MacFadden, mmacfadden@smith.edu, and presents two main concerts per year and additional appearances around campus.

Started in 2005, the Wailing Banshees are Smith's Irish/Celtic music ensemble. The group is made up largely of fiddles, flutes, whistles and even bagpipes, with a rhythm section that can consist of guitar, bodhran, mandolin and even cello! The Banshees rehearse two hours per week and give two full concerts per year, and are often in demand at various events on- and off-campus. Their music is largely Scottish and Irish but includes all the Celtic lands and ranges in style from more modern arrangements, to sean nos and ceili band. The ensemble is open to all Five College students with permission of the director, Ellen Redman, eredman@smith.edu.

The Smith Gamelan is a performance group dedicated to the study of Central Javanese gamelan, one of the great musical traditions of Indonesia. The group was founded in 1995 as a way to introduce Five College students to this unique musical tradition and it is directed by Maho Ishiguro, Lecturer of Music at Yale University. The group meets once a week during the school year and presents a performance at the end of each semester.

Membership in the Smith Gamelan is open to students, staff and faculty of the Five College community. Questions can be directed to Phil Acimovic at pacimovic@smith.edu.

The Smith Chinese Music Ensemble is a performance ensemble dedicated to exploring the modern Chinese ensemble and a variety of Chinese music styles. The group is made up of a variety of traditional Chinese instruments including plucked lutes and zithers, hammered dulcimer, bowered fiddles, and bamboo/reed flutes. It is designed to be hands-on and experiential, encouraging students to explore the basic ideas of Chinese music and culture through weekly rehearsals, practices, and performances. The ensemble is directed by Joy Lu, meets once a week for 90 minutes, and presents at least one concert per semester.

The ensemble is open by audition or permission of the director. For more information or questions, please contact Joy Lu at clu24@smith.edu

For more than a century, thousands of Smith students have gathered to form an extraordinary community of singers. From Sage Hall’s renowned Sweeney Auditorium, to John M. Greene Hall, the sounds of united voices can be heard. A heartfelt tradition is carried on, and lifelong friendships are formed.

Director of Orchestral and Choral Activities since 1997, Jonathan Hirsh continues the longstanding tradition of excellence established by the iconic Iva Dee Hiatt, Director of Choirs from 1948-1977. Under Hirsh’s direction, the Smith College Choirs have performed twice at regional conferences of the American Choral Directors Association and twice at national conferences of the National Collegiate Choral Organization.

Since the 1950s, the Assistant Director of Choral Activities has been a rotating position held by numerous young conductors who have gone on to successful college teaching careers. Paige Graham has held this post since 2021.

Visit the Smith College Glee Club and Chamber Singers on:

Formed in 1885, the Smith College Glee Club performs annually at Commencement and Christmas Vespers; on Family Weekend, for Autumn Serenade, and at college events including Opening Convocation and Rally Day. The Glee Club selects music from a diverse repertoire, including major works for treble voices, jazz, contemporary, folk music of the U.S. and from international traditions. Guest choirs from such universities as Harvard, Rutgers, Cornell, Michigan and Virginia regularly come to campus to collaborate on a major work. Recent performances have included A Night at the Opera: Celebrating the Achievements of African American Singers featuring narrator George Shirley, Haydn’s Lord Nelson Mass, and Brahms’ Ein Deutsches Requiem. Auditions for Glee Club are normally held during orientation and in the first two weeks of classes in both semesters.

“I met my best friends during my first weeks in the Smith College Chorus. The group gave me an immediate sense of home and belonging in college.”

Members of the Glee Club are eligible to audition for the highly selective Smith College Chamber Singers. The internationally known Chamber Singers have performed throughout the world since 1951. Touring normally every two years, the program provides financial assistance enabling all members to travel regardless of financial need. Auditions for Chamber Singers are held during orientation, in the first two weeks of classes in the fall semester and, occasionally, before the spring semester.

Beginning singers of all class years are welcome to take Introduction to Choral Singing, a class in which students learn to read music and establish a healthy vocal technique. The course includes one informal performance at the end of each semester.

Introduction to Choral Singing, Glee Club and Chamber Singers meet once or twice per week in the late afternoon/early evening.

Formerly the Smith Chamber Music Society, the Sage Chamber Music Society is a faculty ensemble which gathers colleagues and friends dedicated to performing chamber music from baroque to new. The musicians are available for workshops, lectures and outreach performances. Please contact Joel Pitchon for more information.

Please see the Performance Calendar for information on upcoming performances.

“There is an instantaneous sense of belonging I feel when I sing with a choir. This kind of connectivity has enriched my time at Smith and has continued into Glee Club. I cannot imagine what my experience at Smith would be without Chorus and Glee Club.”