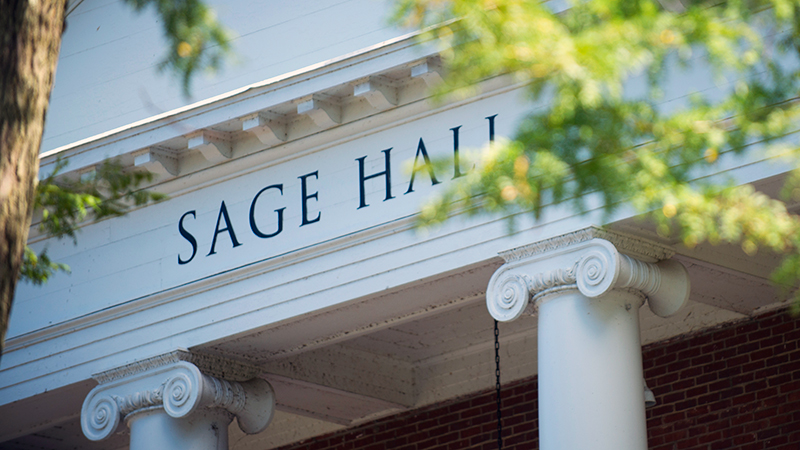 “The cultural value of music to the college student is nowhere more highly emphasized than at Smith.”

So wrote Henry Dike Sleeper, long-time chair of the music department in the early years of the 20th century. The department was formed in 1903 and included a series of professional concerts, or “concert course,” that brought many celebrated musicians to the campus—among them Sergei Rachmaninoff, who played his first concert in America here in November 1909. Until the early 1970s, the “course” continued to offer Smith audiences such organizations and artists as the Boston Symphony Orchestra, the Cleveland Orchestra, Rudolph Serkin and Marilyn Horne.

Smith's long commitment to musical performance and study is demonstrated by the impressive list of musicians who have taught at the college, which includes composers Roger Sessions, Ross Lee Finney, Alvin Etler and John Duke, who taught in the department for more than 40 years. From 1939 to 1950, one of the world's greatest musical scholars, Alfred Einstein, taught music history at Smith and helped to enrich the extraordinary holdings of the music library soon named for his colleague, composer/conductor Werner Josten. Among the distinguished performers who have served on the faculty are Philipp Naegele, a violinist and violist who was a founding member of the Marlboro Music Festival; Ernst Wallfisch, a celebrated violist who, with his wife the pianist Lory Wallfisch, performed in venues around the world; and Iva Dee Hiatt, the choral conductor who developed Smith’s choral ensembles into some of the best in the country.

The Smith College Music Department is busy making music throughout New England and the world. Below are some live recordings or CD selections of our faculty members and students.