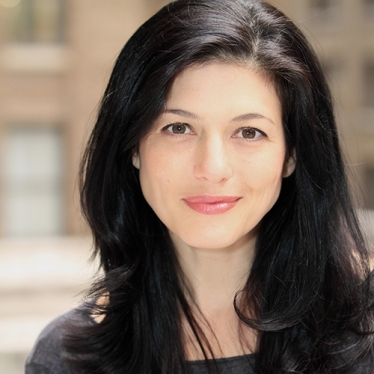 Tara Franklin teaches acting as well as serving as a guest director for the theatre department. Outside of Smith, she works as a professional actor and the associate artistic director and director of education at the Chester Theatre Company in Chester, Massachusetts.

As an actor, Tara has been performing professionally for 20 years. In Chicago, she worked with the renowned Lookingglass Theatre Company in their world premiere of A Manuscript Found in Saragossa, as well as with the show Gravid Water at Improv Olympic. New York credits include Me, My Guitar and Don Henley; The Secretaries; and a two-year stint in Punch Drunk’s long-running Sleep No More, at the McKittrick Hotel. Franklin has performed extensively with the Berkshire Theatre Group, where she was seen in Naked, At Home At The Zoo, The Homecoming, Mary & Edith, The Lion In Winter, The Puppetmaster of Lodz, Birthday Boy, The Guardsman, Ghosts, A Man For All Seasons, Educating Rita, Amadeus, Equus, The Misanthrope, Peter Pan, Dimetos and A Dream Play. At the Nebraska Shakespeare Company in Omaha, she performed in Hamlet, A Midsummer NIght’s Dream, King Lear, Much Ado About Nothing, Henry V and Love’s Labors Lost. With the Chester Theatre Company, Franklin performed in Sister Play, Bar Mitzvah Boy, and most recently, the one-woman show On The Exhale, for which she won the Berkshire Theatre Critics Association award for best solo performance in 2019.

Formally trained in the Suzuki Method of Actor Training, Tara has conducted numerous workshops throughout New England. She has had the privilege of working at Berkshire Community College and Montclair State University before coming to Smith, teaching a wide range of courses from Theatre History, Movement for the Theatre and Acting the New American Play. In 2013, she served as the head of the Berkshire Theatre Group’s apprentice program, where she continues to introduce young actors to the Suzuki Method each summer. As director of education with the Chester Theatre Company, she recruits and oversees groups of college-aged interns who spend their summer learning and working in the areas of production, stage management, directing and arts administration.