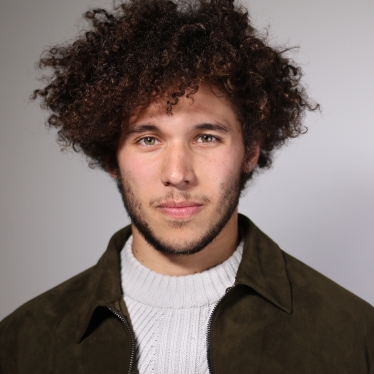 Miguel Alejandro Castillo is a queer, interdisciplinary artist born and raised in Caracas, Venezuela. A choreographer, director, installation artist, theater devise and performer, he is drawn to the permeability of art forms and the new inquiries that arise from cross-disciplinary and multicultural collaborations.

Castillo has worked as the assistant choreographer and dancer for Bernstein’s MASS, presented at the Walt Disney Concert Hall and at Geffen Hall at Lincoln Center. He was the rehearsal director for Glass-Handel, an immersive, multimedia opera installation. He is currently the movement director for Prisoner of The State, a new opera by David Lang commissioned by the New York Philharmonic. As a dancer, Miguel has performed in the U.S and internationally in the works of Tzveta Kassabova, Scotty Hardwig, Maree ReMalia, Andrea Olsen, Lida Winfield, Laurel Jenkins, Peter Schmitz and Delfos Danza Contemporánea. In addition, he is a member of Agile Rascal Bicycle Touring Theatre and an artistic collaborator of Double Edge Theatre.

Miguel engages with the creative process as a practice in community building, as a means to elaborate the potentials of our physicality and as an opportunity to draw attention to our shared humanity. Through this work, he wields imagination both to discover what is true and to expand the realm of what is possible.

Castillo holds a bachelor’s in dance and theatre from Middlebury College, where he received the Andrea Olsen Prize for Interdisciplinary Work in Dance and is a proud United World College alumnus.