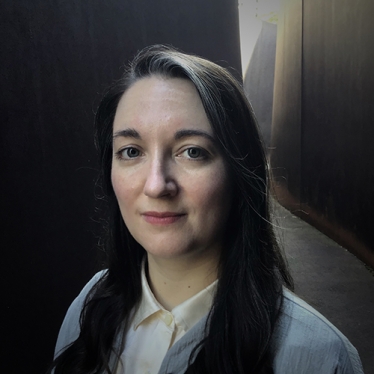 Maureen DeNino specializes in nineteenth-century French literature and culture. She teaches French-language courses, as well as courses on “island paradise” in the French cultural imagination and nineteenth-century media and popular culture. Her research explores the relationship between French colonial culture, literature, and the press, with a focus on daily newspapers, illustrated weeklies, and comparative colonialisms across Europe. Her dissertation, “Actualité coloniale: Colonial Literature and the Press, 1877-1898,” is a study of nineteenth-century colonial literature as a product of the daily press and expanding global information networks. She has published articles on Tahiti and its place in the French cultural imagination, and on trans-European movement of images of the pétroleuse, the storied women arsonists of the Paris Commune. Her book project, The Paper Colony, will examine how a late nineteenth-century conman mobilized eighteenth-century representations of Pacific island paradise in order to dupe investors and fund a fraudulent colonial venture, the “colonie libre de Port-Breton.” The Paper Colony will approach the Port-Breton colony as a media affair, situating the scam and subsequent press frenzy in the history of nineteenth-century mediatized scandals more broadly.

Maureen has taught French language and literature at Princeton University and the University of Colorado, Boulder. Before entering academia, she taught elementary school English for two years in France (in Nevers and Nancy) as part of the Teaching Assistant Program in France (TAPIF).