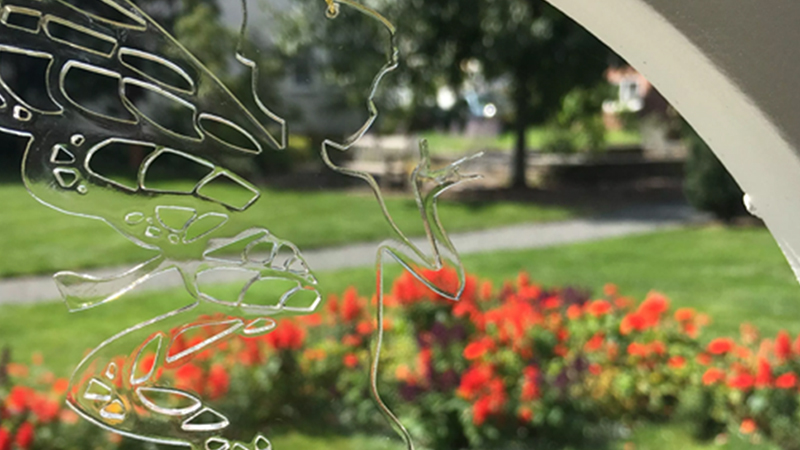 Children are often eager to prove how mature and responsible they are, but showing excitement and curiosity is often viewed as child-like naïveté, causing pre-teens to quickly leave their imaginations and wonder behind. Why does being “Adult” mean being jaded? My Missing Fairy project is a dissent against the idea that after a certain age we are meant to view the world as less magical than it is.

Fairies represent the wonder and awe exploring the world can bring. Each flower, sunrise or new face you meet is unique, and celebrating the beauty and excitement of each moment makes it all the more special. In pop culture, fairies represent the idea that believing can make the impossible true through Tinker Bell and Peter Pan.

The world holds some pretty awful things and people. And it is important to take action to right the wrongs that exist. But if we neglect our wonder, love, and curiosity of the good in the world, what do we have to believe in?

Tiny people with wings may not dance through the flowers, but fantastic, beautiful creatures do. A man with a red suit may not live on the North Pole, but the love and goodwill he represents are real.

And that is magic.

To represent these ideas, I have laser-cut a clear fairy figure that can be hung in gardens. It is rather difficult to spot if you aren’t looking for them, but it reminds me of the outlined empty spaces used to represent missing objects in cartoons. The full version of this project would have fairies of many different styles placed around the campus to be spotted by those with eagle eyes. After becoming aware of their existence, a person might keep their eyes peeled for the rest, creating moments of wonder and curiosity, the magic fairies are made of.