The Department of Theatre presents a series of informal conversations with noted playwrights and theatre artists.  Len Berkman, Anne Hesseltine Hoyt Professor of Theatre, conceived of the series as a way to connect his students to successful theatre professionals during a remote semester. Emily Wiest ’12, who studied writing at Smith and recently completed her master’s degree with the Columbia University playwrighting program, is coordinating the series and will serve as co-host, making introductions for Len and guests. While open to the Smith and Five College community, the series is intended to give students a chance to ask questions and be in dialogue with established theatre artists. To attend, email ncbeck@smith.edu for Zoom link.

Kathleen Tolan’s play Memory House premiered at Playwrights Horizons in Spring ‘05, and has been produced at many theatres, including the Actors Theatre of Louisville, Victory Gardens, Seattle Rep and Trinity Rep. Other plays include Kate’s Diary (Playwrights Horizons and the Public Theatre), A Girl’s Life (Trinity Rep), The Wax (Playwrights Horizons) and A Weekend Near Madison (Actors Theatre of Louisville, Astor Place Theatre). Other plays include The Cottage, I Was Reading a Novel by Javier Marías, and Acting School. She has recently completed a novel called Bicycle Note May to August. She has written for TV and film. Her plays have been published by Samuel French, Dramatist Play Service, Playscripts and various anthologies. Commissions include from the Public Theatre, Playwrights Horizons, Classic Stage Company, Trinity Repertory Theatre and Seattle Repertory Theatre. She received a McKnight Fellowship, a Calder Fellowship, a Thornton Wilder Fellowship, a NYFA Fellowship, two Sundance Residencies (one at UCross), and was a finalist for the Susan Blackburn Prize. Residencies at Yaddo, the MacDowell Colony (multiple times), and Hedgebrook. Her plays have been published by Samuel French, Dramatist Play Service and Playscripts. She is an Associate Professor and Head of MFA Playwriting at Mason Gross School of the Arts, Rutgers, and teaches a playwriting class at Barnard College.

Thursday, October 8 at 7 p.m.
David Henry Hwang, playwright
David Henry Hwang’s stage works includes the plays M. Butterfly, Chinglish, Yellow Face, Kung Fu, Golden Child, The Dance and the Railroad, and FOB, as well as the Broadway musicals Elton John & Tim Rice’s Aida (co-author), Flower Drum Song (2002 revival) and Disney’s Tarzan. Hwang is a Tony Award winner and three-time nominee, a three-time OBIE Award winner, and a three-time Finalist for the Pulitzer Prize. He is also the most-produced living American opera librettist whose works have been honored with two Grammy Awards, co-wrote the Gold Record Solo with the late pop icon Prince, and worked from 2015-2019 as a Writer/Consulting Producer for the Golden Globe-winning television series The Affair. He is currently writing the live-action musical feature film The Hunchback of Notre Dame for Disney Studios and a movie to star actress Gemma Chan. Hwang serves on the Board of the Lark Play Development Center, as Head of Playwriting at Columbia University School of the Arts, and as Chair of the American Theatre Wing, founder of the Tony Awards. M. Butterfly recently returned to Broadway in a revival directed by Julie Taymor, which marked Mr. Hwang’s eighth Broadway production. His newest work, Soft Power, a collaboration with composer Jeanine Tesori (Fun Home), premiered at Los Angeles’ Ahmanson Theatre, where it won six Ovation Awards. Its subsequent run at the Public Theatre in NYC received four Outer Critics Honors, eleven Drama Desk Nominations, and was a Finalist for the 2020 Pulitzer Prize in Drama.

Tuesday, October 27 at 7 p.m.
Lynn Nottage, playwright
Lynn Nottage is a playwright and a screenwriter, and the first woman in history to win two Pulitzer Prizes for Drama. Her plays have been produced widely in the United States and throughout the world including Floyd’s, Sweat, Mlima's Tale, By the Way, Meet Vera Stark, Ruined, Intimate Apparel, Fabulation, or the Re-Education of Undine Crumbs from the Table of Joy, Las Meninas, Mud, River, Stone, Por’knockers and POOF!. Musical librettos include The Secret Life of Bees and MJ (upcoming). She has also developed This is Reading, a performance installation in Reading, Pennsylvania. Ms. Nottage is the recipient of a MacArthur "Genius Grant" Fellowship, among other awards, and is an Associate Professor at Columbia University School of the Arts.

TBA, November
Sarah Ruhl, playwright
Sarah Ruhl’s plays include In the Next Room, or the vibrator play, The Clean House, Passion Play, Dead Man’s Cell Phone, Melancholy Play; For Peter Pan on her 70th Birthday, The Oldest Boy, Stage Kiss, Dear Elizabeth, Eurydice, Orlando, Late: a cowboy song, and a translation of Three Sisters. She has been a two-time Pulitzer prize finalist and a Tony award nominee. Her plays have been produced on and off-Broadway, around the country, and internationally where they have been translated into over fifteen languages. Originally from Chicago, Ms. Ruhl received her M.F.A. from Brown University where she studied with Paula Vogel. She has received the Steinberg award, the Sam French award, the Susan Smith Blackburn award, the Whiting award, the Lily Award, a PEN award for mid-career playwrights, and the MacArthur award. You can read more about her work on www.SarahRuhlplaywright.com. Her new book 100 Essays I Don’t Have Time to Write was a Times notable book of the year, and she most recently published Letters from Max with Max Ritvo. She teaches at the Yale School of Drama, and she lives in Brooklyn with her family.

Tuesday, December 1 at 7 p.m.
Charles Mee, playwright
Chuck Mee has written Big Love, True Love, First Love, bobrauschenbergamerica, Hotel Cassiopeia, Orestes 2.0, Trojan Women A Love Story, Summertime and Wintertime among other plays--all of them available on the internet at www.charlesmee.org. His plays have been performed at the Brooklyn Academy of Music, American Repertory Theatre, New York Theatre Workshop, the Public Theatre, Lincoln Center, the Humana Festival, Steppenwolf, and other places in the United States as well as in Berlin, Paris, Amsterdam, London, Brussels, Vienna, Istanbul and elsewhere. He was honored with a full season of his plays at the Signature Theatre. Among other awards, he is the recipient of the Award of Merit in drama from the American Academy of Arts and Letters, and of the Richard B. Fisher Award. He is also the author of a number of books of history, and the former Editor-in-Chief of Horizon magazine, a magazine of history, art, literature, and the fine arts. His work is made possible by the support of Jeanne Donovan Fisher and Richard B. Fisher. 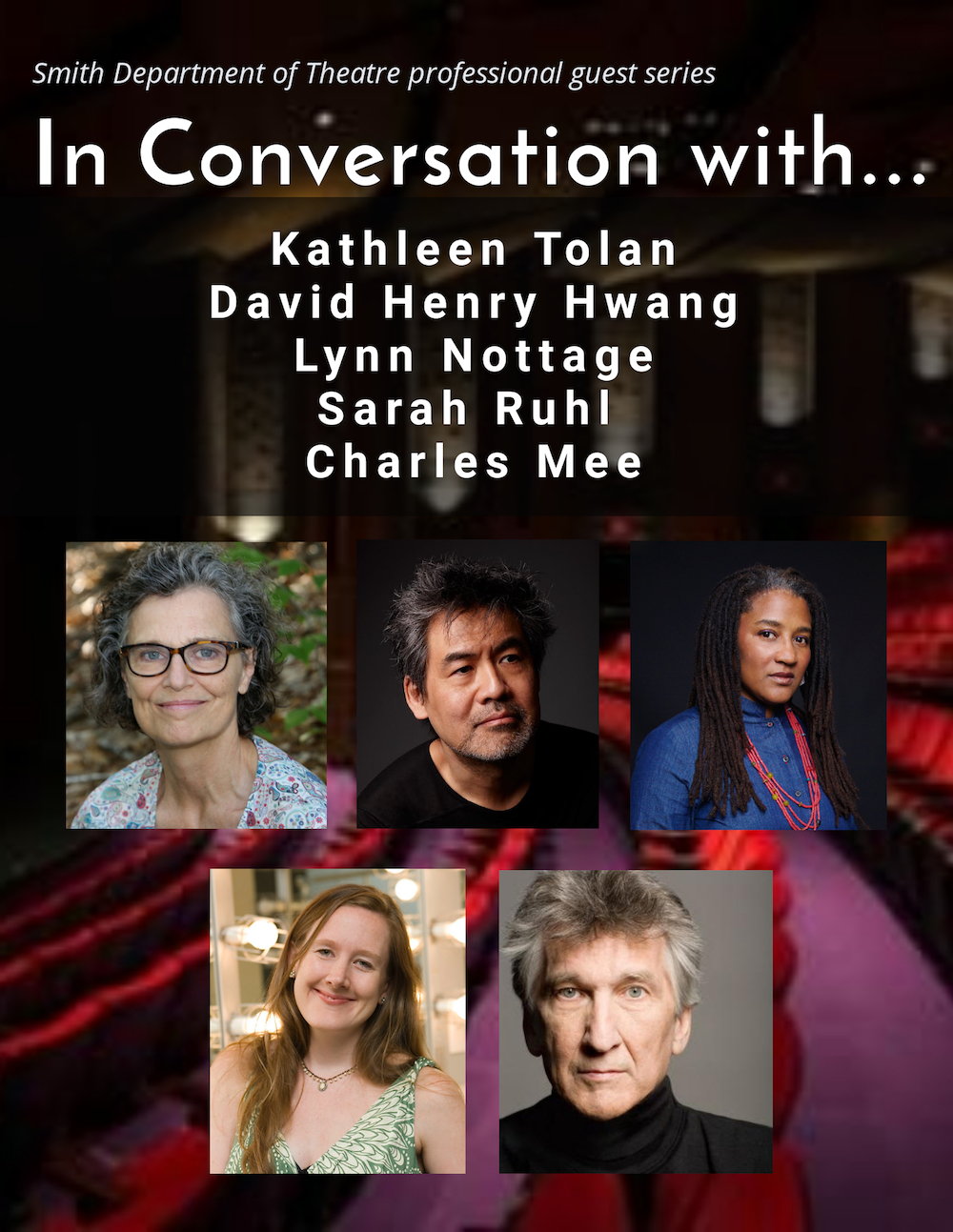